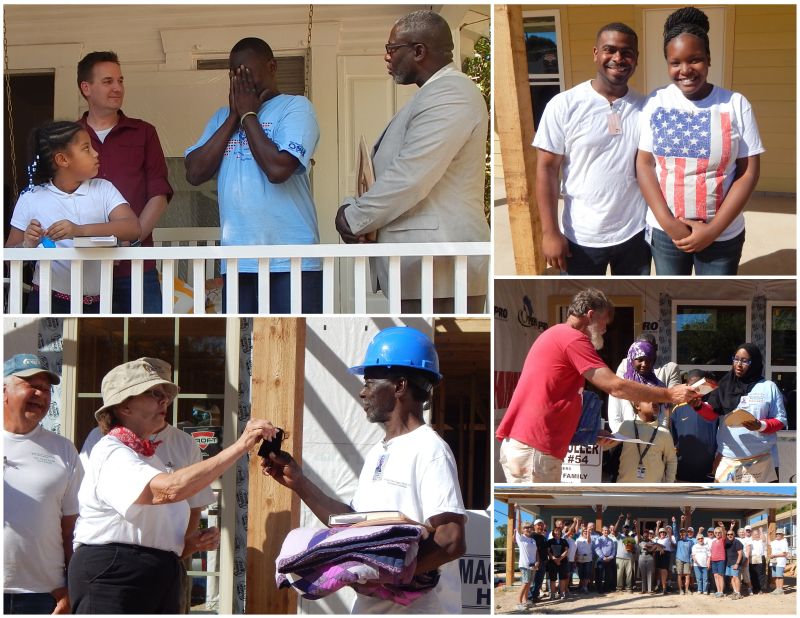 If you would like to contribute to our
annual campaign and help build a better
world in 2016, please click here.

Meanwhile, I’d like to share a experience that confirms what we already know — your support of this ministry truly changes lives …

At the end of September, I joined dozens of volunteers, supporters. local leaders and homeowners in Shreveport, Lousiana, for the 2015 Millard Fuller Legacy Build, an annual event that celebrates the legacy of The Fuller Center for Housing’s founder, a man who dedicated his life to eradicating poverty housing around the world.

On the final day of the build as we dedicated four new houses, a rehabbed home and even a side project getting the badly needed Fuller Grocery ready to open in this food desert, I thought of how I could look around from the middle of this build in the heart of the neighborhood known as Allendale and see everything this ministry is about and how your support changes lives.

Of course, that’s just Shreveport. I could go on about how this scenario has been repeated in neighborhoods of Indianapolis and Louisville; how you’ve lifted people out of a cycle of dependency in Haiti; how you’ve turned a poor Nicaraguan fishing village into a thriving, healthy community; how you’ve protected Nepali families from the recent earthquake and are protecting more from future earthquakes. Whether you’re funding a wheelchair ramp in Georgia, a solid roof in Ohio or a new home in Armenia, you’re changing lives.

So, thank you for your support of our ministry and for helping us be the hands of God throughout the world. We look forward to continuing to build a better world, one house at a time.

Thank you for offering a hand-up to families
have simple, decent places to live!