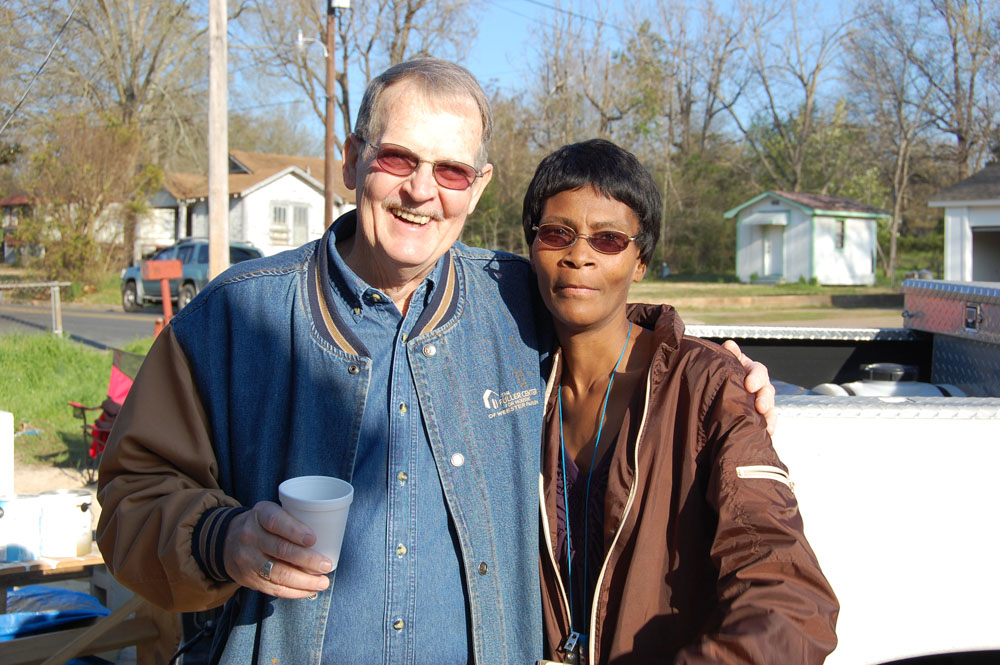 Three years might seem like a long time to wait for a house, especially if you are living in a one-room shack with a teenage boy. But Minnie Hawkins, recipient of a Fuller Center house in Minden, La., spoke only of appreciation and patience.

"Nothing is going to happen until the Lord is ready for it to happen," Minnie said. "If you don’t have patience, life will pass you by. You can’t pass life by."

For the 5th anniversary build, Webster Parish Fuller Center – with the help of Fuller Center RV Builders – is finishing Minnie’s new, three-bedroom house. It is grey trimmed in dark purple – a color she picked out. By the end of March, she and her 14-year-old grandson, Khalil, will move in to private bedrooms, a full kitchen and functioning bathrooms.

Despite having trouble finding a lot, which was part of what caused the three-year construction delay, Minnie is more than happy because her neighbor is none other than her mother. The backyard, which she and her brother have been clearing, is big enough to host the family’s annual reunions. 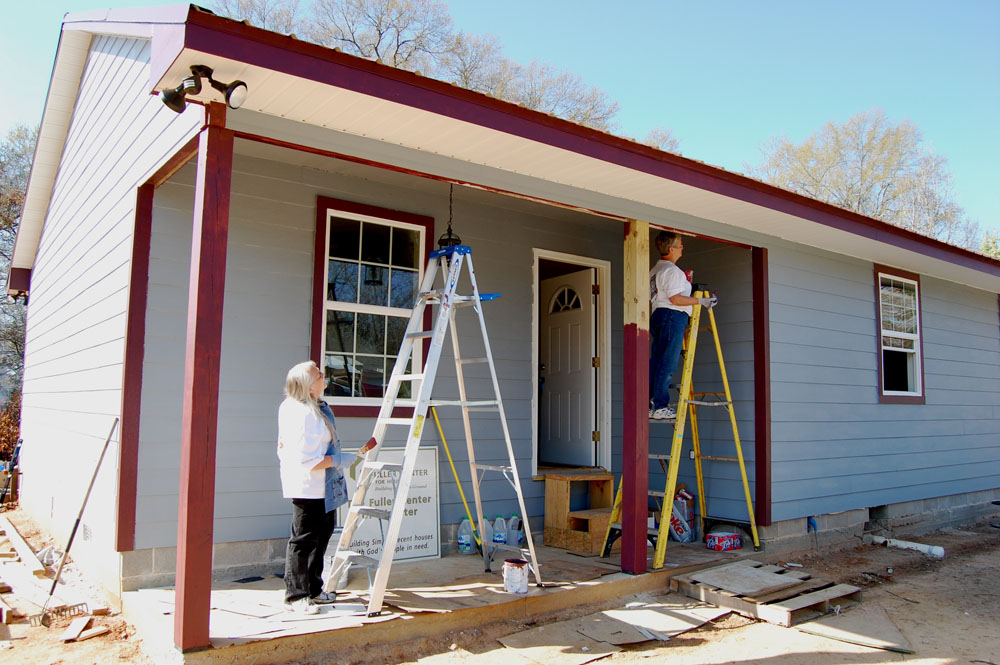 But the project has been rewarding for those other than Minnie and her family. Melissa Foster, the field coordinator for Fuller Center of Webster Parish, the local covenant partner, described the work as instant gratification.

"I don’t think you could ask for a better job. I love to get to know the homeowners and coordinate something they’ve never been able to do before," said Melissa. "Take Ms. Minnie. Those are her colors [on the house]. And she wanted the metal roof. So we organized that for her."

Melissa has worked on eight houses so far and remembers each one specifically. "Once you become a Fuller or a Habitat person, you become part of a family," she said. "It’s not like you’re white and I’m black and she’s yellow and he’s orange. It’s a family and nobody is going to take that away from us." 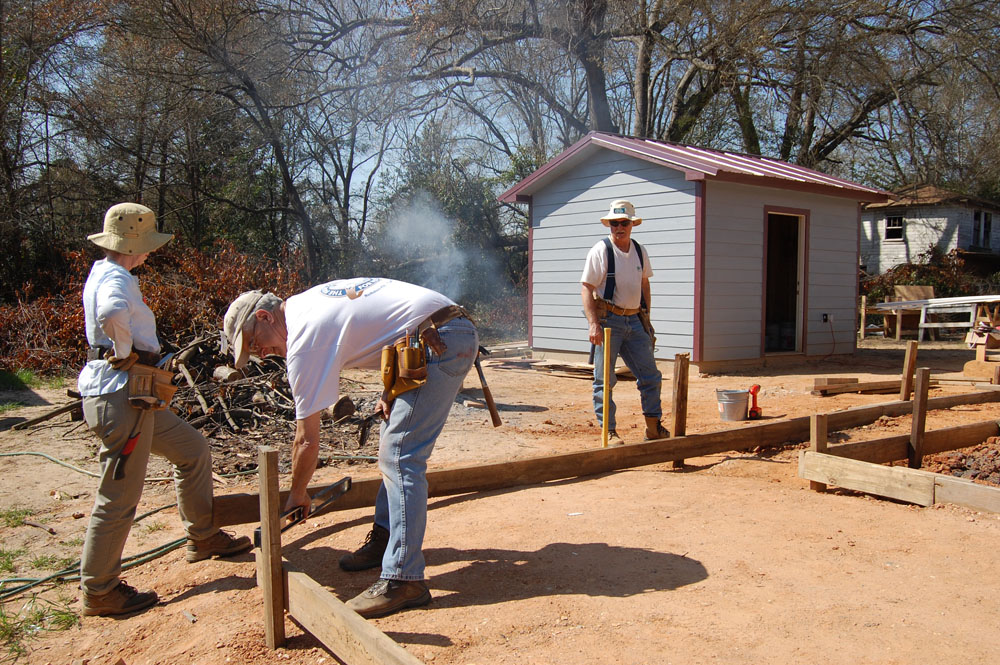 Standing on the front porch of her new home to watch the volunteers before she returned to work, Minnie’s thoughts were focused on expanding the Fuller family.

"I have to get some applications to pass around to these houses," she said, referring to the paperwork required to apply for a house. She has already worked on three other Fuller Center projects in the area and just wants to keep helping.

Be sure to keep up with the 5th Anniversary page this week for even more in-depth updates on the three, 5th anniversary build locations and their five homes.

You can still help: Donate $5, $50 or $500 in honor of The Fuller Center’s 5th anniversary and help to ensure that the next five years are even better!