Thanks to a $15,000 grant from Wells Fargo, construction on a new community building on Kononia Farm is almost underway.

“It’s a tremendous opportunity, and we were happy to support it,” Connie Bryant, Wells Fargo’s vice president and senior 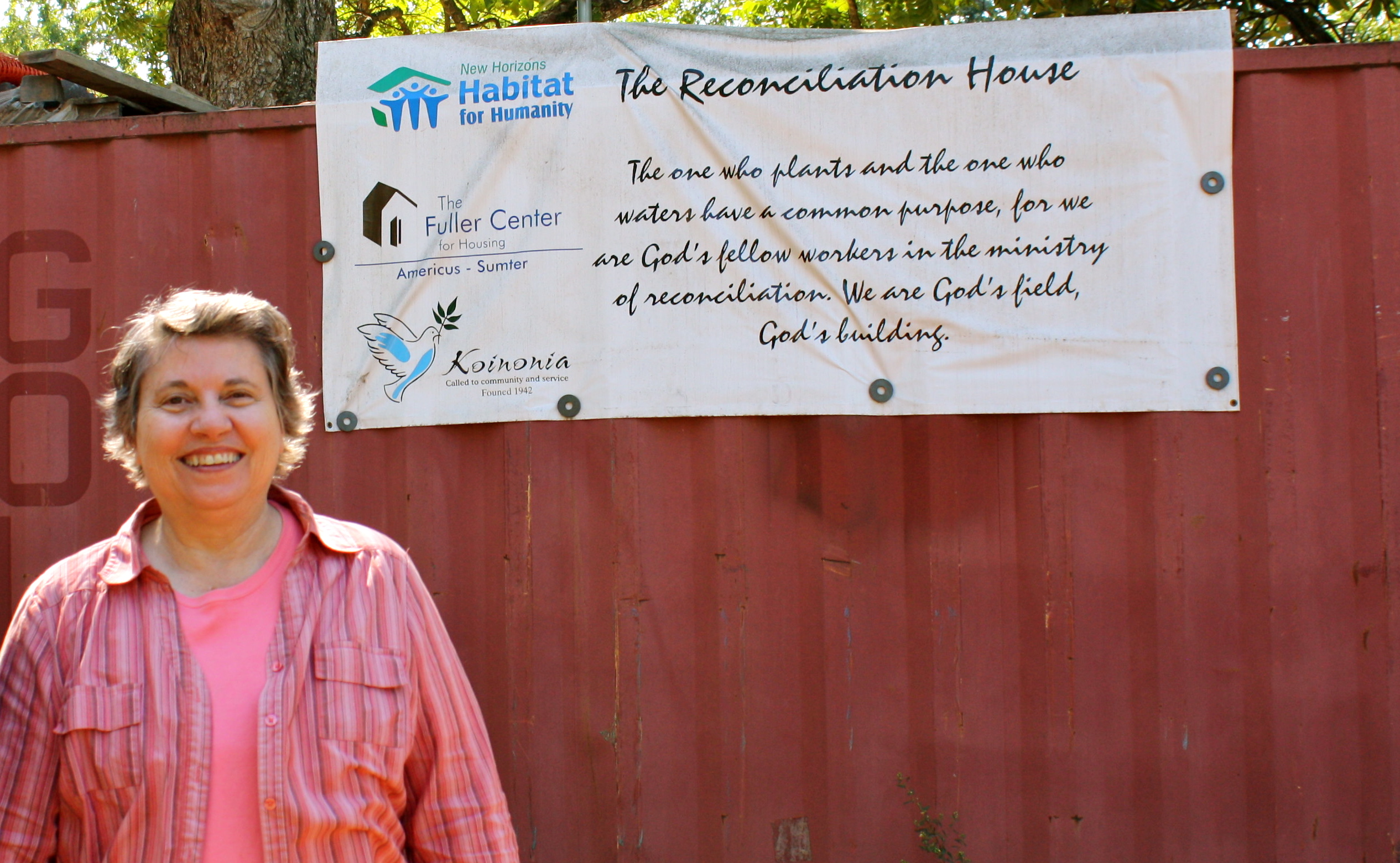 community development officer for the Greater Georgia region, said of the project.

Both The Fuller Center for Housing and Habitat for Humanity were started by Millard and Linda Fuller, who lived on Kononia Farm during the 1960s and 70s. As such, Koinonia is seen as the birthplace of both organizations. Both organizations now fight to eliminate poverty housing.

It’s with this shared background and mission that both organizations will work together to build the new community building, which has been deemed the “partnership house,” or the “reconciliation house.”

“Koinonia has all of these people coming all the time. And we have a limited amount of space, so the idea was to build something so more people can come here,” Bren Dubay, executive director of Kononia, said. “It’s a teaching house, it’s a demonstration house. It’s a place for spiritual renewal.”

So far, The Fuller Center has donated all the walls, and the local Habitat for Humanity chapter, New Horizons, has donated the money for the foundation.

“Both places will continue to help us try to find the donations, materials, and money to build the house,” Dubay said. “Now we have all the money to do the pre foundation work, and the foundation work – All that we’ve received so far will help us get the shell of building done, and to weatherize it.”

Construction will begin shortly after the building and sewer permits are acquired, which will likely happen sometime this week, according to construction supervisor Craig Martindale.

“It’s going to be as energy-efficient as possible,” Martindale added.

Wells Fargo staff members will also volunteer on the construction of the house on October 22 as part of the bank’s statewide day of service.

“We are thrilled to be able to provide grant dollars, as well as human capital to support the initiative,” Bryan said.

In addition to the partnership house at Koinonia, Wells Fargo is also contributing to other Fuller Center projects around the state, most notably to the “Turn Back the Block” initiative spearheaded by the Augusta-Harrisburg Fuller Center for Housing.

Turn Back the Block is a community initiative to renovate the Harrisburg area, which is rife with crime.

“It used to be a nice area, but it has slowly degenerated … Blight is a slow process, but it’s hard to get rid of once it’s there,” Kirk Lyman-Barner, The Fuller Center’s director of U.S. programs, said.

Lyman-Barner, who just returned from a visit to Augusta, said there were 225 calls made to the police the week before he visited – most of which were from assault, battery and theft.

Wells Fargo recently approved a $15,000 grant to assist in “turning back the block,” and reducing crime in the neighborhood.

Another way the philanthropic-minded bank is helping non-profits such as The Fuller Center is through their unique financial literacy program, called Hands on Banking.

Hands on Banking is a comprehensive, interactive financial education curriculum for adults, young adults, kids and teens, as well as small business owners.

“Their financial literacy program is a great resource that I encourage Covenant Partners and Fuller Center homeowners to utilize,” Lyman-Barner said.

The free courses are offered in both English and Spanish, and are available online as well as by CD.

“It’s easily accessible and easily delivered by an organization such as The Fuller Center,” Bryant said.

Through these programs and projects throughout the state, Wells Fargo has proven to be a partner in The Fuller Center’s vision of healthier homes and communities.