We started the day with a service in the chapel at the Vine Street Disciples of Christ Church. This small chapel is separate from the main sanctuary, and our group of several dozen made up more than half of the congregation. The cyclists sat amongst the parishioners, and Rev. Thomas Kleinert wove the story of our journey into his service, inspiring us. 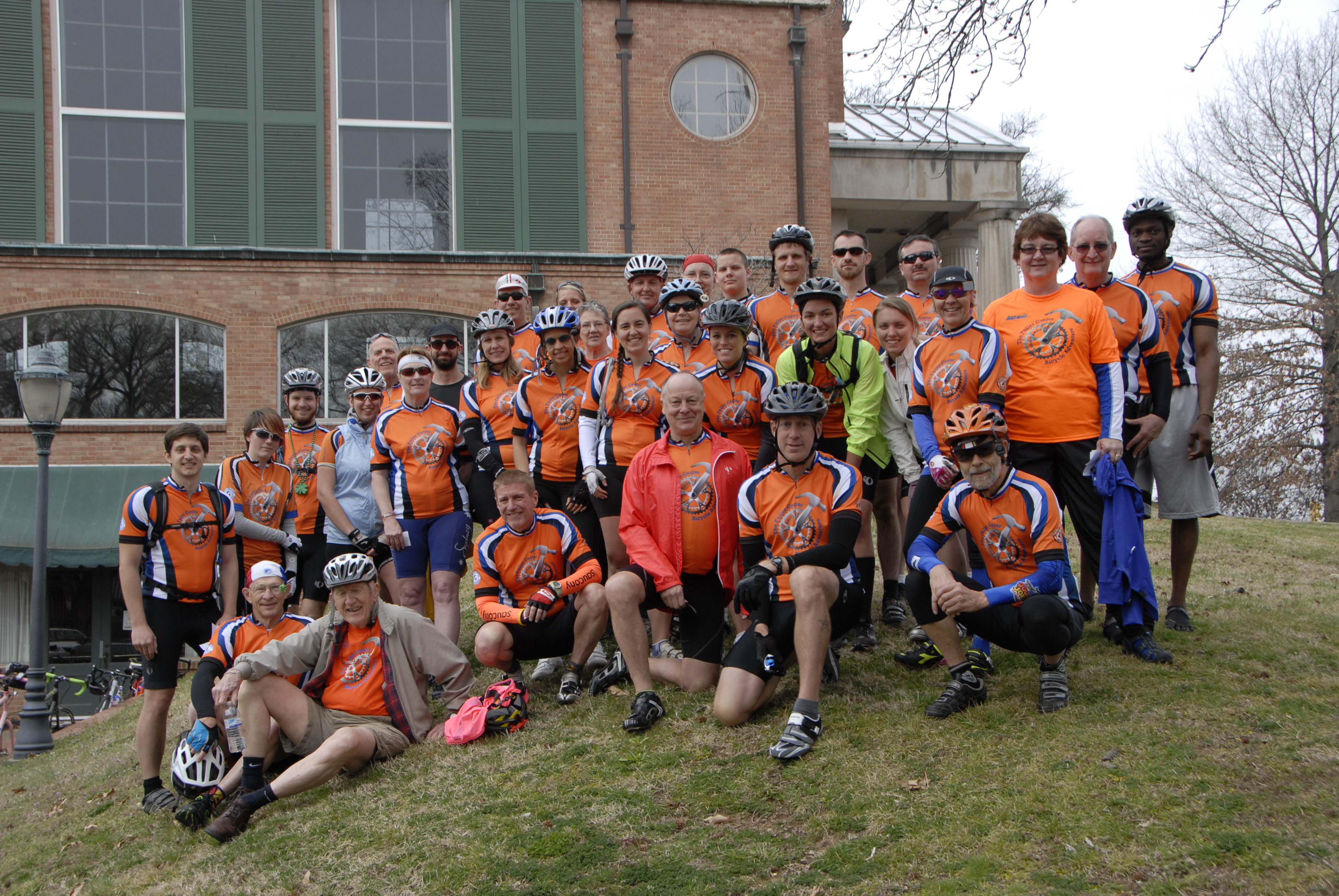 The Vine Street Church has a Congolese congregation. Rev. Celestine, who leads the congregation, joined us outside the church and told us about the challenges faced in the Congo. He led us in three “Oyee” (pronounced Oye-Aye’) cheers.
In Congo, people say “Oyee” in cases when we would say “Amen”.

As we gathered in the parking lot, our two Sarahs (Doren and Cook) practiced their newly invented Fuller Center handshake……it needs a video to do it justice.

As we prepared to start our journey, a cameraman arrived from a Nashville TV station. He interviewed our oldest cyclist, 85 year old Jack Hughes, as well as several other riders, and then filmed us doing a warm-up ride around the parking lot and as we began our journey. 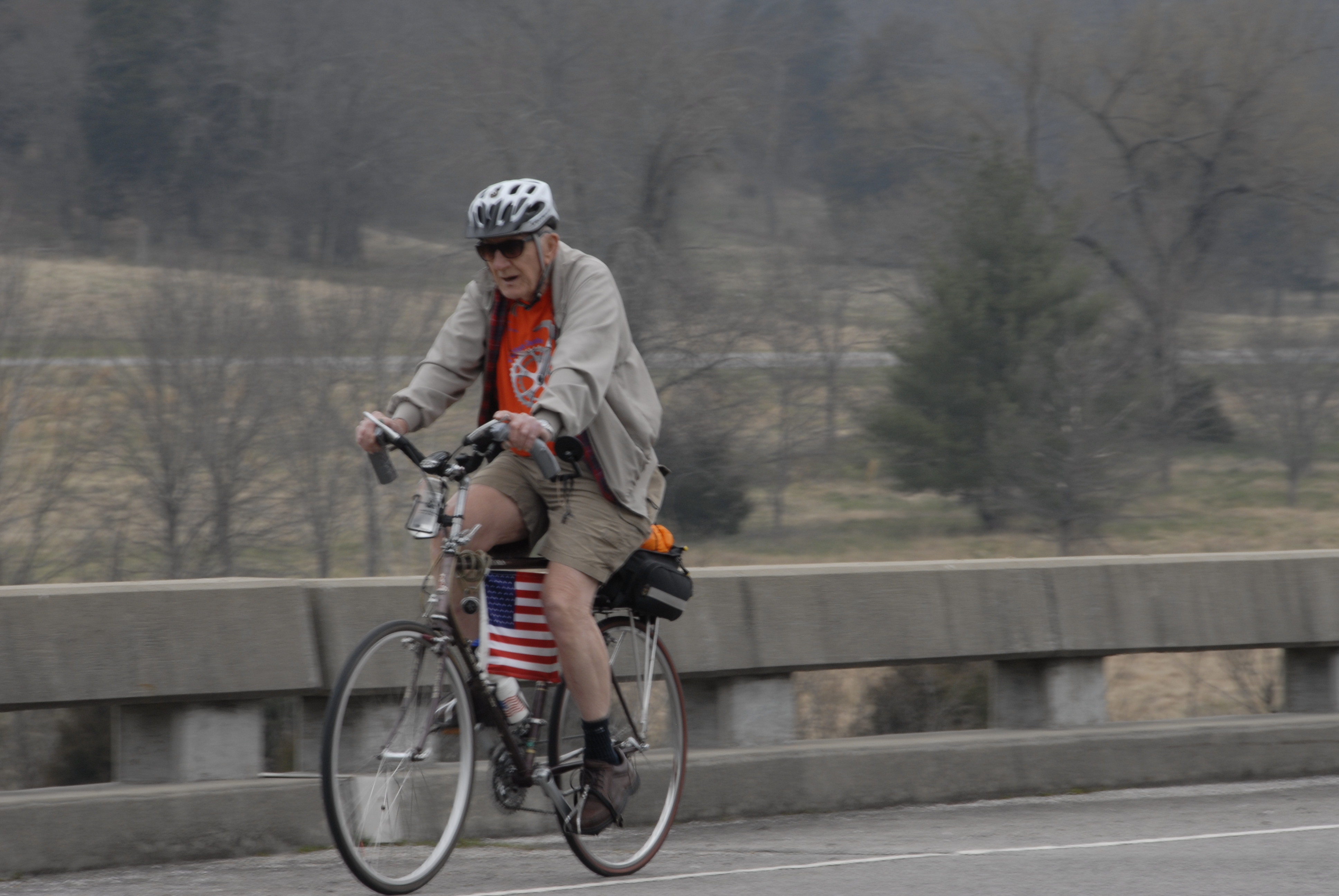 e Natchez Trace, soon leaving Nashville behind. The last 6 miles were on Tennessee Rt  100, before we looped around an entrance ramp onto the Trace. Sag wagon driver Cindy Hepp said “I almost missed the entrance to the Trace, but I saw several riders on the bridge and realized that God was telling me to take that ramp.”

Several riders, including Preston Rivers, remarked on the first big hill of the day, a 10% grade which gave us all a good workout.  Tom Tebbe mastered the hill with the help of his famous “Turbo Grunts”.

Riding along the Trace, Sarah Cook and Debbie Bennett took a wrong turn. As they wandered down a nearby road, they came upon an Amish buggy containing a family of four. 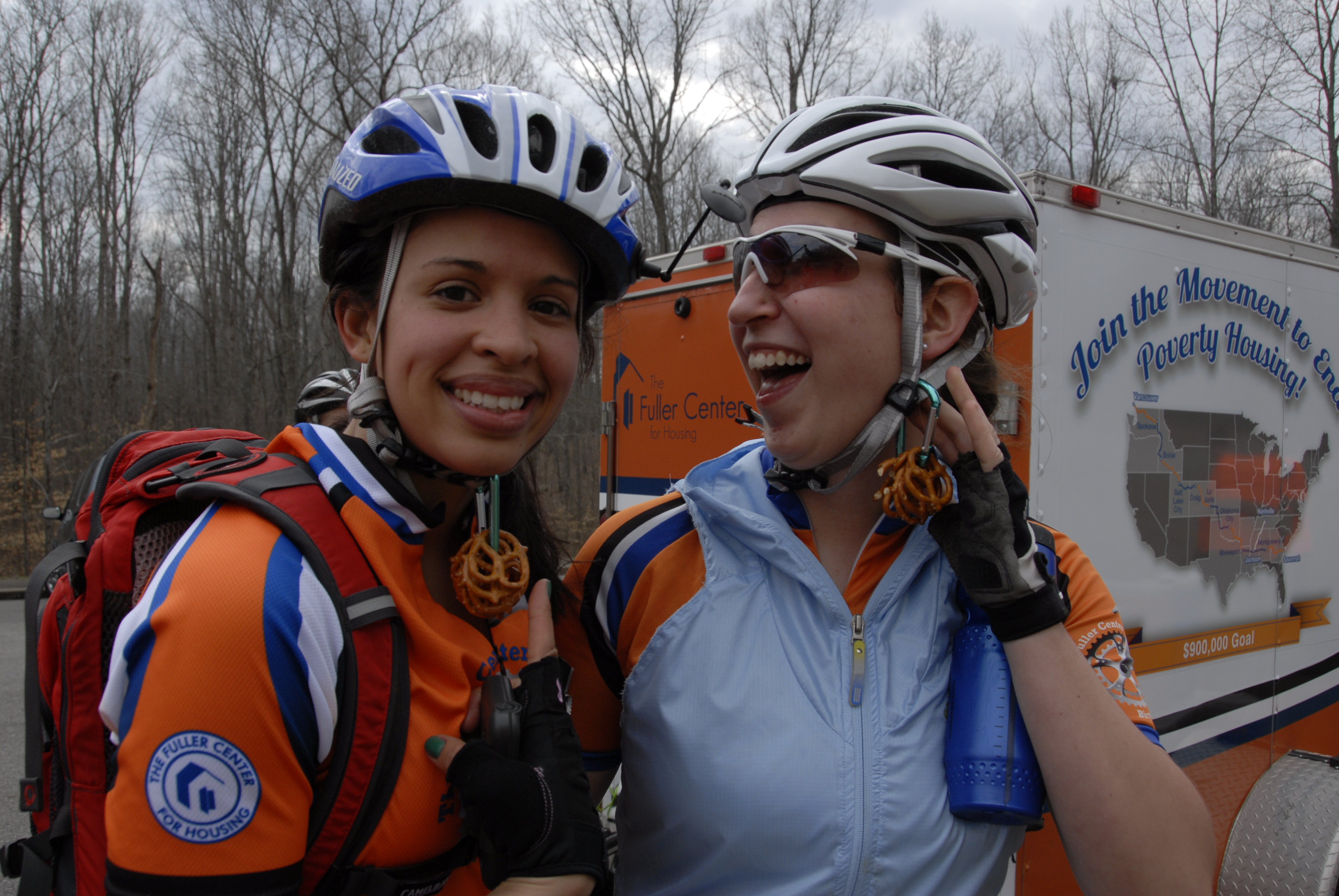 Sarah Doren and Venus Cooke invented what will likely become the newest rage among salt-deprived cyclists…hanging pretzels from a hook on their helmets.  While Sarah cautions that this invention is currently in the prototype stage, the current instructions are “when hungry, break off pretzel.” Future plans include a longer hook, so that cyclists can munch on the pretzel without breaking it.

Diane especially enjoyed chatting with a long distance cyclist named Glen. Riding a large camouflage bicycle packed with gear, Glen was traveling from New Orleans to his home in Cookeville, Tennessee. Glen told Bud Ennis that he’d worked 7 days a week for 9 years, and decided to take 3 months off to do this tour. As we spoke, Glen was 150 miles from home, and planned to use much of his remaining month of vacation to get there.

After about 48 miles of riding and about 2,300 feet of climbing, we arrived at tiny, historic Shady Grove United Methodist Church, established in 1831. This small congregation opened their hearts and their homes to us. 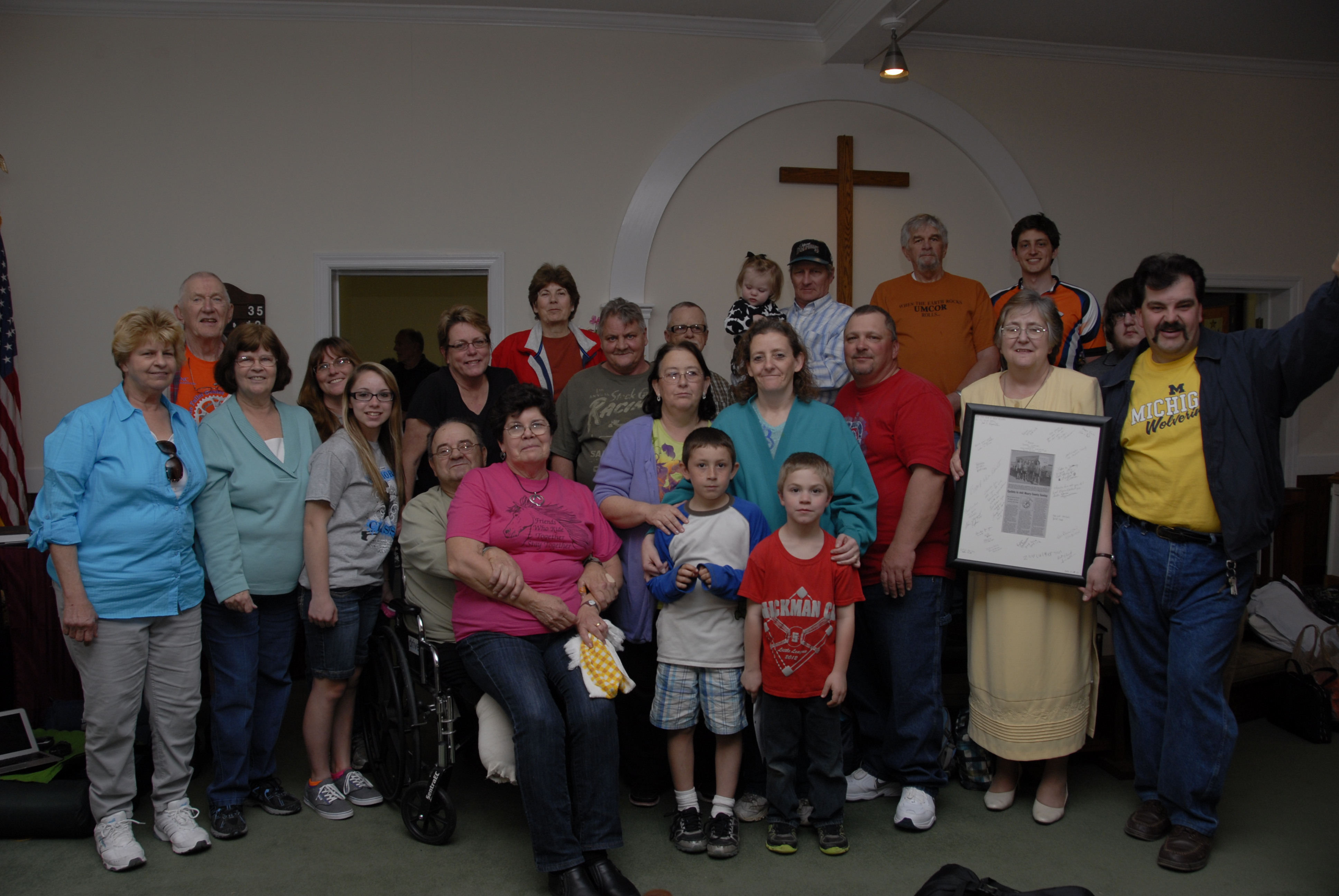 As we walked into the church, we were welcomed with friendly smiles and ice cold bottled water. Pastor Donna Higginbotham, who leads services at three area Methodist Churches in three hours each Sunday, affectionately refers to Shady Grove as her “country church”. While the woman of the church cooked a delicious supper for us, the men loaded us into their cars and drove us to their homes for hot showers.

One of the men,  Jim, moved to Tennessee from Michigan in 1995 and purchased 10 hilltop acres, where his son and daughter also have homes. The property, with a garden (complete with scarecrow) and a pond stocked with fish, makes a perfect childhood home for Jim’s 9 grandchildren.

After our showers, we sat at tables with the parish families for a wonderful southern dinner, with fried chicken, potatoes, bean soup, and much more. This was soon followed by a delicious dessert. Two members who work with the Red Cross brought us cots to sleep on.

After dinner, Melissa Merrill told our hosts about our trip and then Ryan Iafigliola asked them to tell us about some of their activities. As the members of the congregation told their story, we were astonished. This small parish, with an attendance of 35 people last Sunday, is heavily involved in making their community a better place, even though they don’t have much themselves.

As Pastor Donna cuddled her 15 month old granddaughter on her lap, she told us a heartfelt story of service. They go on mission trips to build homes, have a food pantry, and host a free monthly dinner near the end of each month, since food stamps often run out before month’s end.

As Ben Rivers said, this was a very inspiring example of a small church making a huge difference. While many large churches would form a committee to study the problem, this small dedicated group jumps in and helps.

Patrick Smith was also very inspired by the passion of the folks at Shady Grove to make the world a better place.

In Cindy Hepp’s words, it reminded us of the biblical story of the rich people who gave of their excess, while the poor widow gave all that she had.

Life is a journey, and the people we meet along the way are our travelling companions. What wonderful companions we have been given today.