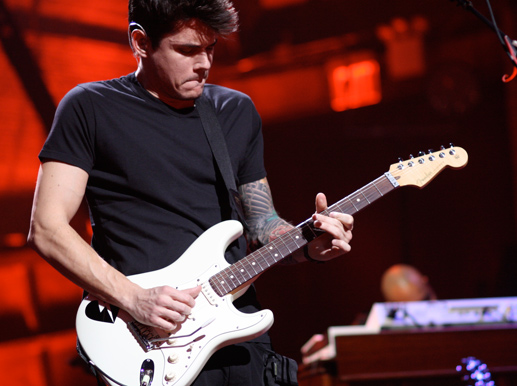 Three weeks from today, I’ll be at a John Mayer concert in Atlanta. Actually, I’m supposed to have backstage passes to meet the guy. Now, if that sounds like the intro to a music blog instead of one about building homes, let me explain.

My wife is a huge John Mayer fan, as are many women under the age of 95. I, meanwhile, am a huge Jimmy Buffett fan, and have been to eight of his concerts. She hasn’t been to a single John Mayer concert, so that had to change this year. For her birthday, I decided that tickets to this month’s John Mayer concert in Atlanta would be part of her gift. Fortunately, I like his music — especially his debut album and his just-released "Paradise Valley."

Then on our monthly conference call, Fuller Center of Northwest Louisiana Executive Director Lee Jeter was talking about this year’s Veterans Build (hugely successful I might add) that was supported mostly by a $300,000 donation from former Pink Floyd rocker Roger Waters. Lee said that “some Mayer guy” also might be interested in the project.

Of course, I thought he meant some MAYOR guy, like maybe the mayor of Shreveport (who was interested, as well, naturally). Later, we discovered it was multi-Grammy-Award-winner John Mayer, who has a keen interest in veterans’ welfare. And it wasn’t just hearsay. John showed up April 23 at the Veterans Build, where he worked on the home of veteran Cliff Malone — another guy who didn’t really know who John Mayer was.

But Lee and Cliff know him now. John was no prima donna on the site and actually got a kick out of working alongside Cliff even though — or maybe because — he had to explain to Cliff what he did for a living (make hit records and make women scream at concerts). Formerly homeless, Cliff only knew that yet another good-hearted volunteer had showed up to help make his dream of owning a home come true.

This week, I mailed Lee a book we made for John that I hope to give him at the Atlanta concert — assuming my wife doesn’t tackle and injure him backstage. The book features images of the Veterans Build, including John’s workday there, and will be signed by each of the four homeowners. Our hope is that it will encourage John to further take up the cause of The Fuller Center’s work with veterans.

The real stars of this ministry are people like Lee who get so much done in places like Shreveport (click here to see what I mean) and people like you — the volunteers and supporters who make the work possible. But it’s undeniable that people like John Mayer can bring an exponential amount of new attention — and, hopefully, new donors and volunteers — to our ranks.

So please forgive me if I can’t make arrangements for my wife to tackle and injure you, too. Then again, if you can perform like John does in these videos below, well, perhaps I can work something out.