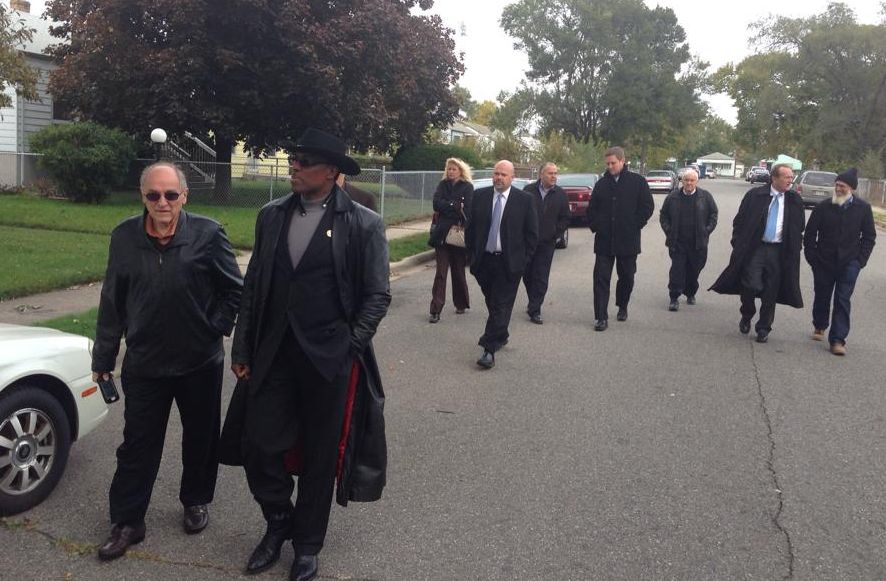 It figures that on Halloween I’d encounter perhaps the scariest comment I’ve seen on The Fuller Center’s Facebook page.

On a post (click here to view it) about the signing of a new covenant partner in the struggling steel mill city of Gary, Indiana, which has been in an obvious state of decline, a commenter wrote: “What Gary needs is a bomb dropped on it. Its worst than Detroit and beyond help!”

It’s scary enough that he didn’t know the difference between “its” and “it’s” or between “worst” and “worse”. But much scarier is the overt and public pessimism in addition to such casual use of the term “bomb” in this violent day and age.

As a longtime newspaperman, I was quite used to negativity from the public. I’ve had threats. I’ve been called every name imaginable — many of which I can’t repeat here. I once had an angry reader smash his newspaper delivery box to bits in the middle of our newsroom because he didn’t agree with something I wrote. I’ve had a coffee cup thrown at my head — fortunately barely missing and instead hitting the wall behind me. Well, actually that last one was from a co-worker. Newspapers can be intense, passionate places!

But at The Fuller Center, we’re part of a ministry that wouldn’t seem to generate much negativity or adverse reactions from those not involved with us. After all, who is against helping people help themselves? And that’s exactly what we do.

Because I moderate The Fuller Center’s Facebook page, I could have simply deleted the comment as it already garnered disagreeing responses from those who are thrilled we are coming to their community to offer a helping hand in partnership. However, as negative as that comment was, it didn’t target anyone individually. I also think it’s a good reminder that when you’re involved in a positive ministry like ours that you’re always going to encounter naysayers. And how you handle those naysayers speaks volumes about yourself and your work.

I thought about how Millard Fuller would respond. I know that when Millard was told a challenge was too great, that was almost a guarantee that he was going to accept it! If he was told not to bother trying to help a certain area because it was impossible, too dangerous or it simply wouldn’t make a difference, that’s exactly the area he’d go into!

So, I pointed out a few such examples to this commenter of where we’ve turned things around. As Millard would, I also tried to engage him in a little hope and optimism. I believe even a pessimist would love to be proven wrong that Gary can’t be helped. He wouldn’t be the first person whose eyes were opened by the power of this ministry. Millard didn’t hate the naysayers. In fact, I think they inspired him to work even harder.

Stay tuned to FullerCenter.org next week for more about our newest Fuller Center covenant partner.