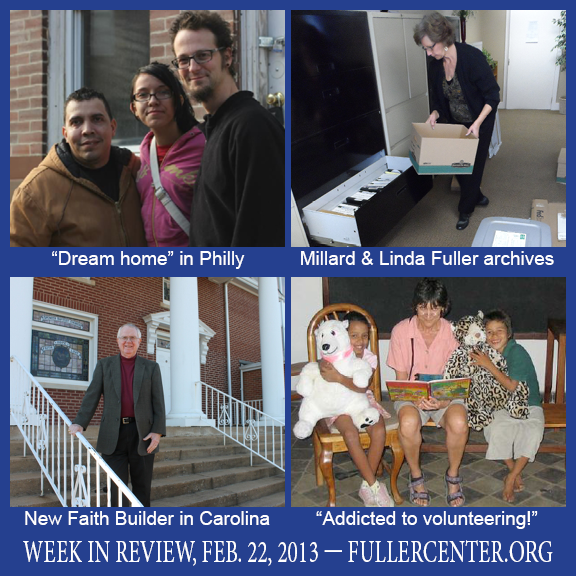 My weeks started with a phone call to Miguel Diaz in Philadelphia, where The Simple Way founder Shane Claiborne has brought The Fuller Center for Housing in to bolster the housing component of his holistic Christian neighborhood in the Kensington area of Philly, an area both Shane and Director of U.S. Field Operations Kirk Lyman-Barner metaphorically liken to Nazareth

Miguel and his daughter, Summer, live in a crowded home with his sister and her four children. But he will be moving into a vacant home across the street that the Simple Homes Fuller Center is renovating as its first Save a House/Make a Home project. His daughter is thrilled that they will have a home of their own. Miguel became emotional as he talked about how his daughter has become a strong teenager after having grown up without a mother who left the family as soon as she was born and when he spoke of how his 21-year-old son will now be able to visit and stay more. “I’m happy my family is together,” he said. (Click here to read the story.)

Tuesday was a busy day around here with Toby Graham and Jeanette Morgan here from the University of Georgia Libraries’ Hargrett Rare Book & Manuscript Library. They will be providing a safe home for the many writings, letters and other works of Millard and Linda Fuller. Millard was a prolific letter writer, but Linda is a prolific archivist. Toby and Jeanette were impressed with how well Linda had organized things before they arrived. By the end of the day, they headed back to Athens with a vanload of history. (See pictures here.)

In the middle of the week, I had a long conversation with the Rev. Billy Vaughn of Spencer Baptist Church in Spindale, N.C., where his church has become our latest Faith Builder. He was inspired by the life of Clarence Jordan, the Christian theologian who founded Koinonia Farm and originated the concept of partnership housing that became the basis for Millard and Linda’s ministry. More recently, he has been inspired by longtime Millard friend Tony Campolo and Shane Claiborne. A lot of history and future are intertwined with this Faith Builder. (Learn more here.)

Becoming a Faith Builder is definitely something all churches who wish to put their faith into action should consider.

On Thursday, in between visiting with students from Roberts Wesleyan College (see pictures here) who are here from Rochester, N.Y., to work on the Partnership House (a joint venture of New Horizons Habitat for Humanity and the Americus-Sumter Fuller Center for Housing), I finally had a chance to meet Brenda Sawyer. Brenda is a busy volunteer, both in the United States and globally. (Click here to meet Brenda and learn about her self-proclaimed “addition to volunteering.”) I guess there are worse addictions to have.

And, finally, on a personal note, it’s my son Saylor’s 13th birthday today. Yes, there’s one more teenager in the world. So I’d like to share one of my favorite pictures from the past year. It’s from my April wedding reception. Saylor is a geography expert. He knows cities in countries I didn’t know were countries. And he got an absolute thrill out of sitting down and chatting during the reception with Fuller Center co-founder Linda Fuller Degelmann, who has been round the world and around again — a few times. Saylor was fascinated to hear Linda talk of the places he’s read and learned so much about. It just ramped up his interest, and I think Linda was fairly amazed that anyone knew so much about the world without having ever left the United States. Now, Saylor wants to see the world he’s learned so much about.

Pictured below are Saylor and Linda chatting about the world. Thanks for the inspiration, Linda! 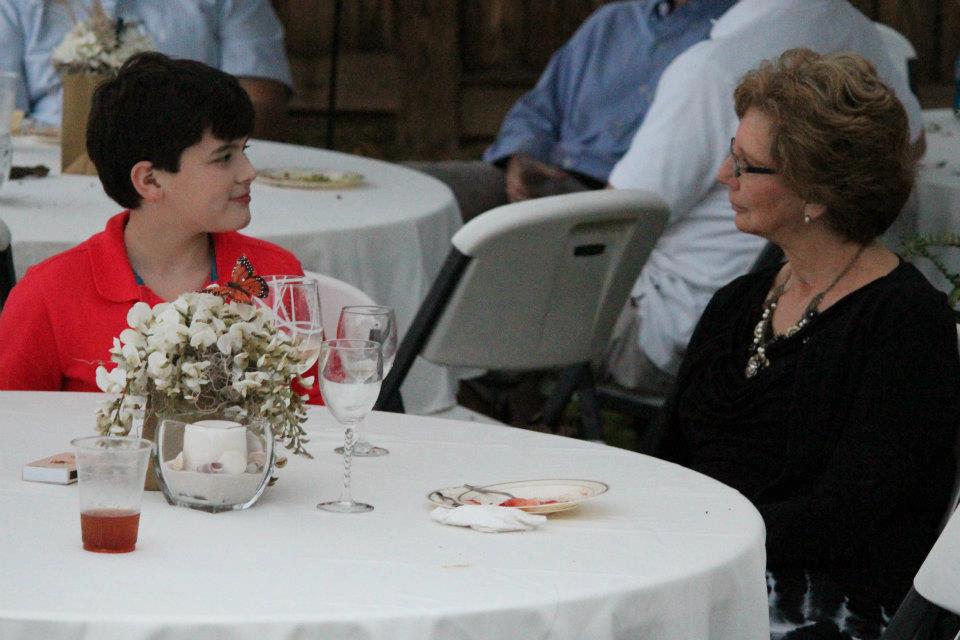