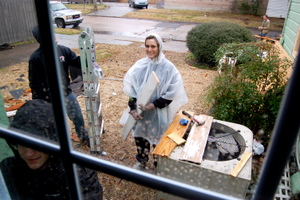 The success of the Fuller Center Disaster ReBuilders (FCDR) team is a tribute to the high value of volunteers, both skilled and unskilled, working together on affordable housing.

Most weeks, the FCDR headquarters in Orange, Tex., is teeming with activity as groups of people move in and out for a few days or a few weeks at a time. Six architecture and urban planning interns from the University of Cincinnati and an AmeriCorps team enable the four FCDR construction leaders to work every day of the week, whether or not short-term volunteers are available.

But it’s not just a place to swing a hammer for a few days. Disaster ReBuilders has the ability to change the lives of not just the homeowners, but the people who help them rebuild.

Local construction manager Eddie Sherman explained that several members of past AmeriCorps teams who have served with Disaster ReBuilders have gone on to own their own construction businesses thanks to the valuable skills they learned and leadership positions they were able to hold. Others are working for, sometimes leading, non-profits that work on housing issues. 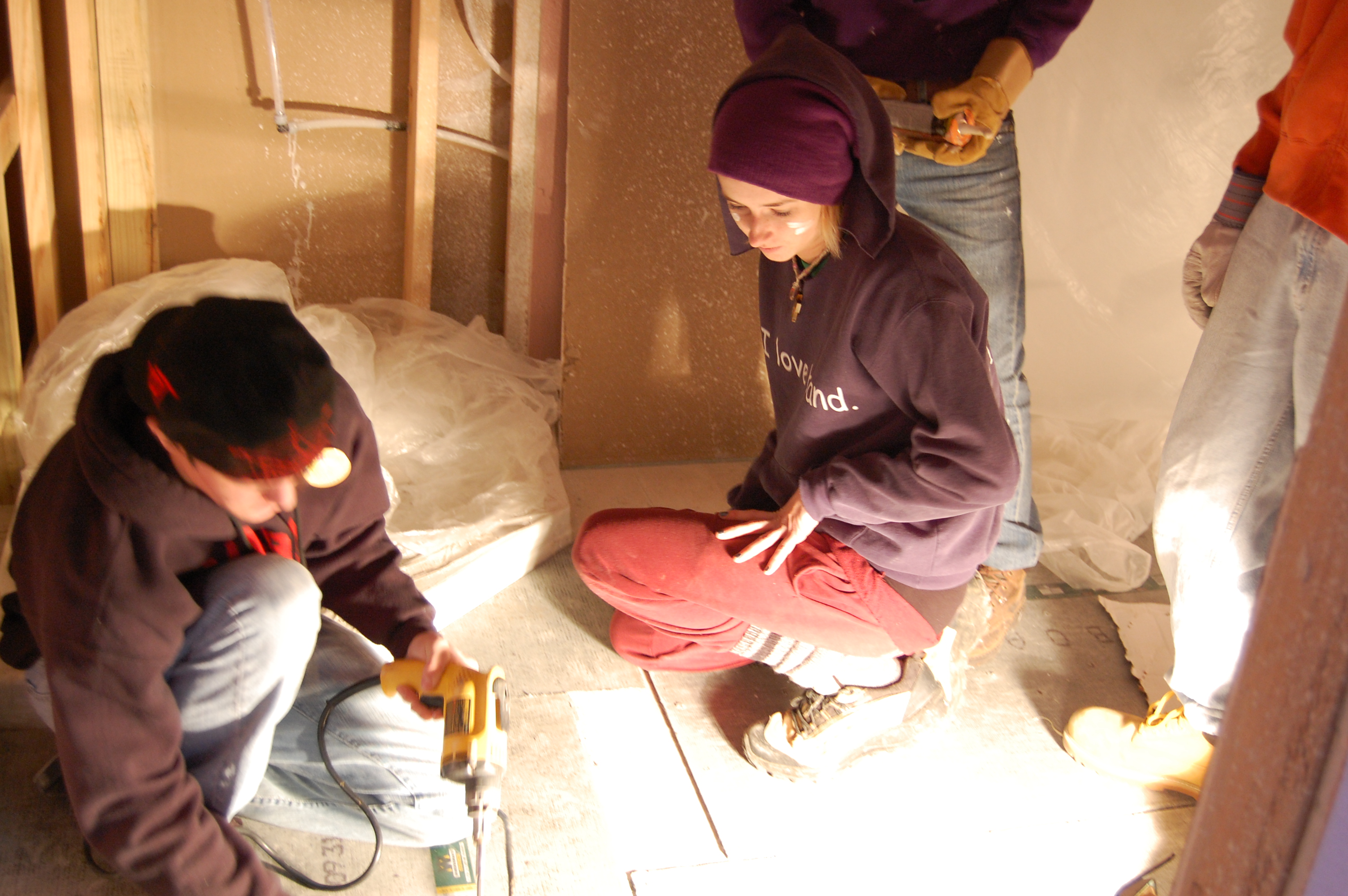 The volunteers aren’t just coming and going, said Sherman. It’s a circle of people helping and teaching each other. He pointed to several of the interns and volunteers. “When they got here, they didn’t want to tell a volunteer that they did something wrong. But they’re learning. I can trust them now with large groups of people. They’re becoming great teachers.”

The current AmeriCorps team stationed with FCDR chose the project collectively out of a long list of options. Team leader Terrence Foushee of Chapell Hill, N.C., said that a construction project in a small town is the best way to get involved.

“This is how you really understand what people are going through,” Foushee said. “People are very friendly and you can come to know and be a part of the local culture.”

During the middle of February, a group of juniors and seniors from Marist Catholic High School in Chicago arrived to work for a few days. The 30 students were receiving no credit for the work – it was entirely a volunteer trip at their own expense. It was the program’s third visit to Orange and the seventh Marist student group to work with Disaster ReBuilders.

“We have to turn kids away. Everyone who goes on one of these trips applies to go back,” said Marist advisor Colleen Pochyly. “The change in the kids is drastic. Sometimes we worry about some of the ones we’re bringing, but whether they are good kids or not, they are affected by this and they become good kids. They rise to the occasion and are really touched.” 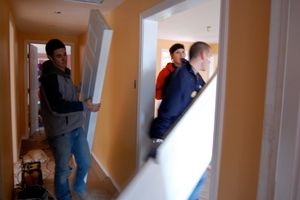 Shea Hennesy, 18, was one of those Marist students who wanted to go back. She traveled to Orange in December and again in February. On her first trip, she hung drywall and siding on one house. When she returned, she was able to put some of the finishing touches on the same house by painting interior trim, installing flooring and hanging closet doors.

“I wanted to come back because we got a lot of work done and I wanted to help other people have a good experience,” said Hennesy. “I like doing the work and knowing first-hand that I’m helping someone. It’s very different seeing this face-to-face.”

Marist’s service coordinator, Adam Wouk, explained that volunteer work taught him some of the most valuable lessons in life. He wants his students to have some of those experiences and begin finding their strengths as early as possible.

“We do construction because it’s where you meet people who have gone through really tragic stuff – problems that come out of nowhere – but we learn that they are still faith-filled,” said Wouk.

Fuller Center Disaster ReBuilders is equipped to handle volunteers, both skilled and unskilled, every weekday. Unskilled volunteers are supervised and taught and all tools are provided. Housing is available and most meals are provided for a very small fee. Click here to learn more and sign up to work in Texas today!