They come from big cities like New York, mid-sized communities in California, small towns in Georgia and all points in between. But the one thing the volunteers at the 2015 Millard Fuller Legacy Build have in common is a call to use their time, talents and energy to serve others. 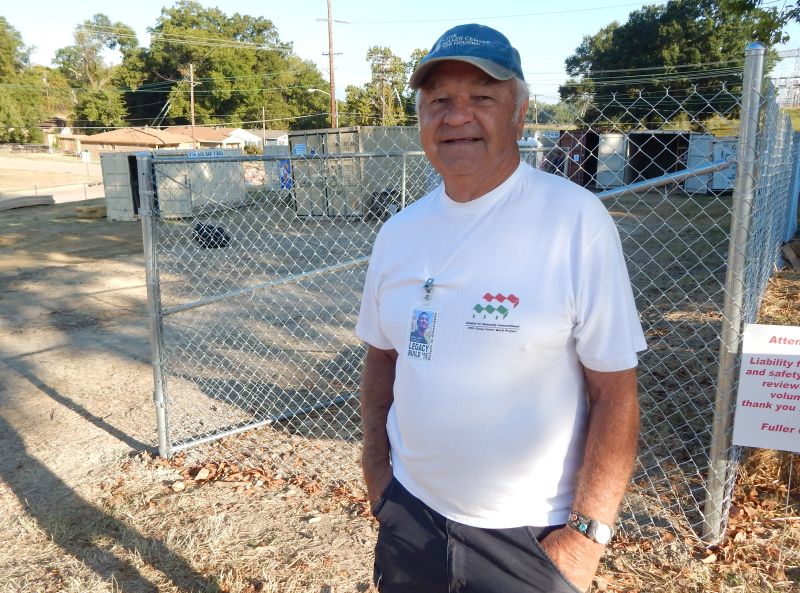 Merle Graber has been coming to blitz builds since 1988, when he first got involved with Habitat for Humanity. That year he worked alongside President Jimmy Carter on the roof of a home in Atlanta. This year, he is using his many years of experience as a house leader to serve as the block captain for the four new homes being build on Clay Street in the Allendale neighborhood of Shreveport.

“I’ve been on one every year since 1988 — actually more than one a year,” said Graber, who has more than a dozen family members with him, as usual. “We grew up with construction experience. Dad was a carpenter, and we pretty much grew up with it.”

Graber echoed a common theme the volunteers use to explain their attendance at the Legacy Build — they simple feel it is their Christian duty.

“The Bible tells us that the poor will always be with us, and the people who will be getting these houses are in that category,” he said. “I think He admonishes us to help the poor, and he’s blessed my wife (Susie) and I in so many ways that it’s just a way of giving back what He’s given us.”

Sue McCann and her husband, Jim, were among the thousands of people who were captivated by Millard Fuller, founder of both Habitat for Humanity and The Fuller Center. They were visiting Koinonia Farm near Americus, Ga., in 2009 and dropped by the headquarters of The Fuller Center on their way out of town. They met the gregarious Christian servant whose contagious joy and Southern charm turned the idea of partnership housing first developed at Koinonia into a worldwide movement.

That meeting came just before Fuller died unexpectedly in early 2009.

“We actually were able to meet Millard at his office and just kind of got attached,” she said. “We were very blessed to meet him. I just think that we’re here to serve, and that’s why we do it.” 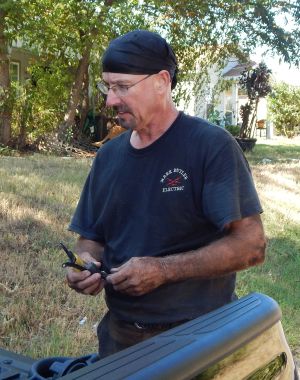 Mark Butler volunteered at the Fuller Center Disaster ReBuilders’ Back to Biloxi Build just a month ago and had not planned to work at this year’s Legacy Build. But when volunteers began running into all sorts of electrical problems at the home of Anthony Morgan and his daughter RyRy, The Fuller Center’s Brenda Barton knew that he was the man to call. He drove up from the Gulf Coast without hesitation, arriving Wednesday night to work the final two days of the build.

“We got here just in time,” the experienced electrician said. “It’s a combination of wiring from the twenties, thirties, forties, fifties and maybe the sixties.”

Like the McCanns, Butler also was reeled into the affordable housing movement by Millard Fuller.

“I was fortunate enough to meet Millard Fuller in 1988 on the Carter Work Project in Atlanta, and he hooked me like a 10-pound trout right in the mouth,” he said. “I’ve been lucky enough to be standing at the right elevator with the right people at the right times in my life, and so it’s always fun to give something back.”

New York City’s Jane Chu has stayed so busy this week that she had to discuss her service as she worked inside of the home being built for Lytonja Smith and her eight children, three of whom are in college.

“I’ve been doing blitz builds since the early 1990s,” said Chu, who along with many of the volunteers is using vacation time from work for this week of service. “I did carpentry as a kid, and it just evolved into helping people have a home. I think just helping people is the most important thing because I believe God put me on Earth to do that.”

Diane Bies came to The Fuller Center in a way that many others have in the past eight years — through the Fuller Center Bicycle Adventure. She was merely looking for a cycling trip and came across the Bicycle Adventure’s spring ride down the Natchez Trace Parkway. She was already hooked on cycling, but the experience — and subsequent rides — have hooked her on the mission.

“The build day was just so awesome that I knew I had to come back,” she said. “I think housing has to be one of the most important things because it brings families together. And I love the devotionals every morning. That’s another awesome perk of these events.” 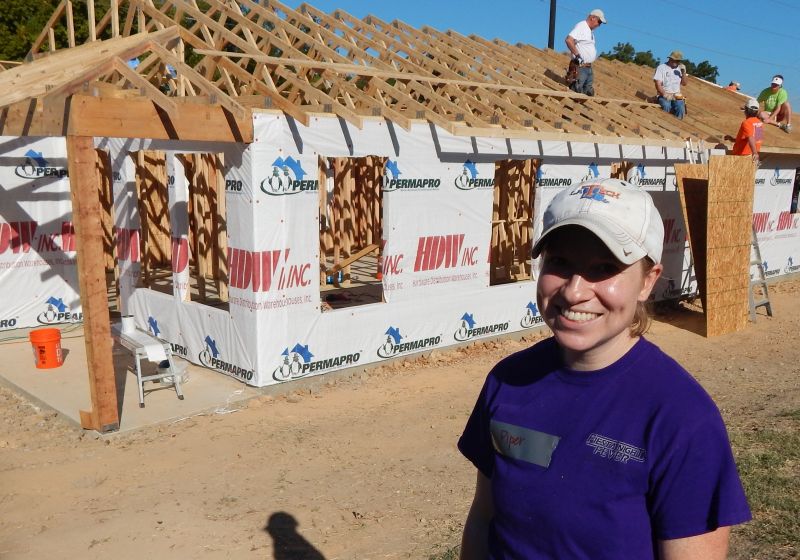 Not everyone, though, came from far and wide to help the Allendale neighborhood. Some came from right here in Shreveport, including Piper Moritz. Her church, First Presbyterian Church, is sponsoring the home on which Chu and others are working. Moritz arrived on the site today to lend a hand.

“We’re really committed to working with the community and trying to do what we can for the people around the church’s area,” she said. “It’s for a family that’s currently living at Providence House and we have a very close relationship with Providence House. I used to be a teacher and now I’m a stay-at-home mom, so this is a new set of skills for me, but it’s been fun.”

Click here for photos from Day 4 of the Legacy Build.