The son of a railroad worker, Glenn Maxwell grew up in the coal-mining areas of western West Virginia and the steel mill communities of eastern Ohio with a firm work ethic. 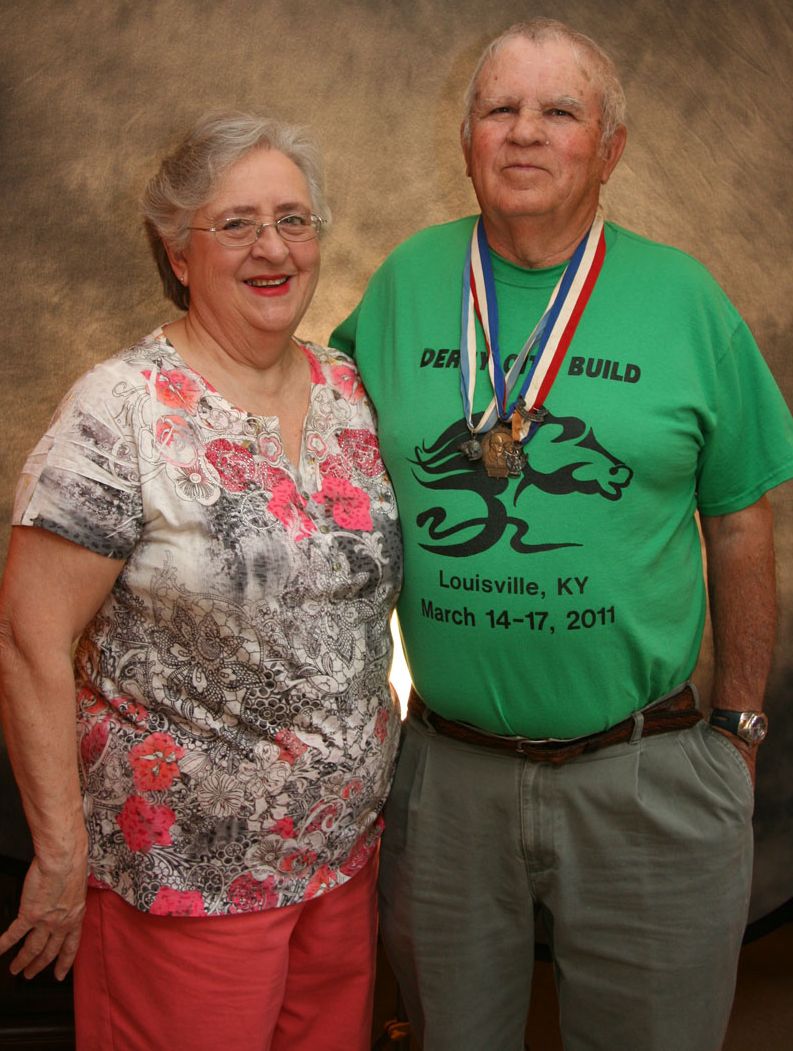 In Bellaire, Ohio, he became known as a skilled carpenter but also as a dedicated volunteer and community servant. He led Boy Scout troops and coached Little League teams before he and wife Catherine formed a Habitat for Humanity affiliate in Bellaire. He also coordinates volunteers for the United Way of the Ohio Valley’s "Day of Caring" projects. And as a member of Rock Hill Presbyterian Church, he has served as Sunday school superintendent, trustee, elder and has volunteered his carpentry skills to help build the church a new library.

Having been inspired by Habitat founder Millard Fuller, Maxwell also volunteers with The Fuller Center for Housing and is a familiar face as a leader at the annual Millard Fuller Legacy Builds.

For his efforts, the 77-year-old was inducted last month into the Ohio Senior Citizens Hall of Fame.

What was your reaction to being named to the Ohio Senior Citizens Hall of Fame?

I was surprised. There are only 12 areas in the entire state, and our area takes in quite a few counties. And being one person out of so many is a surprise. I was very pleased.

What drives your spirit of volunteerism?

My spirit of volunteerism comes from going to church and what I was taught through life. My mother inspired me because we were poor people, and we took care of people who were poor, too. Going to church, you learn what God wants you to do. And I met Millard Fuller in 1993, and that inspired me. Me and the wife got busy, and we started the Habitat for Humanity affiliate here in Bellaire. We were really pleased with it, and we were inspired that Millard came up and spent about three days with us when we had about eight houses built. Things like that. And like I told Millard before, I’m still committed to Habitat for Humanity, too, for the simple reason that when you start something like your own affiliate, you have to stay and make sure it goes and everything. But I told him that I’ll be working with his group at The Fuller Center all I can.

Why is the affordable housing movement something that’s so dear to your heart?

It’s important to me because I had to struggle building my own home and getting a loan and everything. I was a laborer and a carpenter and spent 27 years in the building trade, and I knew that I could fall in and do things that needed to be done. When you give a key to somebody after you built a house, you can see the joy in their eyes, and you know there’s a future for them.

You talk about growing up poor. What was that like?

We had no silver spoon. We had to grow gardens to eat and raise chickens and hogs to feed us. My dad and mother had six children, so with eight people you had to do everything you could.

Is it safe to assume that having grown up in blue-collar West Virginia and eastern Ohio that hard work was not just a family culture but a regional culture?

It was steel mills and coal mines and farming and everything. It was a culture of hard-working people.

So with hard work being so ingrained in you, you must appreciate the sweat equity and hand-up approach of The Fuller Center?

Are we going to get to see you at the Millard Fuller Legacy Build again this year in Henry County, Ga.?

Yeah, I’m already signed up, and I’m going to be a house leader again. Me and my son and my brother from Texas will be over. We’re coming down.