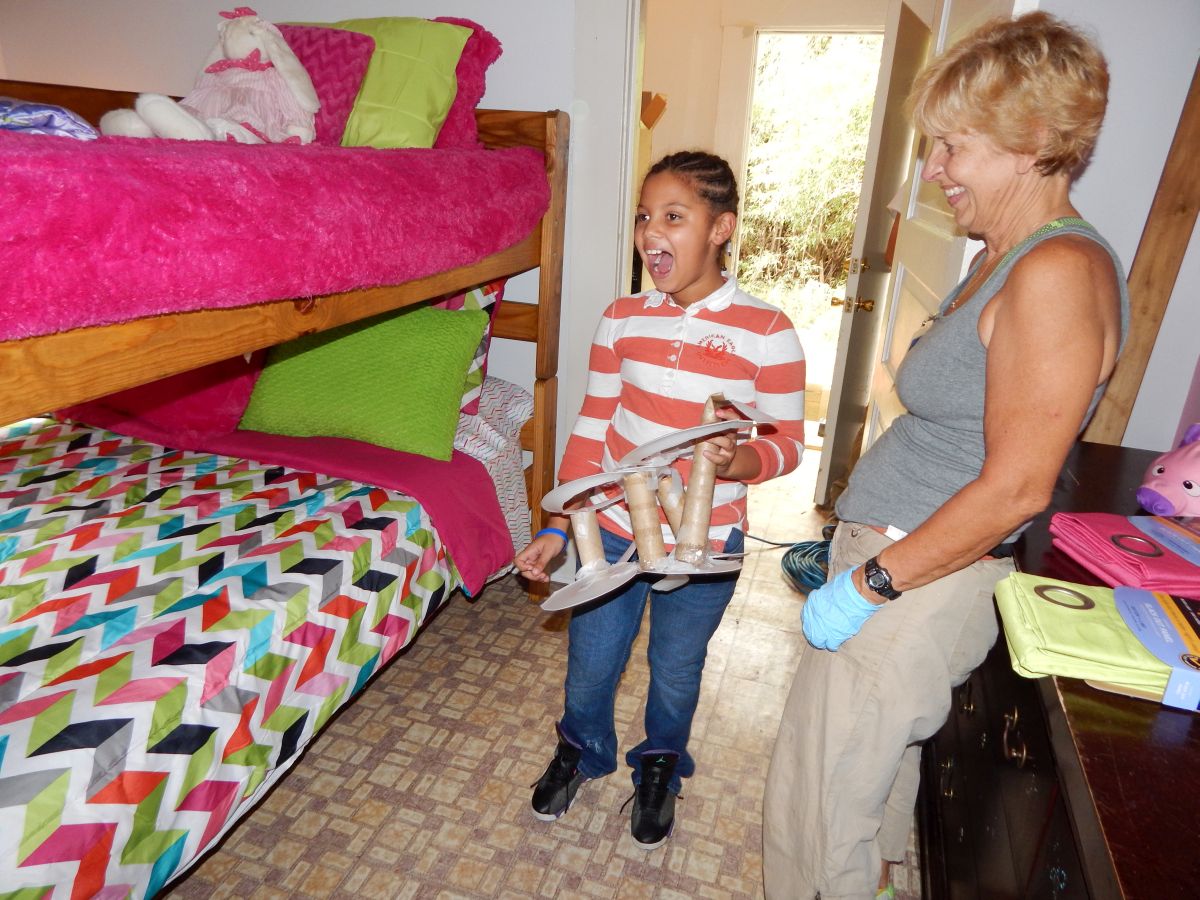 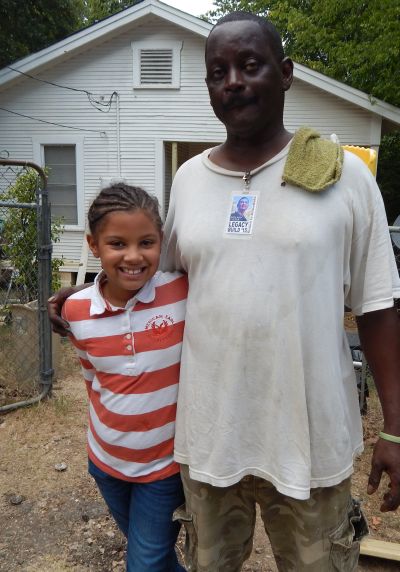 It was more than a decade ago that Anthony Morgan lay in a jail cell, incarcerated over what he insists was a misunderstanding.

But as a black man married to a white woman in Shreveport, Louisiana, he certainly did not misunderstand what he was up against in a jail that also housed inmates belonging to a white supremacist gang.

Indeed, the white supremacists beat him so severely that his front teeth were knocked out and he suffered seizures. To this day, he suffers from a multitude of medical problems, some of which are directly related to the beating. He and his wife then divorced, further complicating his life.

Yet, he harbors no racial prejudice. And that’s partly because of the love he has felt from people in his mostly white church — First United Methodist of Shreveport — and people like the volunteers from all walks of life who volunteer with The Fuller Center for Housing, which this week is making badly needed repairs to the home Morgan shares with his daughter, RyRy.

“When one person does something to you or two people, you can’t fault a whole race,” Morgan said. “That which doesn’t destroy you makes you stronger. I’ve never had a prejudiced attitude. Some of the best people I know have been my church members, and most of my church members are white. I feel blessed to know them, and I can’t dislike them.”

And just a couple of days into this year’s Millard Fuller Legacy Build, he already has developed a strong love for the volunteers who are working alongside him to provide a better home for RyRy. Most of the volunteers assigned to his project are white, and, to Morgan, they are now family.

“I love them for what they’re doing,” Morgan said of the volunteers. “They come in with their hearts open and their minds open. So, it’s a blessing.” 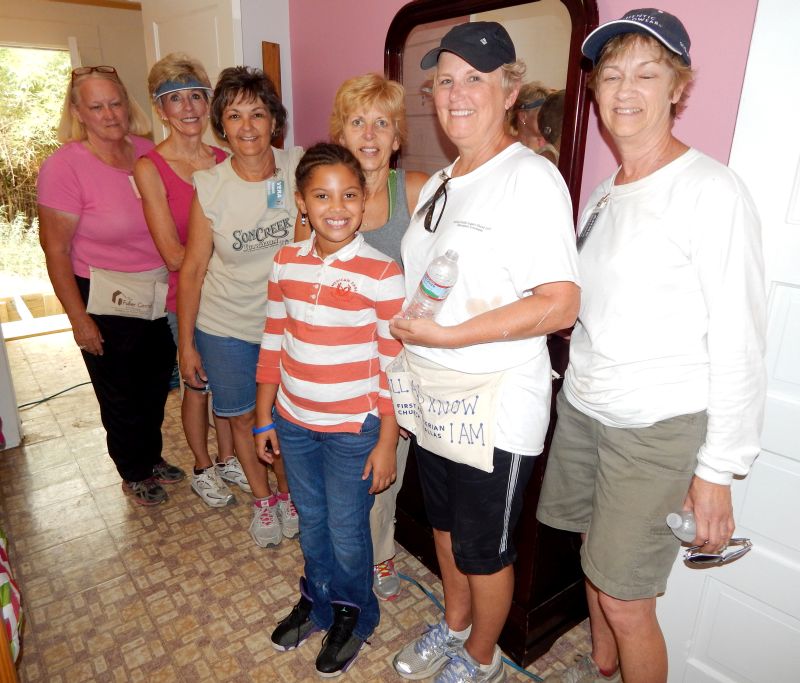 That blessing was carried a step further on Tuesday as volunteers went above and beyond the mission to make structural repairs to the Morgan home. They wanted to do something special for RyRy, a fourth-grade honor student at a local elementary school. So, they painted an accent wall in RyRy’s favorite shade of pink and decked out her bunk bed set with new linens and spreads.

“I loved it,” RyRy said of the surprise awaiting her after school Tuesday. “It was amazing!”

“It means the world,” Morgan said Tuesday as he struggled to hold back tears.
“My daughter is my world,” added the proud father who, at least for a few more days, washes his daughter’s clothes in a bathtub. “When she’s happy, I feel blessed. She’s been a blessing to me. She’s a real good girl. I’m not saying that because she’s my daughter; it’s just true. The Lord has blessed me with her. When she’s happy, it brings joy to me.”

And that made it all worthwhile for volunteers like Lynn McCrobie of Irvington, Va., who was one of the volunteers behind the effort to surprise RyRy.

“That was just the kindness of people who know RyRy and her dad and wanted to do something for her,” McCrobie said. “She wanted a pink bedroom. We couldn’t make it all pink, but we were able to give her a pink wall and pink accessories.”

“It’s nice to see that she enjoyed what we did because we weren’t sure what she was going to think,” she added. “It was good to see that it looks like she is going to enjoy growing up in her bedroom.”

Click here for photos from Day 3, including more from the Morgan home.