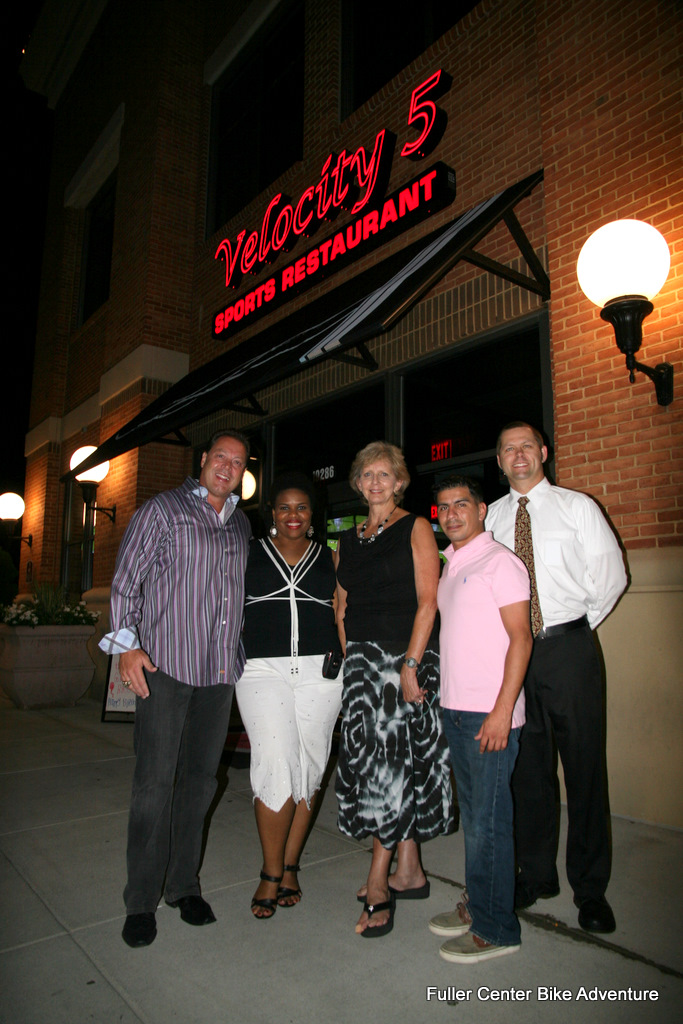 Sponsors, supporters and donors give to The Fuller Center for Housing in many ways, big and small. Some join us for special projects. Some on an annual basis. Some, for life.

But it doesn’t have to be a lifetime commitment or a million dollars to make a difference. Sometimes, it can just be making one night special for a hard working group of people.

Velocity Five, a sports restaurant in Leesburg, Va., did just that when they hosted the Aug. 12 celebration of the Fuller Center Bicycle Adventure‘s conclusion of its 3,600-mile, cross-country Adventure.

“The food and service at Velocity Five was amazing!” said Allen Slabaugh, coordinator of the 2011 Bicycle Adventure. “It was a perfect way to celebrate the end of our ride. Velocity Five really went above and beyond with how well they treated us.”

Velocity Five restaurants are owned by Jim Speros, a former assistant coach with the NFL’s Washington Redskins and Buffalo Bills and a member of Clemson University’s 1981 national championship football team. Speros is a friend of former Redskins great Brian Mitchell. Mitchell is a friend of Fuller Center Director of Donor Development Beverly Black and suggested Velocity Five would make a great host to celebrate the end of the ride.

Speros and managers Jon Stryker and Mike Stringfellow jumped at the chance to help. They indicated being asked to be a host was their honor.

“From the first call I made to Jon, he was so enthusiastic about what he was hearing about the Bike Adventure and our Fuller Center work we were doing along the bike route,” Black said. “He immediately said he would speak with Jim, and their team wasted no time offering their support to host our celebration dinner.” 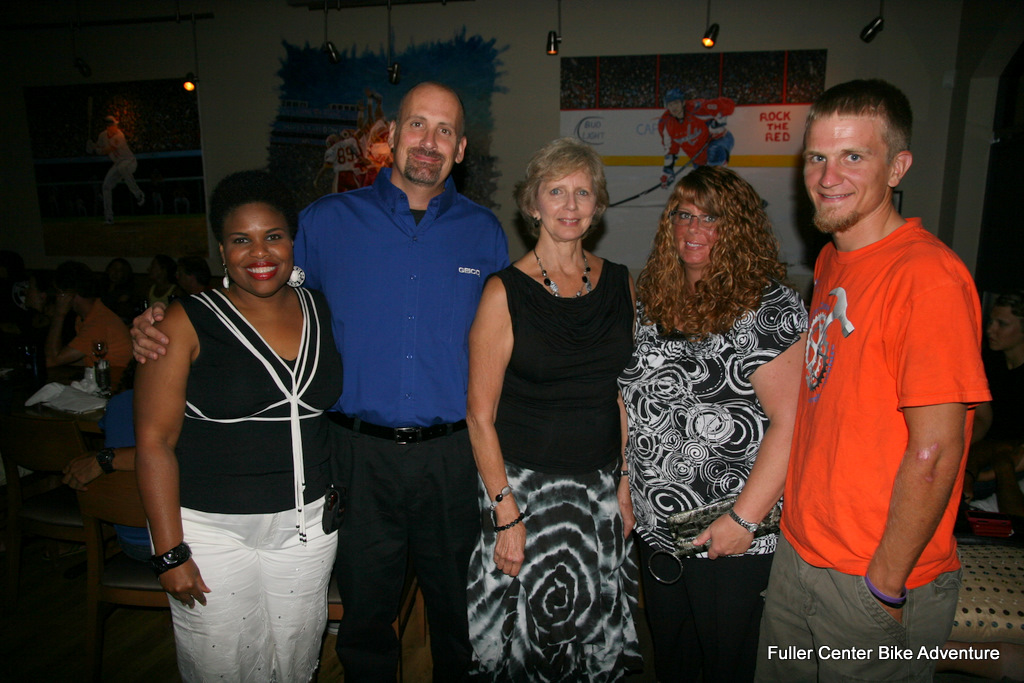 Black reported that Speros was thrilled by the opportunity to meet Fuller Center co-founder Linda Fuller and the riders who had completed such an amazing journey. They not only provided transportation and signs to welcome the team, but they also provided complementary, first-class food and service and even had a birthday cake for FCBA founder Ryan Iafigliola.

“They rolled out the red carpet,” Black said. “Jim, being involved in sports most of his life, knew how hard the cyclists had to work mentally and physically to complete those 3,600 miles. The riders all said how much they enjoyed the food, and the atmosphere – and that the DJ and the dancing was a bonus. Velocity Five showed it was more than a business, but a great community partner.”