Spotlight on RV Builders: the Usserys 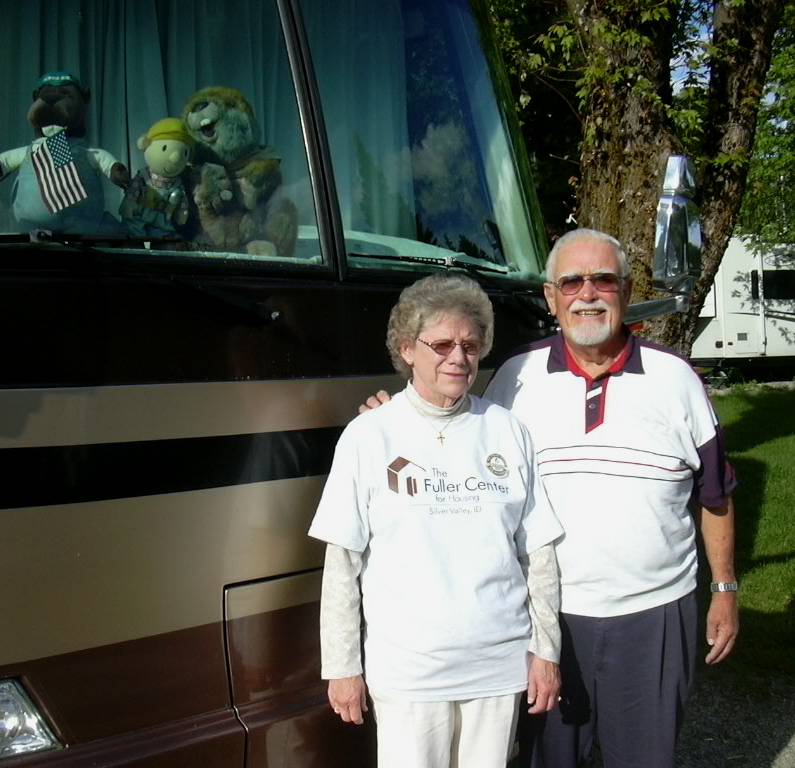 It started in Alaska with a bumper sticker and a question. In 1998, recreational vehicle owners Bernie and Audrey Ussery of Lompoc, Calif., asked what a Habitat for Humanity “Gypsy” was. A few weeks later, they found themselves in Americus, Ga., working on Habitat’s Easter Morning Blitz Build.

Now, 12 years later, the Usserys have traveled across 19 states in their motor home, helping to build 45 houses. Between June 13 and 26, they worked on their first project with The Fuller Center for Housing – a rehab in Silver Valley, Idaho, that drew five RV couples for the two-week project. The Usserys took the lead among the other RV Builders.

“This is reminiscent of what Millard [Fuller] was doing when he first founded Habitat,” said Bernie. “Repairing rundown houses is what he originally started at Koinonia Farm [in Americus, Ga.].”

“We’ve been so fortunate and this is a great way to give back. It’s amazing to see the difference in a family after what kind of housing they’re coming from,” said Bernie. “[For example], we met a minister in South Carolina who said he’d never be where he is without the Habitat house his family moved into when he was six.”

“One of the highlights is when you ask a little kid where their room is. They can point to it on a slab or even the bare ground,” said Bernie. “I also like working with the homeowners and seeing how hard they work. They aren’t just given the house; they have a true investment in it of hard work and emotions.”

Neither had previous construction experience, other than things they learned from their fathers. Bernie was in the Air Force and Audrey worked on satellites with Lockheed Martin. Still, the Usserys have been site leaders on several projects and stress that anyone can get involved. They tell other RV owners about the work and how it’s done, encouraging everyone to join, and frequently see people on build sites that Audrey gave a brochure to in the past.

“We don’t do roofs ourselves, but there’s always painting, caulking, siding and the like,” said Audrey. “You can always learn on the job. This work just gets in your blood.”

RV Builders are invaluable to The Fuller Center. These roving bands of willing volunteers bolster our covenant partners all across the U.S. You can learn more about the RV program and current volunteer opportunities.