The United Church of Christ has launched an effort to build 50 safe, permanent homes in the earthquake-ravaged country of Nepal and will be doing so with a familiar partner, The Fuller Center for Housing.

The Christian denomination and the Christian housing ministry worked well together in building permanent homes as part of the long-term earthquake recovery effort in Haiti, which was struck by a massive quake in 2010. The UCC funded the construction of 32 Fuller Center homes in Haiti, more than one-sixth of The Fuller Center’s total in the island nation.

Now, The Fuller Center aims to build 200 new homes in the area of Trishuli, and the UCC’s pledge to help will allow local leaders to truly ramp up the effort. 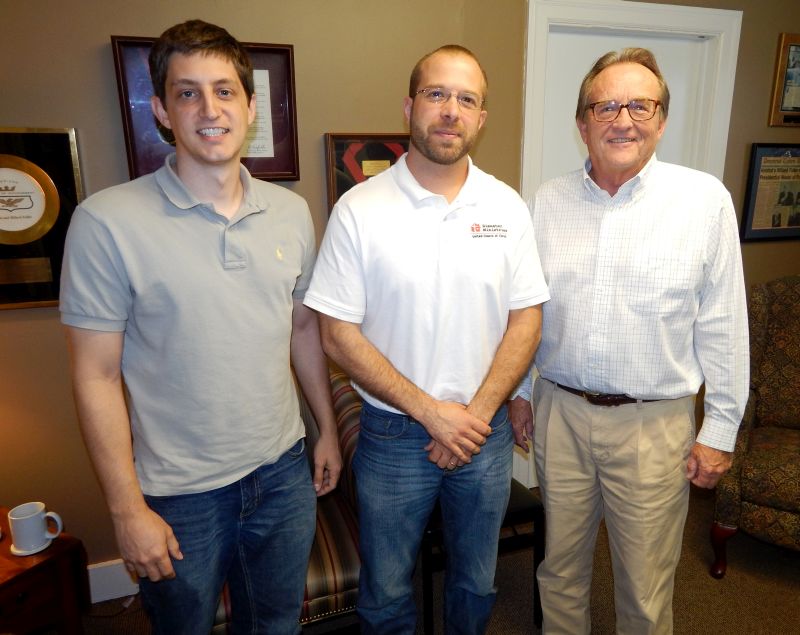 “We had worked with you guys in Haiti, so there already were some connections there,” said Zach Wolgemuth, Executive for UCC Disaster Ministries who paid a visit to Fuller Center headquarters in Americus, Georgia, on Monday to discuss the effort. “So, when the Nepal earthquake happened, we were looking for certain partners. We don’t have offices internationally for disaster response and recovery work. We work through partners and partners who do have local relationships. I was looking for organizations that had established relationships there, that were not just coming into the community right after the disaster, so I thought of (The Fuller Center).”

Fuller Center President David Snell said that the follow-through that the UCC witnessed from The Fuller Center’s work in Haiti is important whether it is dealing with an organization like the UCC or an individual donor. He said the trust between donors and the ministry is key to its success.

“We too often call donations to our work ‘gifts’ when in reality they are ‘trusts’,” Snell said. “The donor is entrusting us with funds to serve a purpose on which we both agree. Honoring this trust is among our most important duties, and we’re pleased to know that the funds entrusted to us by the United Church of Christ for our work in Haiti honored their expectations.

“Now, we’re moving forward with another generous sum entrusted to us for our earthquake recovery work in Nepal,” he added. “I’m confident that they will be pleased by how their funds are used there as well as how we reach out together to bless more of God’s people in need.” 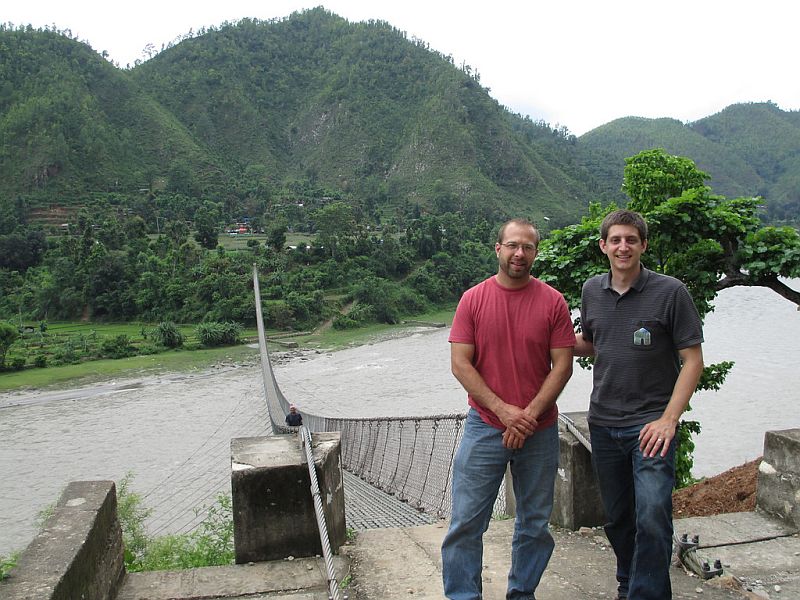 Wolgemuth echoed the importance of trusting its partners.

“That makes a world of difference,” he said. “We’re dealing with donated dollars, folks that have given from the depths of their heart and out of conviction, so a major part of my job is to make sure that those donated dollars are utilized in an appropriate way — that they are going to the things that they need to go for but also that funds are utilized wisely and not squandered or wasted. The fact that we worked with you guys in Haiti worked to build that trust. And that’s really what it’s about — the trust and the relationships.”

Wolgemuth visited Nepal on a trip with Fuller Center Director of International Field Operations Ryan Iafigliola in June to survey needs and examine the situation in Trishuli, where The Fuller Center had a previously established local presence and had completed 12 homes before the quake. All 12 of those homes were not only still standing after the quake but completely unscathed despite being just about 30 miles from the epicenter.

“I was certainly impressed with the quality and the construction of the homes,” Wolgemuth said. “Knowing that the homes prior to the quake had been built in this seismic area and ended up fairly close to the epicenter of the quake itself and really didn’t sustain any damage at all was certainly a major factor. It is really, truly a sustainable project.” 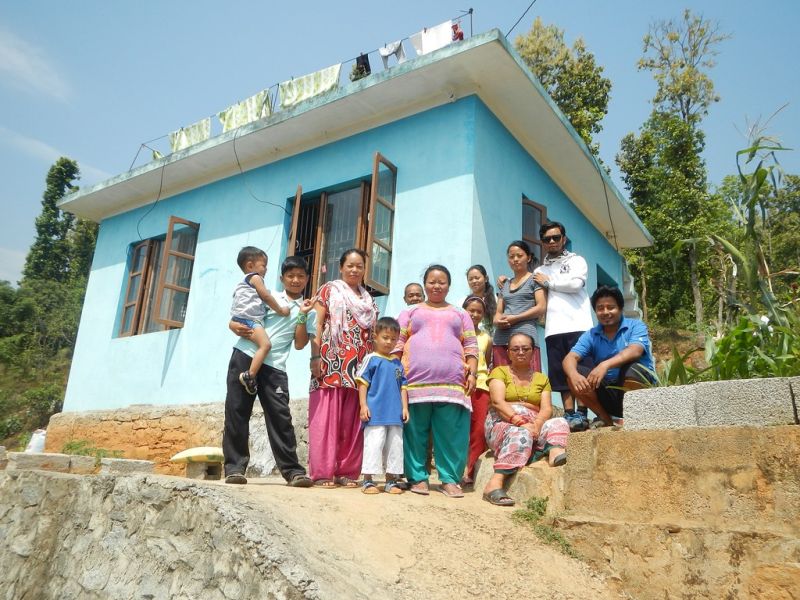 He also was able to meet local Fuller Center leaders in Nepal, notably Samuel Tamang, and left confident that the right team was in place locally to ramp up the work of building more homes for people in need.

“That’s one of the things I always look for with our international response — that local relationships are there and local people are able to either make all of the decisions or at least be involved significantly in the decision-making process about how their community is going to recover,” Wolgemuth said. “All disasters begin and end locally, so local people need to be able to make the decisions about how they are going to recover. I was impressed with the local leadership in Nepal, especially with Samuel (Tamang) and the support and the connections that he had and the vision he had for how to ramp up if the resources were available.”

Iafigliola said the resources the UCC will provide toward its goal of working with The Fuller Center to build 50 new homes in Nepal will be a game-changer for the housing ministry and families in need. 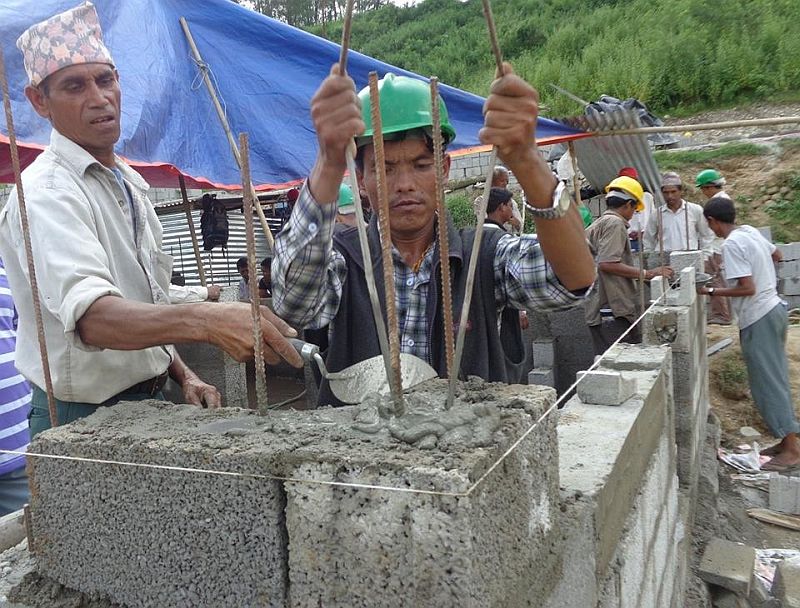 “These homes will enable hundreds of people who have experienced terrible trauma to feel safe and secure in new earthquake-resistant homes,” Iafigliola said. “It will also help us continue to support the Nepali economy as we create jobs, teach masons earthquake-resistant construction and purchase local materials. The UCC has been a great partner in disaster recovery efforts.”

During Wolgemuth’s trip to Americus on Monday, he was able to have a down-home, Southern-cooking lunch with Snell and Iafigliola and meet with staff members at The Fuller Center’s quaint but cozy headquarters.

“This is great,” he said as he looked around the small building. “You guys are grass-roots, absolutely, which is wonderful. Knowing the heart of The Fuller Center and how The Fuller Center came to be, I did not expect anything different than what I see here — humble and simplistic.”

Click here to see photos of The Fuller Center’s work in Nepal.