The Fuller Center for Housing Henry County already had big plans this weekend – a roof repair in McDonough, Ga., and a project to make a Stockbridge home more accessible for a wheelchair-bound 13-year-old named Jacob. 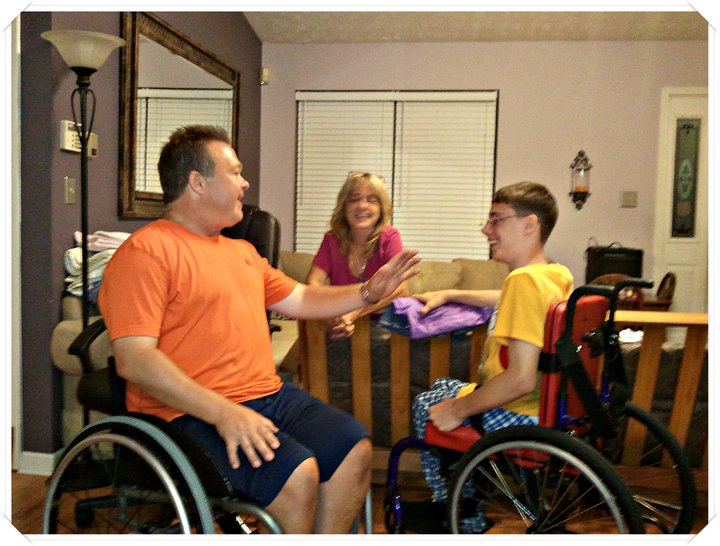 Shane Persaud, director of the Henry County covenant partner, said Tuesday he is still drumming up funds for the two projects. But Persaud doesn’t expect to expend a lot of effort trying to find volunteers to work this weekend.

The volunteers found him.

The True Value regional distribution center in nearby Jonesboro, Ga., contacted the Henry County FCH and said they were looking to do some volunteer work as part of the company’s Day of Caring.

They called the right place.

“It’s a huge deal,” Persaud said. “They are going to send 40 volunteers our way Saturday. So we’re gonna split them up – send 20 to the roofing project and 20 to the ADA project.”

Persaud made that statement about 4 p.m. By 5 p.m., the number of volunteers looked to be around 45, according to Tony Carver, warehouse superintendent at the distribution center.

"The company has had the Day of Caring for a while, and we’ve been looking to get the distribution centers involved," said Carver, noting that other efforts to find volunteer projects garnered little response before someone told him they had heard UPS had enjoyed good working experiences with the Fuller Center. "So we called the Fuller Center, and they were very responsive."

Carver said that Persaud seemed overwhelmingly delighted with the volunteerism offered by the True Value RDC.

"I think Shane was expecting maybe 25 or 30," Carver said with a chuckle. "I’ve been pleasantly surprised with the participation. It looks like we’ll have around 45, which is almost 50 percent of our workforce here. Coming out on a Saturday in the heat with kids starting school and some employees having to take kids off to college and such, I’m just real happy with the participation rate."

The family partnering to have the roofing work has informed Persaud that they would have family and friends do the work of tearing off the old roof Friday so that volunteers can get straight to work putting on the new roof Saturday.

“I got a good quote today (on the shingles),” Persaud said. “And I’d think with 20 volunteers and maybe 10 on the roof and an air compressor gun that we ought to be able to get that new roof on in two or three hours.”

As for the ADA project in Stockbridge, the team will be tackling three tasks: adding a kitchen sink at wheelchair height, widening a bathroom doorway and refitting the toilet, and building a wooden deck that is level with the house and has a ramp.

“At 13, he’s becoming more independent,” Persaud said of Jacob, who suffers from a fused spine and was supposed to be undergoing surgery Tuesday. “They have a concrete back deck now with about a 12-inch dropoff. We’re going to replace it with a wooden deck flush with the main floor so that he can more easily get outside.”

Headquartered in Chicago, True Value Company is one of the world’s largest retailer-owned hardware cooperatives with more than 5,000 independent retailers. The Fuller Center for Housing would like to thank the company and its generous team in Jonesboro for their outstanding support.

Want to get involved with Shane Persaud and FCH Henry County or donate to this weekend’s work? Click here.