Volunteers gearing up for tornado recovery project this weekend in Griffin, Georgia

Who: The Fuller Center for Housing (FCH)
What: Volunteers will repair Bobby and Anita Simpson’s tornado-damaged home
Where: 5029 Old Atlanta Road in Griffin, Georgia
When: May 14, 8 a.m. – 3 p.m. 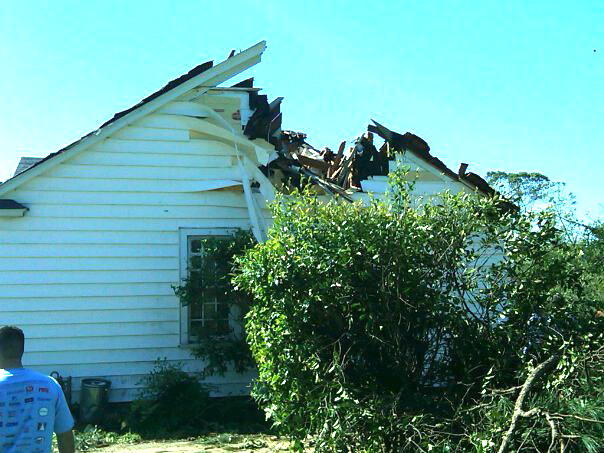 (Americus, GA) – The Henry County Fuller Center and The Fuller Center of Greater Atlanta are gearing up to repair Bobby and Anita Simpson’s severely tornado-damaged home this Saturday, May 14, on 5029 Old Atlanta Road in Griffin, Georgia.

Unable to afford insurance for the home that’s been in Anita’s family for decades, the Simpsons had a lapsed policy that left them on their own to fix the estimated $4,000 in damages.

The Simpson’s plight illustrates the large-scale damage that has been wrought by the tornadoes that recently tore through the southern U.S. An estimated 10,000 homes and other structures were destroyed in the storms, which will equate to about $2 to $5 billion of property insurance losses, according to an April 2011 Reuters News article. 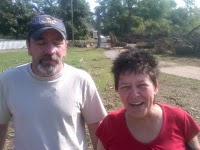 The Henry County Fuller Center, a newly organized FCH covenant partner, recently received a start-up grant from the Fuller Center headquarters for the project, and a $1,500 donation from Kohl’s department store. Volunteers will provide all of the labor.

“This is where our faith is leading us. I urge everyone who can make a difference to step forward so we can help these families in need,” Shane Persaud, president of The Henry County Fuller Center, said.

Galey said 30 volunteers have already signed up to help Saturday, but more are still needed to help repair the Simpson’s home, and to scout out more people in need of help in the area.

“… The Henry County Fuller Center for Housing, with The Atlanta Fuller Center, is redirecting its energy in collaboration for a time,” Galey said. “I’m asking you for your help, to find where you fit in, be involved just for a day, look in the eyes of the needy, hear their plight, stand where they are and let your heart lead you.”