Tim Buscheck of Orinda, Calif., has made nine home-building trips to Lampang, Thailand, with members of his church, First Presbyterian Church of Berkeley. The last five of those trips, he served as the house captain on those builds, the most recent one with a team of 19 volunteers in January of this year.

Because of the coronavirus, Buscheck’s next planned trip to Thailand with First Presbyterian has been pushed back to January of 2022. However, he’s still building homes in Thailand — virtually.

Through his participation in The Fuller Center for Housing’s Global Home Challenge this past summer — a virtual event to raise money for international home building in lieu of a canceled Fuller Center Bike Adventure and Global Builders trips — Buscheck set a goal to bike 3,000 miles on his own and, more importantly, raise the money to build another new home in Thailand.

With the help of church members and friends, he raised more than $5,865. That fundraising total has been converted into our newest Fuller Center home in Lampang.

Suwit and Kamonun, parents of a 3-year-old girl, had been living with Suwit’s parents and younger sister in a single room, where everyone slept on thin mattresses on the floor. The home was infested with termites, and the stairway had to be held up with blocks to keep it from falling. During frequent rains, the roof would leak and soak their mattresses despite their best efforts to catch the water in buckets.

Although Suwit and Kamonun had stable jobs with a pineapple farming cooperative and their grandparents owned some farmland, they could not afford a simple, decent home before partnering with The Fuller Center for Housing of Thailand. Suwit said he’s very thankful that he no longer has to worry about his roof flying away during the rainy season. He said if it weren’t for The Fuller Center and supporters like Tim Buscheck and his team of supporters, he doesn’t know when he could have been able to build his family’s home.

your support makes these stories possible. give today! 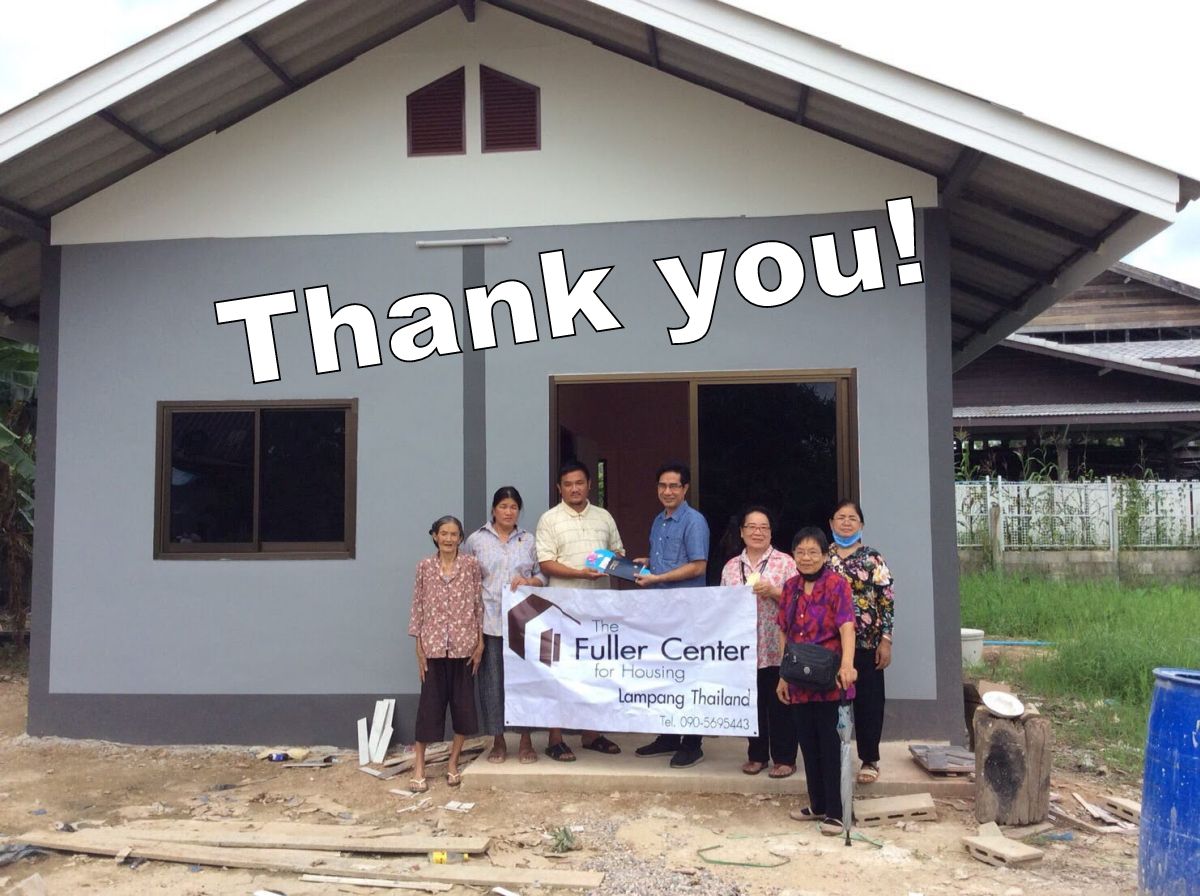