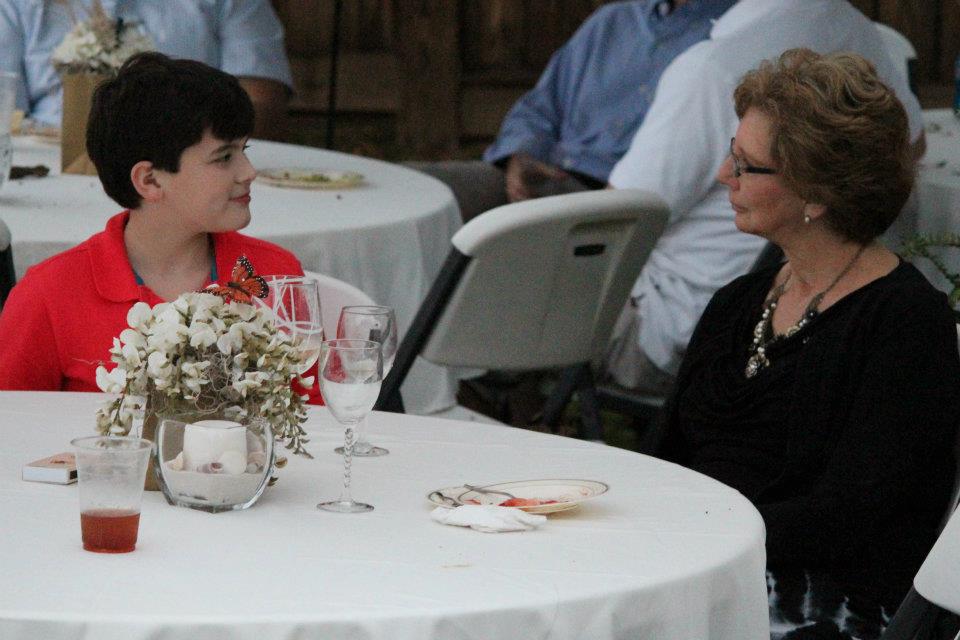 Today marks my one-year anniversary as communications director here at The Fuller Center for Housing, a position that a little over a year ago I’d have never imagined having. Having been in the newspaper business continually since 1989, I was ready for a change but felt that journalism was all I’d ever be able to do.

But wanting to get out of the struggling newspaper business, as well as wanting to be closer to my family and my then-girlfriend, and closer to an area of the great state of Georgia that most feels like home, I took a total leap of faith and applied for this job. I was 40 years old, and if I didn’t take the leap then, I probably never would.

I came into my interviews with a facade of confidence that I could succeed in growing awareness and building support, but it was a facade indeed. I was terrified that I’d fail miserably and take the entire affordable housing movement down in some kind of communications global apocalypse.

Fortunately for me, President David Snell and the others at The Fuller Center didn’t see through my facade. And, fortunately for The Fuller Center, the communications apocalypse I feared never happened. In fact, I’d like to think that word about the great work we do is spreading and that support is building. The numbers do seem to indicate I’m OK in thinking that.

I’m thankful that I’ve been able to keep my weekly newspaper column, and I believe a good many readers of the Columbus Ledger-Enquirer are fairly thankful, too. There ain’t many nonprofit Christian organizations that would hire a Southern humor columnist who preaches the gospel of Jimmy Buffett and Sheriff Andy Taylor, and allow him to keep his toe in those rare waters. It’s just a few minutes of my week, after this job is done, and I believe it helps our dealing with the media to have a communications director who actually in a small way is still a member of the media.

My mission here was fairly simple as put to me by David. Sure, it’d be great if I were some master of the gazillion marketing and fundraising tools out there, but I had one primary job, and they thought I could do it despite my quirky Southern humor and always-against-the-grain notions:

“We want you to tell our story.”

There’s an awful lot I’ve still got to learn about this position, but telling this story? Shoot! That’s a piece of cake! (Mmm, cake. How come no one got one for my 1-year anniversary?!) The Fuller Center for Housing’s story is easy to tell. The story actually is comprised of hundreds of success stories. I could never tell them all, but hopefully over the years I’ll be able to tell enough that they multiply exponentially.

And the reason this story is so easy to tell is that it’s simple: It’s about helping people help themselves. I’ve met many Christians in this position, but I’ve also met Muslims, Jews and non-religious folks. I’ve met ultra-right-wing conservatives, independents and ultra-liberals. I’ve met folks who are construction geniuses and folks who couldn’t build a birdhouse. But all of these folks are on the same team. No one is against our concept of helping people help themselves.

Many journalists consider you a bit of a sellout if you leave an industry of facts for public relations positions where your job is about spin and sales pitches. But the beauty of this job is that I didn’t have to sell out. I don’t have to spin this story. I don’t have to sell this story; I just have to tell it. As David has told me more than once, “When people find out about us, they tend to like us.” That’s been proven true.

I’m very proud of my newspaper career and being part of one of the last vestiges of trustworthy information in this American era of growing ignorance where people seek spoon-fed confirmation of preconceived notions rather than information that comes from more than one side and multiple sources so that they can develop informed views and use their God-given power of reasoning. But I’m even more proud to be part of this mission to help people help themselves.

And I hope I can keep telling this story for years to come.

So, on the occasion of my first anniversary, if you’ll indulge me, I’d like to share a few of my favorite stories from my first year. Please enjoy, and let everyone you know about the good work we do.

There are, of course, many, many more. And many more to come.