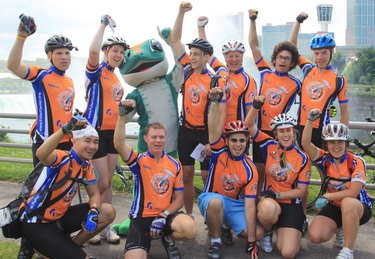 After the short send off ceremony, the team left the national wonder behind and headed toward Buffalo, N.Y. Niagara Falls is only the first of many exciting stops the adventure will make in the 2,500-mile journey, including a finale in New Orleans. (See the route here.)

Trip leader Ryan Iafigliola addressed the cyclists before they took off.

"This ride is far more about the journey than it is about the destination. Over the next 50 days, we will ride through wind and hills, sun and rain, and some days we may feel like just staying in bed," he said. "But on those days, let us remember our purpose for riding: helping those in need of a decent place to live. This trip is a leap of faith that we really can make a difference."

View photos from the Adventure on Flickr – updated daily!

The adventure rides until Aug. 8. At least 50 cyclists are taking part in some or all of the ride, crossing 11 states with the goal of raising $250,000. GEICO is a major sponsor of the ride. The generous donation covers all overhead costs for the Bicycle Adventure, meaning 100 percent of donations go toward helping those in need.

Most cyclists arrived in New York Friday, where Iafigliola led an orientation and the riders had the chance to get to know one another. They visited Niagara Falls, and stayed the night at Riverside Presbyterian, which graciously opened its doors to the crew through Sunday.

The pastor at Riverside, Laura Norris-Buisch attended the send off along with some members of the congregation. And she offered a blessing for the riders. 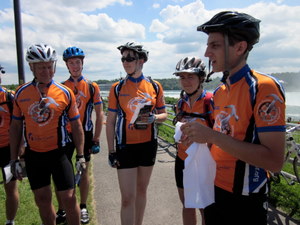 "This is exciting," Aaron Alaman of New Jersey, who will ride the entire journey, said Sunday before the team kicked off. "I’m looking forward to building, seeing some sights and meeting new people along the way."

"We all stuck together and had fun," St. Louis-native Olivia Kilian said after finishing the ride to Buffalo. "I’m excited to see what I can do tomorrow!"

More than cyclists, FCBA participants are ambassadors for The Fuller Center, helping to raise awareness about the need for affordable housing for low-income, hardworking families. The team will build and renovate Fuller Center homes in six different states and speak to church groups and civic organizations. Funds raised will go toward building and repairing homes in Haiti, New Orleans and other Fuller Center locations.

Stay up to date with the Adventure as the team continues rolling south. The blog will be updated daily.

Donate now to help the riders meet their goal! And learn more about the adventure on the Bike Adventure page. 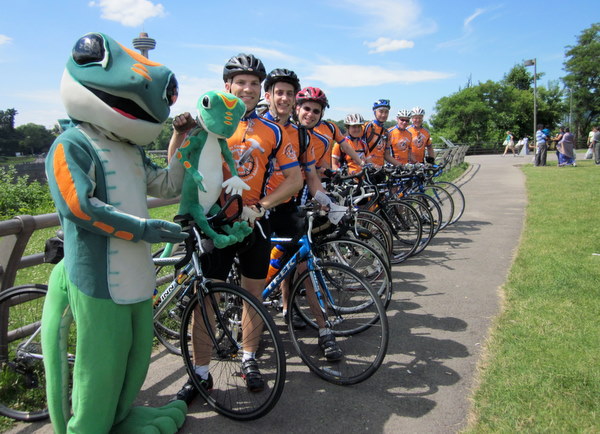