I remember the first time I met Fuller Center for Housing founder Millard Fuller. I wasn’t involved in any way with the affordable housing movement. I was merely an overworked sportswriter with high blood pressure at the age of 23.

I was covering a Futures Tour golf tournament (sort of the minor league of women’s golf) at the Brickyard Plantation golf club outside of Americus in 1994. Among the notables in the tournament was Australian Karrie Webb. She was unknown at the time, but she has since earned more than $16 million and won 38 times on the LPGA Tour, more than any other active player. She finished third at the Brickyard that year, but I’ll remember her more for glaring at her caddie during the final round for laughing when a pig on an adjacent farm loudly squealed as she attempted and missed a short putt. Judging by the look she gave him, he’s lucky to be alive. 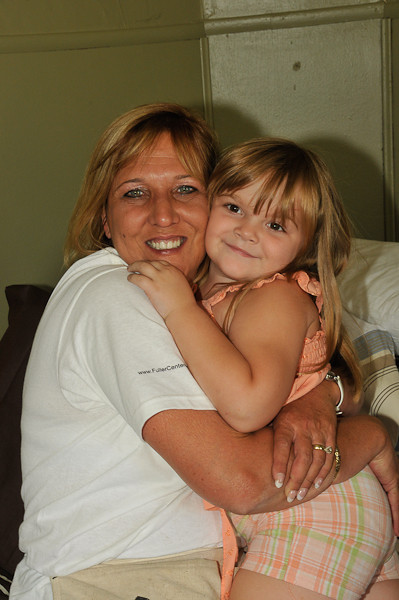 Only in Americus can we mix pigs and golf.

Anyway, I’d been covering the tournament and had spent a good bit of time putting together the program for the event, which that year benefited Habitat for Humanity. On the final day, Millard came up and hugged me and told me what a great job I’d been doing.

That he may or may not have actually been following what I was doing and had any basis to give me credit for a good job wasn’t the issue. He hugged me. This man who had changed the world and redefined what charity meant hugged me. I wasn’t the touchy-feely type, and I’d have been perfectly fine with a handshake, but the man was a hugger. My compliment came with a hug, and compliments are very hard to come by for small-town sportswriters, so I had to take it.

Which leads me to our Save a House/Make a Home initiative. Well, in a roundabout way. Our Fuller Center covenant partner in Louisville, Ky., will have a home dedication at 10 a.m. CDT Wednesday for Carolyn Mayes. Louisville Mayor Greg Fischer will be there to present the keys. It’s a home that was foreclosed upon, sat vacant for a year and was refurbished into a simple, decent home for Ms. Mayes, her daughter and two grandsons through the hard work of FCH Louisville, supporters, volunteers and partners.

Grace Patterson, who leads FCH Louisville’s family selection committee, told me of Ms. Mayes, a cancer survivor and long-time FCH supporter: “She gives great hugs.” Actually, Grace told me much more about Ms. Mayes’ amazing spirit that you can read later this week, but I found it interesting that Grace pointed out the hugging.

I find it interesting because hugs abound with The Fuller Center. Can you imagine a Fuller Center home dedication without hugs? A loan closing at the lawyer’s office, perhaps, but not at a Fuller Center event. (Come to think of it, Millard’s also the only lawyer I’ve ever hugged.)

As someone who’s gotten hugs from homeowners, board members and co-workers, I guess I’ve gotten used to all this hugging. Looks like I’m becoming a hugger myself. Maybe I’ll even hug another lawyer someday. But if Carolyn Mayes’ hugs stand out in an organization where hugs abound, she must be quite the special lady and worthy of being among our first wave of Save a House/Make a Home recipients.

And since Save a House/Make a Home is the kind of program that everyone — including banks, families, neighborhoods and the housing industry itself — can wrap their arms around, it’s fitting that this home dedication in Lousiville goes to a hugger among huggers.

Learn more about the Save a House/Make a Home program.