“She’s four-foot-eleven, but when she’s on the construction site, she’s the tallest person there.” 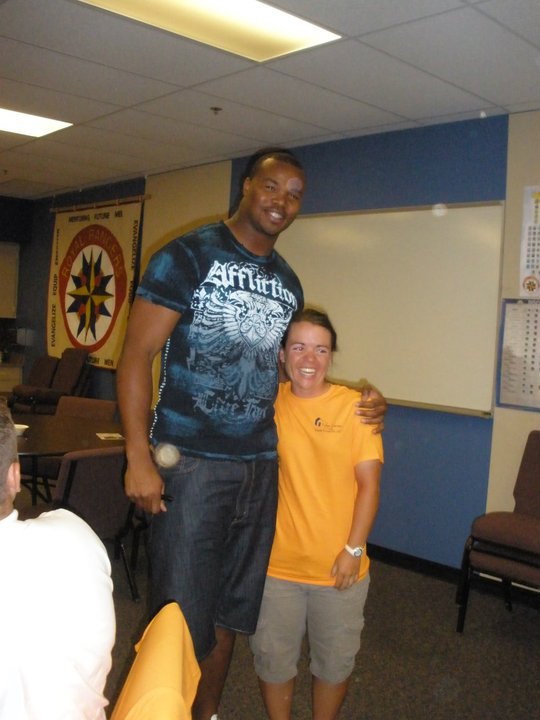 That’s how Kirk Lyman-Barner, The Fuller Center’s Director of U.S. Field Operations, describes the newest Fuller Center staff member, Alyssa Hostetler, who assumed the role of director of the Americus-Sumter covenant partner last week. She will also assist with special events such as the Millard Fuller Legacy Build and the Faith in Action weekend.

“She’s a bundle of energy. … She has a love of doing construction, and that’s infectious with the volunteers around,” Lyman-Barner said. “They see her working harder than everyone else and making sure that everybody’s in the right place, and they want to respond and help her out. That’s great to see.”


Hostetler will be filling a valuable role in the organization.

“We are delighted to have Alyssa Hostetler join our team to head up the Americus-Sumter County covenant partner.  This is an important assignment– we want our local CP to be a model for others to look to for inspiration and guidance,” Fuller Center President David Snell said. “We’re confident that Alyssa will take our hometown work to new heights and we welcome her to the Fuller Center family.”

Hostetler’s job will primarily entail meeting with homeowners in the Americus-Sumter area, going over their applications, assessing their needs and then “trying to make it happen” on the build site.

“After going through the applications, I’m really excited about just being able to help these people. … Reading some of their stories, I was like, ‘Why isn’t anybody helping these people? I can’t believe they’re just sitting in a file here on this desk,’” she said. “But then I realized that I’m the person that’s going to make that happen. So that’s really exciting. Obviously, this entire organization is making that happen on a bigger scale, so it’s just exciting that I can be a part of that and have a very real impact on these people’s lives.”

Six years ago, during the summer of 2005, Hostetler and her family were on the other end of the equation.

Her sister Jenna, who had just finished 7th grade at the time, was at a pool party and teaching one of her friends how to dive.

“No one really knows what happened, but as far as we can tell she just slipped and hit her head at the bottom of the pool. She became paralyzed from the shoulders down,” Hostetler said.

“… We had to get an addition on our house to make it wheelchair accessible. The whole community came out to help us. People donated tons of materials and labor and things. It’s definitely made our house a lot more of a home than it ever could have been because she’s able to stay there. Seeing how very real that impact is … I mean, six years later that’s the main part of our house. If our community hadn’t helped us out, I can’t imagine what that would look like today. “

Though this experience has lent her an incredibly empathetic perspective, Hostetler’s interest in housing and construction actually stretches back even further to when she was growing up in West Liberty, Ohio. There, she worked odd jobs that ranged from scooping ice cream and babysitting to cleaning bathrooms and helping her father with construction work – the latter of which was her favorite task.

“I have three sisters, so there are four of us girls. My dad did his part to make sure that none of us were too girly-girly,” she laughed. “So, growing up it was always a lot of fun to help him with projects around the house. I remember roofing our house, and I got to take a day off of school. It was the most fun thing ever to help him take off the roof. I definitely learned a lot from him. I think that’s what got my initial excitement and interest in things like that.”

This interest was later part of the impetus behind several mission trips, a summer volunteer stint with the Mennonite Disaster Service in Canada, as well as her attendance at Hesston College in Ohio for their Disaster Management program.

During her two years at Hesston, she studied the different aspects of working on a build site after a disaster, and completed coursework in leadership development, psychology and sociology.

Much of the program was also hands-on training.

“The summer of our freshman year, we went to Louisiana for eight weeks and shadowed all the different roles there. So we spent a week as construction foreman, project director, cook, office work, case manager … so just all the different positions,” she said. “Then our second summer, we were supposed to find eight weeks of service to do on our own as part of this program.”

In her search for a construction service project, she was connected with the Mennonite Voluntary Service in Georgia, which placed her with Habitat for Humanity in Americus. Instead of fulfilling just her requisite eight weeks of service, she stayed for a year.

During that year she renovated the local volunteer housing around the area, but was largely removed from people in need, which gave her valuable 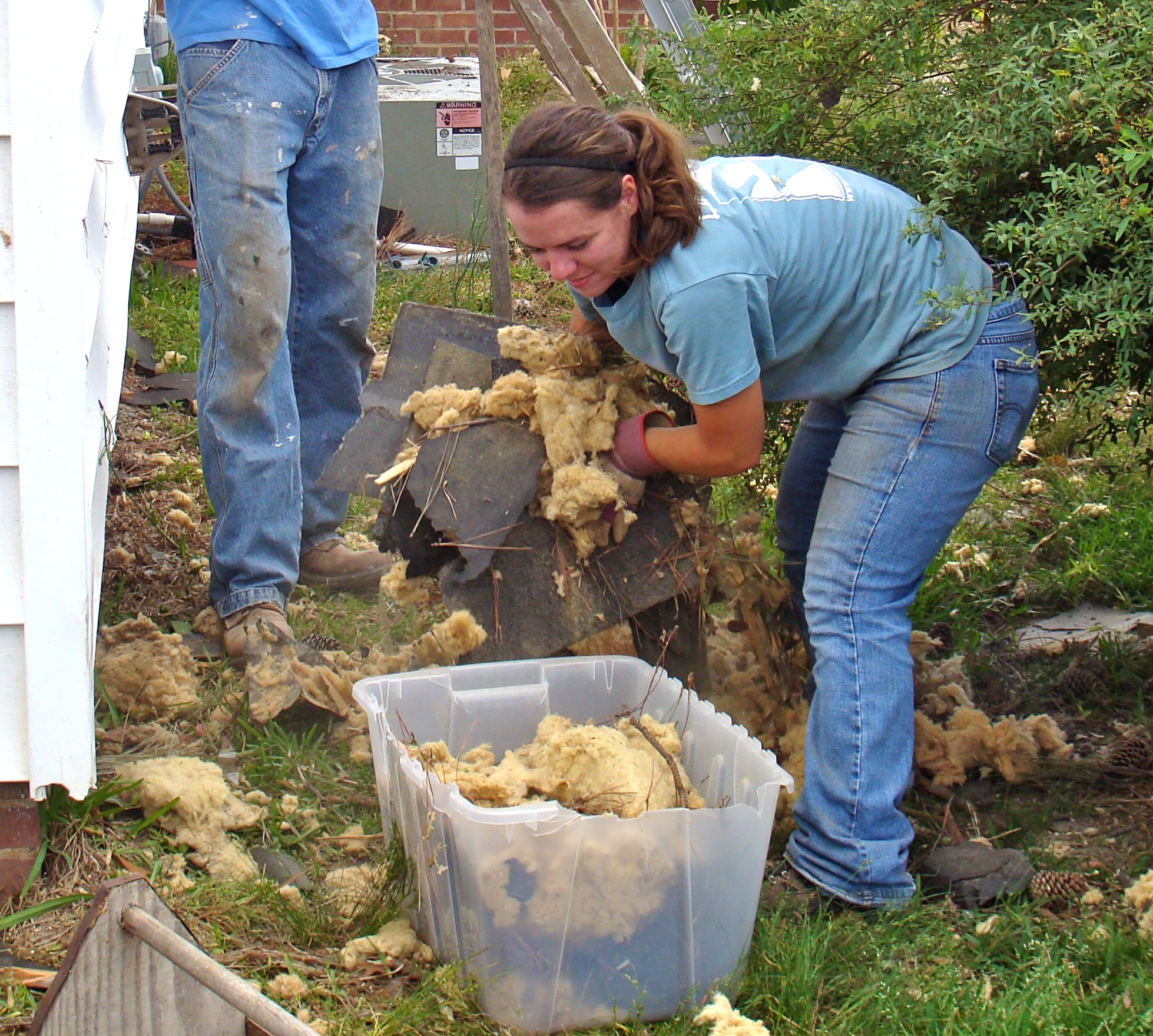 insight on the real reason she enjoys construction work.

“I realized that the reason that I enjoy that work so much is because it’s just a good excuse to get out and meet people and to meet the homeowners and to get to talk with them and be part of their story,” she said. “It’s always really interesting to me to hear their stories and where they’re coming from because they’re all so unique and so intriguing. So in working down here and not having that, not having that connection behind the construction work, I realized that that’s the part of it that I really enjoy.”

While in Americus, she also discovered The Fuller Center for Housing.

“That’s actually why I started volunteering with The Fuller Center on weekends, because it was a chance to get out and do what I came down here to do,” she said.

Her weekends volunteering on projects in Americus also served as a precursor to her experience this past summer volunteering on build sites across the nation, which she did while biking an average of 75 miles a day as a participant on the Fuller Center Bicycle Adventure.

“What a trip. That was really amazing,” she said. “It was a really good challenge, because there was a set goal, a set distance to be achieved every day. So if it was the top of a mountain, it was a very real, tangible goal to be reached every day. So it’s just trying to survive.  It was a great feeling of accomplishment when you push yourself so hard you wonder if you can make it.”

That work ethic, along with her obvious sense of compassion for those in need of decent housing, makes her a fitting addition to The Fuller Center team.

“It’s been really great working here. Everyone really cares about what they do,” Hostetler said. “Everybody is here because they want to be and what they’re doing is important to them, and to have that as the running force of the organization is something that I’ve definitely admired and wanted to be a part of. Now here I am, a part of it, too.”