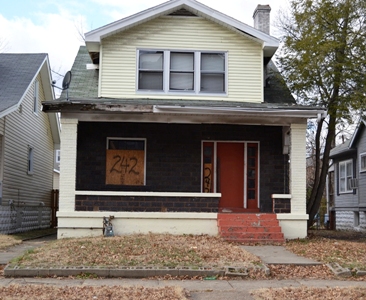 The foreclosure crisis is a national disaster.  The Christian Church should treat it as such and respond.

When a tornado, flood or hurricane strikes a community, our nation’s governors generally use 100 damaged or destroyed houses as the benchmark to declare a disaster and ask for federal assistance.

There are over 18.5 million vacant houses in America.  Meanwhile, nearly 6 million Americans live in poverty housing, not counting those who are homeless or living with relatives.  As many as 3 million children have lost their homes to foreclosure and another 8 million are at risk because they are living in rental units that are at risk of foreclosure.

Where are the cries for help?  If this was “an act of God” (the insurance term I despise) celebrities would be organizing telethons, and the Church would be organizing volunteers to assist first responders to rescue the children, the elderly and the most vulnerable of the communities.

The first responders also are involved in this disaster, but we don’t like to think about what they are being called to do.  The vacant properties are often vandalized, occupied by homeless squatters, become crack and prostitution houses and are overrun with toxic mold and vermin.  Too often, for good church folks, the fire call to put out crack house blaze is someone else’s neighborhood problem.

But it is our problem.  Most abandoned properties are tax delinquent, depriving local governments of millions of dollars of revenue.  The blighted neighborhoods result in an increase in fire and police calls, adding to an increased burden on local governments with shrinking revenues, forcing the termination of other desperately needed social service and government works projects.

I think the muted response of the Christian Church and its disaster relief agencies is due to several factors.  First, the problem is so pervasive and overwhelming that a solution is hard to identify.  Then there are political issues that we tend to want to avoid.  On the nightly news we see groups protesting the rescue of failed banks and families who made poor mortgage decisions.  These groups insist that in a capitalist system the government needs to let failure happen for the sake of the free market.  Other groups, equally as angry, are protesting the lack of regulation of the banks, watching bonus salary reports from the same banks who were bailed out and who created the adjustable rate mortgages and issued the risky loans in the first place.

When I see and read about the suffering and the neighborhood blight caused by the foreclosure crisis, I too am filled with anger.  The problem was caused by the greed of both the lenders and the borrowers. But lost in the struggle and the protests are proposed solutions for families and communities who desperately need them.

David Snell, President and co-founder of The Fuller Center for Housing, recently watched a documentary about families who lost their homes to foreclosure.  These displaced families were relocating to Florida and the localities in which the families settled were not prepared for the impact this influx of homeless families with children would have on their educational systems.   After watching the film, David had an epiphany: “We need to concentrate our energy on matching vacant houses with families who need them.”  Thus the Save a House/Make a Home initiative was launched.

This is one solution that should energize and mobilize the Christian disaster relief programs.  It’s not a complicated concept. Here’s how it works:

Banks and lenders with foreclosed properties donate their houses to affordable housing ministries such as The Fuller Center for Housing, and volunteers work side-by-side with families in need to make necessary renovations and upgrade the homes making them more energy efficient.  The Fuller Center leadership prices the houses with a formula that makes sense for the local community, by the number of bedrooms or by the square foot.  The individuals and families who were vetted for need and ability to pay purchase the homes on a modest 0% interest loan.  Their payments are then recycled back into the community to help others in need.  This is a process that we know works.  It has been proven successful around the world since 1968 when Millard Fuller and Clarence Jordan first experimented with Clarence’s idea of a Fund for Humanity.

This program efficiently weaves the seemingly different but inseparable American values of both individual and community responsibility.  Banks and their shareholders are relieved of their “toxic assets” and “non-performing loans.” The properties are returned to the tax revenue base for local governments.  And church folk can find meaningful mission opportunities in the shadows of the steeples.

The Louisville Fuller Center for Housing is taking the lead on the Save A House/Make A Home effort.  They have completely turned around the once-blighted Shawnee neighborhood on the west end, with their latest home going to 61-year-old Carolyn Mayes, who works at Spirit of Love church, an active partner in the Save a House/Make a Home initiative. 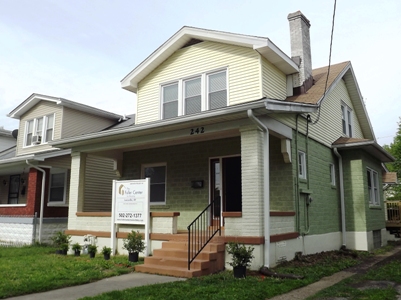 And in the Allendale neighborhood of Shreveport where, after hurricane Katrina brought tens of thousands of evacuees to the area, The Fuller Center for Housing was invited to work alongside Community Renewal International. Whole blocks of abandoned shotgun houses were replaced with new homes.  Initially, the local police said the area was too dangerous to work in.  Now there are neatly groomed yards and the sound of gunshots and sirens has been replaced with the sound of children playing in the streets.  The crime rate has dropped 80% in the Allendale neighborhood.

There is a solution for so many in need, but only if the Church responds.  It is time to put down the protest signs and pick up a hammer or write a check.  The millions of our nation’s children whose lives have been disrupted need your help.

The Christian church has been the cornerstone in building the largest housing organization in the world using this simple formula.  Time and time again it has responded to disasters, creating revenue and supplying labor to rebuild lives after a tragedy.  We know we have the resources.  We are called to bring a moral voice to the problem and be a part of the solution.  What we now need is for people to expand their definition of a disaster, as the foreclosure crisis in America surely is a tragedy waiting for a sign of hope … a collective response demonstrating the incarnation of God’s grace for those who need a true act of God.