It’s never been a secret that people who take Global Builders trips with The Fuller Center for Housing change lives — not just those for whom they build homes, but for themselves, as well. But what was less clear was the exact impact beyond simply feeling good about helping others.

Now, a new study led by Fuller Center Director of International Field Operations Ryan Iafigliola has taken an in-depth look at those impacts by surveying dozens of people who went on Global Builders trips with The Fuller Center in 2011. Though the program has grown by leaps and bounds since that year, Iafigliola wanted to know how volunteers are impacted long after their Global Builders experience. The study used both surveys and interviews. 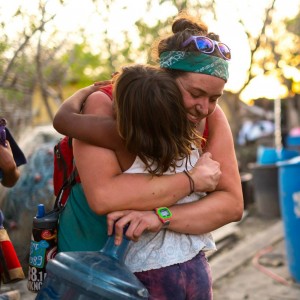 “As you might expect, most of our attention given to the Global Builders program focuses on the impact on the partner families and in just making sure the teams had a good experience,” he said. “The teams have always told us their trips are  ‘life-changing,’ but this is the first time we’ve studied the impact on the volunteers themselves in a systematic way.”

“I really didn’t know what we’d find, and I must say I was pleasantly surprised by the results,” Iafigliola said. “To me, the study indicates that not only do our teams change the world, but also that the experience changes them. It serves as fitting testimony to Clarence Jordan and Millard Fuller’s dream to create a ministry that not only blesses the poor, but also blesses the rich.”

Click here to learn more about our Global Builders program.