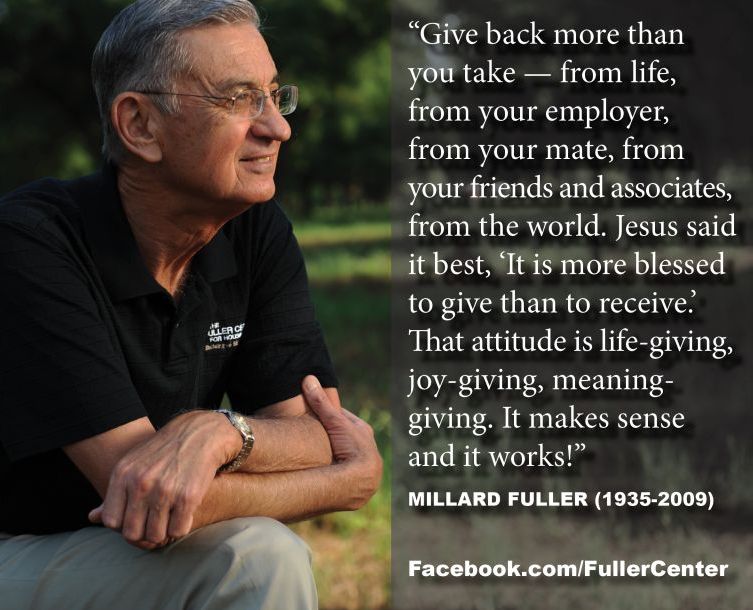 Every now and again someone comes along with enough vision, energy, charisma, focus and faith to make a significant difference in the lives of many. Just such a man was born 80 years ago in a humble mill town in west Alabama. Today, January 3, we celebrate the birth of Millard Fuller, a man who spent his life dreaming big and in the process lifted millions out of poverty housing.

Millard didn’t set out to make decent housing a matter of conscience and action around the world. He set out to make a million dollars by the time he was 30 — and he did. In the process, he learned the hard lesson that money and happiness don’t always travel together as his family fell apart and his wife, Linda, left him. Things looked up, though, when they decided to try again, only this time they would get rid of their wealth and let God take a hand at guiding their lives — and what a ride He took them on!

When Millard met Clarence Jordan at Koinonia Farm, his fate was probably sealed. The two of them formed a perfect team of philosophy and action or, as it turned out, philosophy in action. Clarence’s notion that what the poor needed was capital rather than charity and what the rich needed was a just and wise way of divesting themselves of their overabundance struck a mighty chord with Millard. Before long the notion was being tested with housebuilding projects at the Farm and in Americus. Millard and Linda took the idea to Zaire and everywhere it was tried it succeeded.

In 1976 Millard and Linda founded Habitat for Humanity and the rest, as they say, is history. Not only a ministry to the poor — who benefited greatly from it—this was a ministry to the rich who saw their lives blessed as they shared of their abundance with others. It became a transformational ministry to individuals, who found that the time they gave volunteering was rewarded by the great satisfaction of being part of something grand and of doing things they had no idea they could do. How many of us wake up and say, “I think I’ll build a house today?”

In 2005, after being ousted by Habitat, Millard and Linda founded The Fuller Center for Housing, a ministry dedicated to sustaining the basic principles that Millard felt were God-inspired — things like never charging interest of the poor, being exceptionally cautious in accepting government funds, and being unashamedly Christian while enthusiastically ecumenical. Above all, The Fuller Center was to be a bastion of simple faith. Millard never admitted to being more than an instrument in God’s hands, something that gave him exceptional faith in God, in himself, and in the millions of partners around the world who served the poor and were served by the ministry.

Millard died unexpectedly in 2009. It was a biblical 40 years from the time that the first house went up until his death. Like Moses, he wasn’t able to go into the promised land — a land in Millard’s world where every child would have a decent home to grow in — but he was able to stand on the mountaintop and see how his vision had traveled around the world and blessed hundreds of thousands of children whose lives he touched in a profound way.

In 2015 The Fuller Center for Housing will celebrate our 10th anniversary and we intend to do it just as Millard would have, “In an unrelenting quest to provide adequate shelter for all people in need worldwide.” May our faith be great enough for the good Lord to continue to shower this ministry with His blessings. 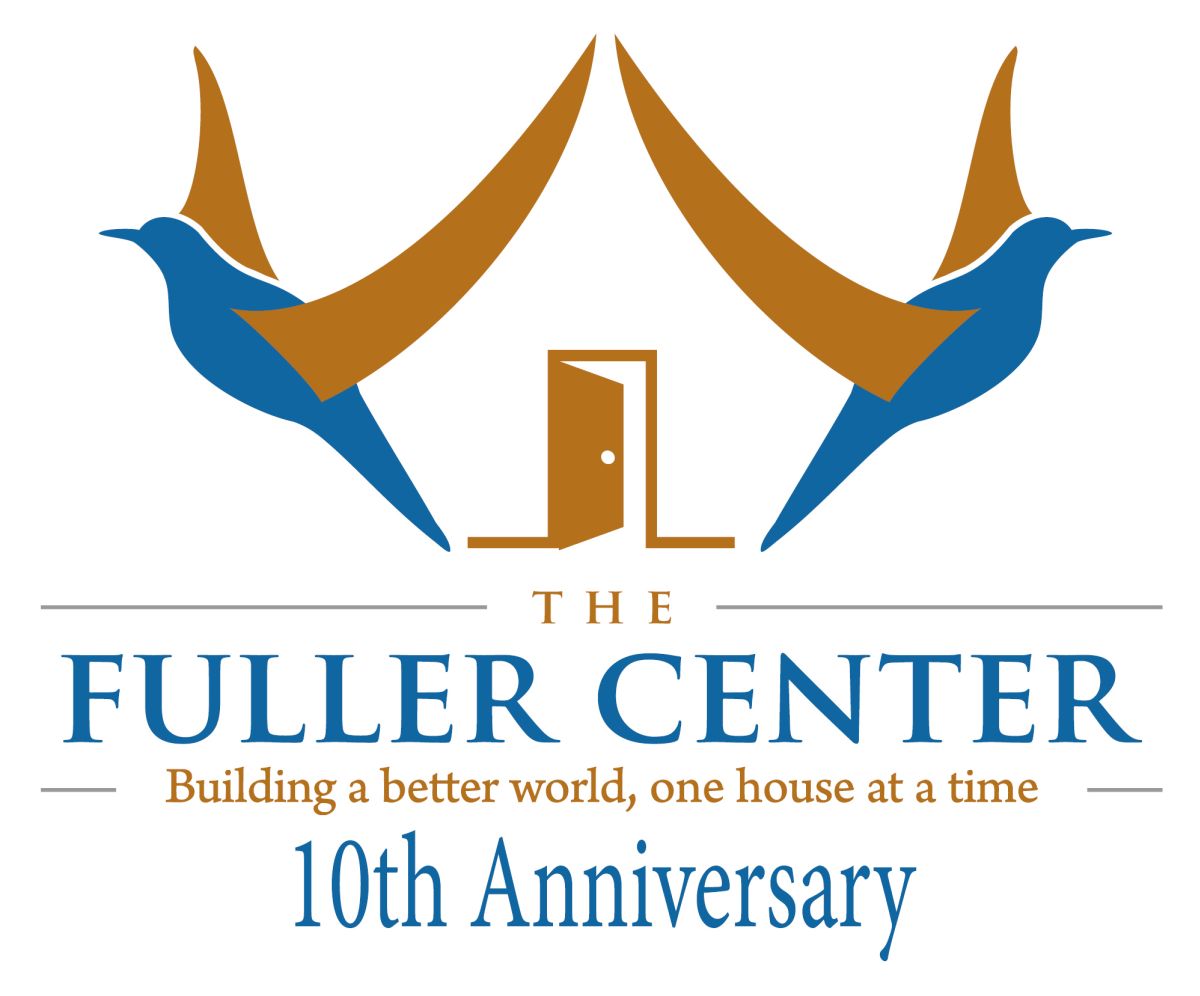 If you would like to make a donation in memory of
Millard Fuller on his 80th birthday, please click here.