Even in retirement communities, there always seems to be some young person coming and going, always on the move and shaking up the quiet life. 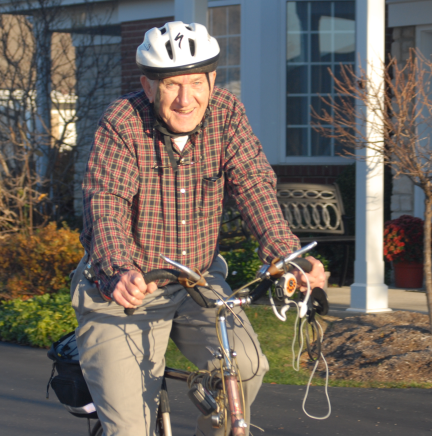 In Springdale, Ohio, that young person is 85-year-old John Hughes. Hughes is always on the move, often on his bicycle as he has cycled more than 34,000 miles over the past 45 years, including extended rides in Europe, Death Valley and from Miami through the Keys. And when he’s not pedaling, you will still find him on the go as he works with Meals on Wheels and with the Independent Transport Network, which helps seniors and people with disabilities by providing them with a safe driver to carry them to medical appointments and other places.

And, now, he has added the 400-mile March 15-23 spring ride down the Natchez Trace Parkway with the Fuller Center Bicycle Adventure to his agenda. He discovered it during a rare moment of sitting in front of his computer — searching for his next move, of course.

“I saw it on YouTube,” he says. “The word ‘bicycle’ appeared someplace, and I clicked on it. I search for bicycle things quite often, so maybe it popped up because of that.”

Not only has riding a bicycle kept Hughes young, but it has been a key factor in staying healthy after developing Type 1 Diabetes.

“I had a bike as a kid only for a short period of time, but after high school had never ridden a bicycle hardly until I was diagnosed with Type 1 Diabetes, and my doctor said I oughta exercise,” Hughes recalls. “So, my son had just taken a bicycle trip at that time and had a leftover bicycle. I inherited it from my son and started riding to work and various kinds of trips.”

What kinds of trips?

“I’ve done several in Europe, and they’re probably the most memorable,” he says. “I had a son that lived in Frankfurt, Germany, and I rode from Amsterdam to Frankfurt once, from Brussels to Frankfurt, London to Frankfurt. And now I have a daughter who lives in Switzerland, and the last two years I’ve been over there and cycled.”

At 70, Colorado’s Tom Weber has jokingly called himself “Geezerman” and loves to trade barbs with his younger fellow cyclists who have become friends since becoming a Bicycle Adventure regular in 2011. In a Facebook post this week directed at his younger Adventure friends, he hailed Hughes’ registration and commented, “You kids are in trouble now … I will draft off John, and we will leave y’all in the dust.”

Hughes, though, doesn’t expect to set any speed records anywhere between Nashville, Tenn., and Jackson, Miss. And if he gets pedaled out during the day, he’ll take a turn behind the wheel of the support van. 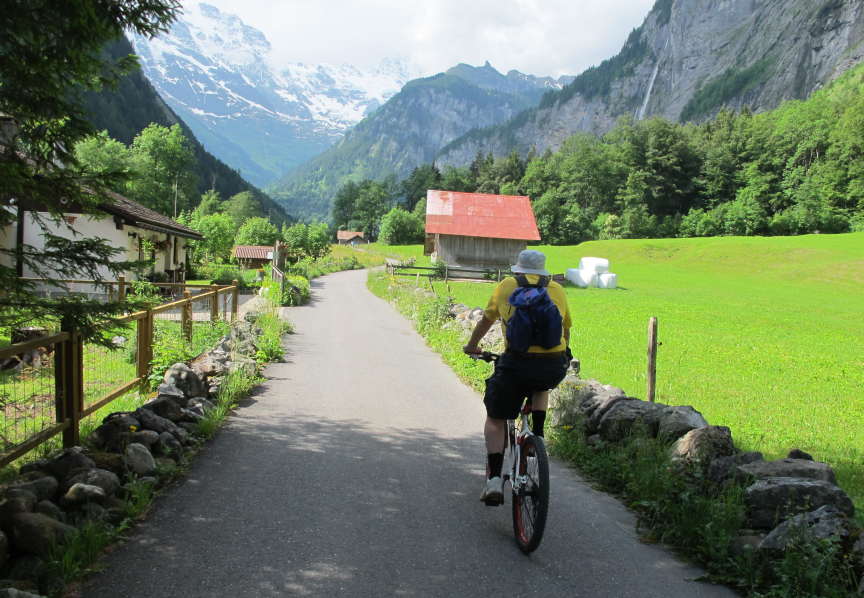 “I suspect at 70 he’s gonna outrun me, and I won’t be able to catch up with him,” Hughes says. “I’ve got some friends that I ride with in the Juvenile Diabetes Research Foundation group that are in their 70s, and they’re hill-climbers, man!”

Bicycle Adventure leader Melissa Merrill is thrilled to have this year’s spring ride feature the widest age range among riders (14 to 85) that the Adventure — and likely most other rides — has ever seen.

“I think having John participate in the Bike Adventure is a perfect example of the many blessings that this ride brings,” she says. “Not only does it show that anyone can do something to make a difference — whether you’re 14 or 85 — but it also gives people like me an awesome opportunity to spend time with inspiring people like John. I just hope I can keep up with him!”

Of course, John’s adventures won’t end with this Adventure. He refuses to sit still very long.

“I’d like to think that I haven’t given up on life or given up on a lot of other things,” he says. “I’m of the opinion that unless you keep busy and give away some of what you’ve got, you lose it.”