To those who have never suffered a natural disaster, it may sound strange that people affected by a tornado, hurricane or flood would ever refuse help. But tales of shady contractors and trouble navigating the red-tape world of disaster relief, many Atlantic City residents have completely run out of trust. 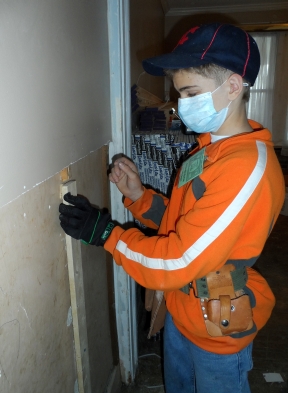 The Rev. Collins Days, pastor of Second Baptist Church and leader of Atlantic City’s Long-Term Recovery Group, is familiar with those who lack trust and hope.

“This city is based upon vices, and it’s full of empty promises,” Days told more than 200 volunteers before they headed out to work on the first day of The Fuller Center for Housing’s Millard Fuller Legacy Build on Monday morning. “Every day, we deal with and are faced with people who have been left out, dropped, living on the outskirts of life. And the only that’s going to make a difference in the lives of the people of Atlantic City is the love of Christ.”

“By this act, by you sharing today, by the sacrifices that you’ve made to come from different places to give of your own resources and share your time and talent with us, by this act, all men shall know that you are (Jesus’) disciples,” he continued.

Days’ words put an extra pep in the step of the volunteers as they headed out the doors of the church to work on more than 20 sites throughout the city that suffered flood damage. The residents who placed what was left of their trust in The Fuller Center are not feeling neglected this week. But they sure felt that way after the storm on Oct. 29, 2012, and the seven days they spent mostly cut off from the outside world.

“When the storm hit six months ago, we were probably the most neglected city in the state,” Days said. “The governor shut down Atlantic City for seven days. Because we had a prior storm and 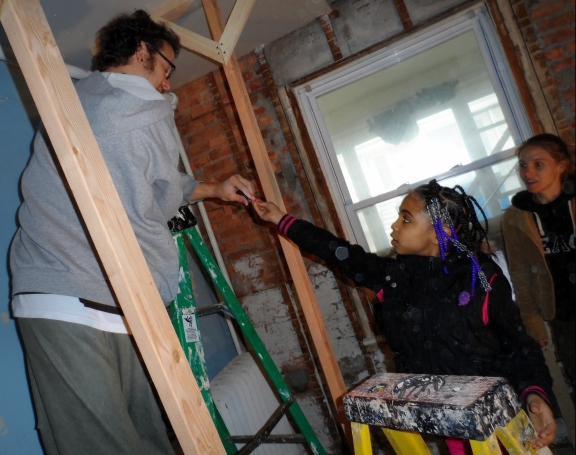 nothing happened, many of the residents didn’t leave. Many of those who stayed were ill-prepared for a seven-day siege, a blockade from allowing people to come in. … From the very start, we felt that the city was going to be neglected and no one would come and assist us.

“One of the first groups that came into the city was The Fuller Center,” he added. “They made a commitment very early that they were going to be here to assist us.”

Ronald Dunn is one of those residents who is glad that he placed his trust in The Fuller Center and the volunteers who came from across the nation to work this week.

“We welcome it with open arms,” he said. “A lot of people tried to go to private contractors, and some of those contractors were bogus and kind of discouraged them. Some people just didn’t have the patience to wait for what the Creator has offered them. But we weren’t like that. We had faith and hope. … We’re blessed to have you come and help us.”

Zi Cordova could not hold back the tears as she expressed her gratitude for The Fuller Center and the volunteers who were working on her home.

“I’m grateful for whatever you can do,” said Cordova, who 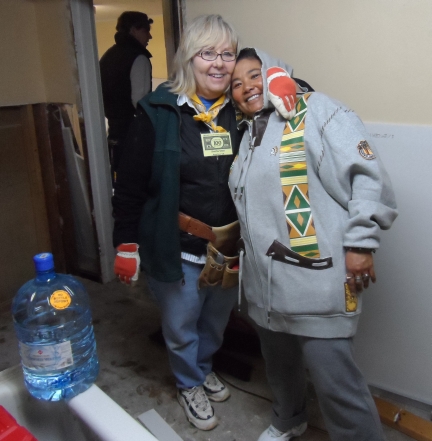 Wiping away tears, she did manage to find more words.

“Who would do that?” she asked rhetorically about volunteers who have come to work on her home and those of her neighbors. “People that don’t even know you come to help you. It also taught me that I need to give to people who don’t have enough. Somebody’s helping me, so I need to pass that on to somebody else. There’s always a point where gratification actually comes for the self when you are giving to somebody. I believe God sees that.”

For Days, who works hard with others to spread the Gospel from the boardwalk to the streets, the action he is witnessing across the city this week adds momentum to his work.

Click here to see photos from Day 1 of the Legacy Build.