The Fuller Center for Housing’s first Global Builders team to work in Nepal has returned after a successful mission to work on two homes — one for a young widow and her two children and another for a couple and their three children. 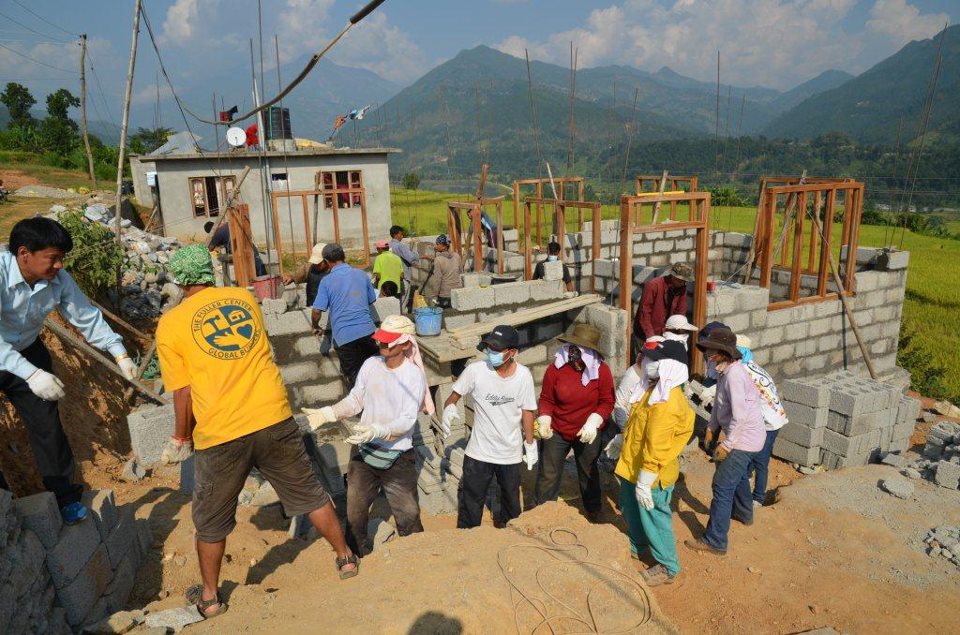 “The team worked very hard and enjoyed very much being in Nepal,” said Samuel Tamang, director of The Fuller Center for Housing of Nepal. “I believe each of them was very excited when they left Nepal.”

Fuller Center Director of International Field Operations Ryan Iafigliola toured operations in Nepal earlier in 2012 and came away believing that the covenant partner was primed to welcome teams to work in the village of Trishuli. He was glad to hear from team members and leaders that the trip was a success.

“We have been super excited about having our first team go to Nepal,” Iafigiola said. “When I visited there in the spring, it became obvious to me that it would be a terrific place for teams. It’s a beautiful, fascinating country, and we’re working in a welcoming and accessible small town.”

He also said it was noteworthy that the first Global Builders team to work in Nepal was a group hailing from Singapore.

Click here for dozens of photos from the trip.

This video was filmed during an exploratory trip to Nepal in the spring of 2012: