When 14-year-old Summer Diaz was a little girl, her Christmas and birthday wish lists always had the same top two entries.

The Simple Homes Fuller Center for Housing in Philadelphia will help fulfill one of those wishes as it has selected the Diaz family as its first homeowner partners. They will move into a three-bedroom home across the street from where they currently live — in a crowded house with Miguel’s sister and four nieces and nephews.

Diaz is an official block captain in the Kensington neighborhood that he and Christian theologian Shane Claiborne’s The Simple Way and Simple Homes Fuller Center call home. His late mother also served in that capacity, and Diaz never wanted to leave Kensington. But the thought had crossed his mind. 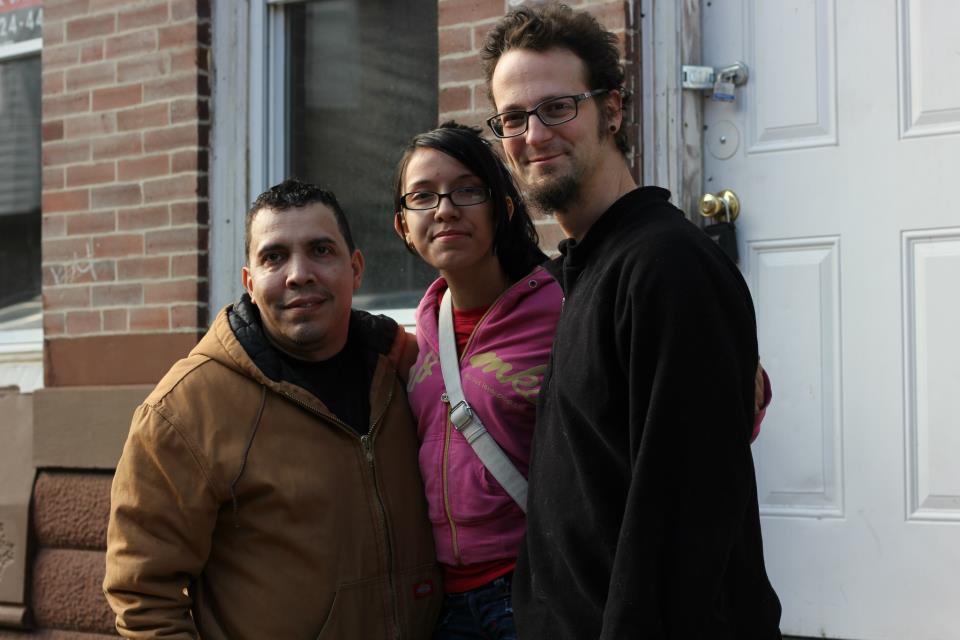 “One day a few months ago, I told Shane I was thinking about moving out of the neighborhood,” he says. “I didn’t want to move out of the neighborhood, and especially my daughter didn’t. But it was hard staying in the house with the kids growing up, and we didn’t have our own room. Shane said, ‘Don’t worry. The Lord will bless you. You just have to be patient.’”

“He was one of the first folks to welcome us on Potter Street 15 years ago and has been a dear friend ever since,” says Claiborne, who is renovating a house for him and his wife, Katie, just around the corner from the once-vacant three-bedroom home that will be refurbished into a new home for Miguel and Summer Diaz through The Fuller Center Save a House/Make a Home initiative.

Miguel has raised Summer on his own as her mother left shortly after she was born.

“Her mom just disappeared,” he says. “She always wanted a mom. And especially around Mother’s Day at school, when she was little she didn’t want to go to school because she was so sad. Now that she’s a teenager, she doesn’t worry with that anymore. She’s tough. She says, ‘My dad’s my mom.’”

For both Summer and Miguel the modest three-bedroom house is their “dream home.”

“My daughter can’t stop thinking about telling all her friends that she’s going to have her own house and her own room,” he says. “I’ve never been able to have a birthday party for her, and now she can’t wait to have a birthday party with her friends in her own home. The people I’ve told around my neighborhood and at the schools I work with are so happy. And The Simple Way staff is so happy. I’m very happy to stay in the neighborhood.”

Fuller Center Director of U.S. Field Operations Kirk Lyman-Barner is thrilled to see Simple Homes not just keep the troubled Kensington neighborhood together but also lift it up and empower residents like the Diaz family who are trying to make it a better place. It reminds him of a Bible story.

“In the first chapter of John’s Gospel, Philip wanted to introduce Jesus of Nazareth to Nathanael,” Lyman-Barner tells. “To which Nathanael in disbelief responded, ‘Can anything good come out of Nazareth?’ Philip gave a simple reply to Nate by saying, ‘Come and see.’ When I mention to folks that we are working in the Kensington neighborhood of Philadelphia, I often get the same sort of Nathanael-like response because Kensington is known for its poverty and crime. 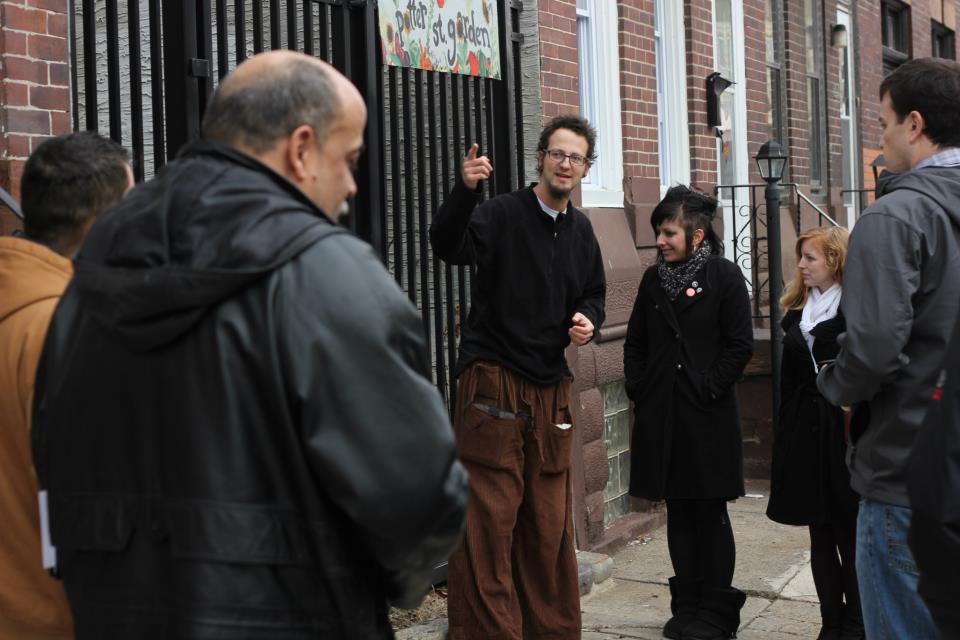 “But Shane Claiborne and his friends at The Simple Way are doing an amazing job at introducing the world to all that is good in Kensington,” he continues. “Through our new self-help housing partnership, they are finding ways to bring back to life a community by reclaiming one abandoned house at a time, so that Miguel Diaz and all his neighbors will be proud to say, ‘Come and see.’”

“Sometimes folks refer to our neighborhood here in Kensington as ‘the Badlands … I’m always quick to remind them that language like that was also used for a town called Nazareth, where folks said ‘nothing good could come,’” Claiborne says. “But we know what showed up in Nazareth. And every day we see God show up in Kensington. Over the past 15 years Kensington has been our laboratory of love. It is on these broken streets that we have made a habit out of practicing and participating in resurrection every day.”

Moving across the street means that he will continue to be a daily influence in the lives of his nieces and nephews — as well as the many people he helps in his neighborhood, including children involved with the Special Olympics, for which he has spent 30 years volunteering. And, it means that he will be able to spend more time with his 21-year-old son, Sean.

“My son will come over more often and stay more at our house,” says Miguel, adding that it was too crowded in his sister’s house for extended visits. “I’m happy my family is together. I’ve got tears in my eyes now. Thank you to everyone for helping us get our dream house.”