The Fuller Center for Housing’s Save a House/Make a Home initiative began as a response to America’s foreclosure crisis as people began to ponder ways to bridge the glut of foreclosed homes owned by banks with the housing needs of families.

Save a House/Make a Home is doing that, but it has evolved in its first year into an initiative that accepts vacant homes donated by more entities than just banks. Investors, companies, individuals and others can donate homes to The Fuller Center so that they can be refurbished and turned into homes once again for families in need.

In Harrison, Ark., The Fuller Center for Housing of North Central Arkansas recently accepted the donation of a house from a less-common source of such property donations — another nonprofit.

Ozark Opportunities is a community action agency that addresses many different needs — medical emergencies, transportation for the elderly, early education, hunger and many more — in a six-county area. When they looked to build new classrooms for their Head Start program in Harrison, they had the lot. Problem is, there was a vacant house sitting on it and in their way. That minor problem became a major opportunity for The Fuller Center there — and for Harrison widow Jo Barnes. 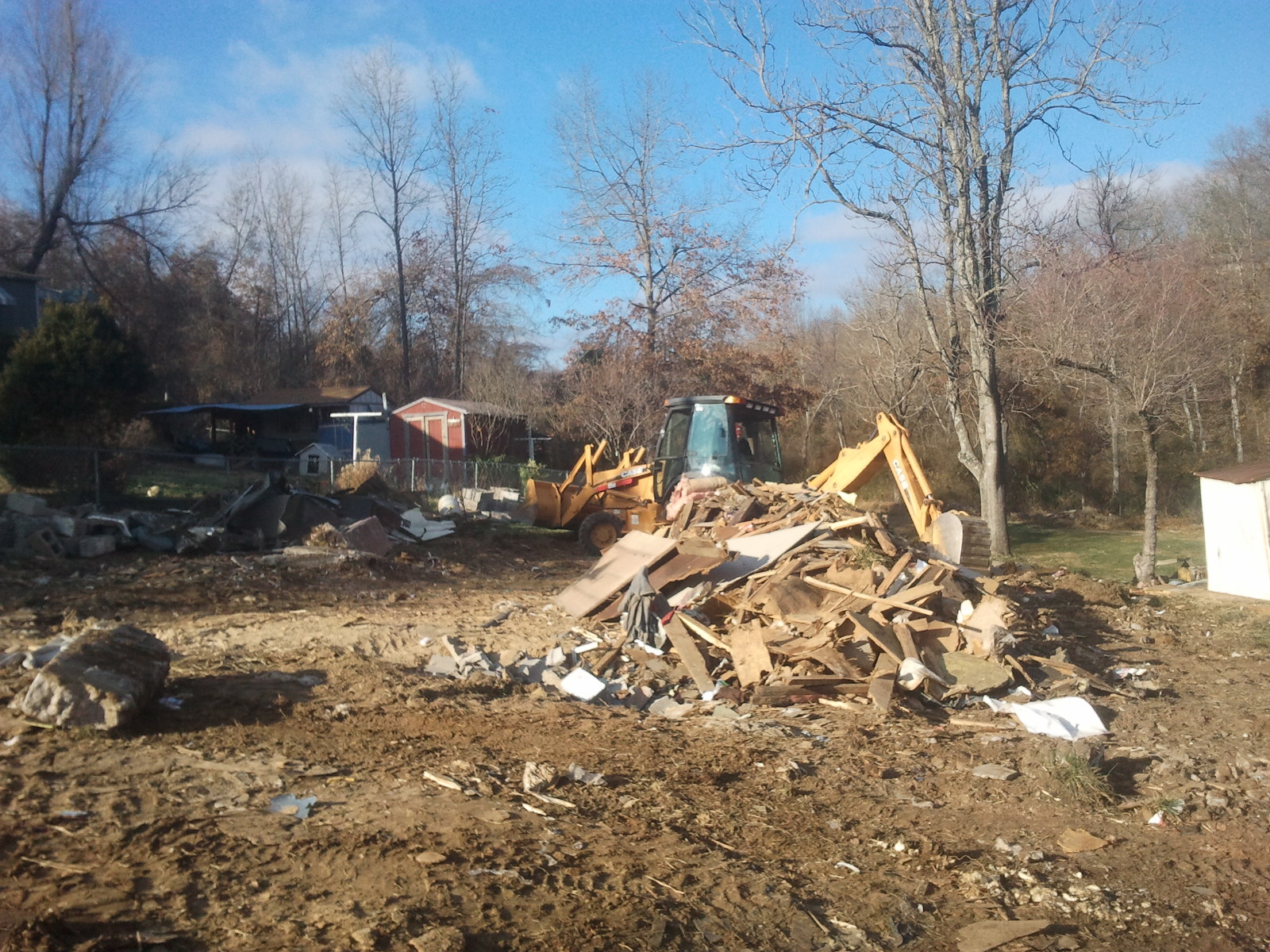 The Fuller Center has accepted the donated house and will have it moved six blocks to a lot on which they are clearing of a burned-out mobile home. It’s a process FCH of North Central Arkansas began on Monday and expected to take weeks. But wonderful providential confluences keep compounding for the group.

“We thought it would take us several weeks to get the old burned-out mobile home removed from the property,” FCH of North Central Arkansas President Patty Methvin said today. “Turns out, we had a dump truck and a back-end loader donated to us. They started yesterday, and it’s already gone today. We will start working on the footings for the house soon.”

Barnes currently lives in a rented property that has has been everything from a tattoo parlor to a bead shop. Its kitchen has no stove, and there are heating problems that make it hard for the elderly Harrison resident to tough out the upcoming winter. She voiced her concerns and desire to find a decent home to her pastor, the Rev. Jay Scribner of Eagle Heights Baptist Church in Harrison.

“I had talked to him, and I think within 24 hours somebody asked him, ‘Do you know anybody that needs a house?’ And so it just sort of all worked out that way,” Barnes recalled.

During that conversation between Fuller Center of North Central Arkansas board member Mike Ragland and Rev. Scribner, they both agreed that Barnes would make an excellent homeowner partner. The next step was to find a lot for the donated house.

Rev. Scribner asked Barnes to take a look around the neighborhood to see if any potential lots looked appealing. She came back and told the pastor that a lot on the street behind the church, a lot whose only flaw was a burned-out mobile home sitting on it, would be perfect.

“That the lot we had purchased without even knowing she had been looking around,” Methvin said. “God is so good. His fingerprints are all over this project.”

Barnes has buried not only her husband but also two sons. She has one daughter along with grandchildren, great-grandchildren and great-great-grandchildren. She looks forward to the day when she can welcome her family into her very own two-bedroom home.

“The lease I have here limits the number of people who can visit and the number of days they can visit,” she said. “You just feel better about having your own house.”

The Rev. Scribner said that Barnes will be an outstanding homeowner partner for The Fuller Center.

“She is so happy," he said. "Oh my! It’s just all over her face. She’s just so thankful that God’s provided this and is providing this. She will be a proud recipient, a great recipient and a grateful recipient. Plus, she’ll take good care of this house.”

Methvin said the Fuller Center for Housing of North Central Arkansas is actively seeking financial support so that the house can be moved and repaired as soon as possible. If you would like to contribute to the project, click the link below or contact Patty Methvin at pmethvin@harrison-chamber.com.