After graduating from Oregon State University, California native Richard Aguirre did not go looking for the highest-paying gig right out of the chute. Before he got caught up in the rat race, he wanted to put his graphic design skills to use in a different setting, one where he could help others.

Ironically, benefiting others through graphic design is among the hardest methods of serving others for people to see. But if you’ve visited the Fuller Center website, Facebook pages, seen a brochure, been to a Fuller Center event or worn a Fuller Center T-shirt, you’ve probably seen more of Richard’s work than you know.

Alas, after three years of volunteering his services to The Fuller Center for Housing, Richard is moving on to other opportunities, although The Fuller Center likely will be in contact with Richard when a design project needs his creative touch.

Richard’s final day of volunteer service with The Fuller Center was Aug. 31, and the world’s best-dressed graphic designer (in our opinion) took a moment to sit down for a question-and-answer session about his time with our affordable housing movement.

How did you wind up at The Fuller Center for Housing?

I joined a program called Mennonite Voluntary Service, which places recent graduates with nonprofits around the country. I asked them where they could send me to do graphic design, which was my field of study in college, and they placed me with The Fuller Center.

What was your first project with The Fuller Center?

I think the first thing I did was making name tags for the Legacy Build in 2009. And immediately after that, we went on site of the Legacy Build in Lanett, Ala. So, the very first project I was doing was on an old PC in a corner of the conference room using like Illustrator version 6 or something that was years out of date and without access to a printer of any kind. It was kind of difficult.

What are some of the things you’re most proud of from your time here that you’ve been involved with?

The one that comes to mind first is the jersey for the Bicycle Adventure. There had been one jersey prior to that. … I basically designed it from the ground up. That was one of the most difficult project I’d worked on up to that point because every size of the jersey was printed off on the same printout and then cut afterward, so I had to design something that would look good when chopped to different sizes and different shapes, all with one image and visualize what it would look like when stitched together, viewed in three dimensions around a person, so that was a real brain-burner. The brochure for the Global Builders program came out really nicely, too.

Do you take gratification, then, when you see the success and growth of the Bicycle Adventure and the Global Builders program, both of which are operating at record levels?

I don’t tend to see a lot of the financial side of things and the numbers, but it’s a lot of fun seeing photos of volunteers wearing T-shirts that I designed at a work site in Armenia or seeing the Bicycle Adventure trailer going down the road in a wrap that I designed and that sort of thing.

Why are visuals, especially well-made ones, important to an organization?

As human beings, we perceive visual information more quickly and in a way that circumvents the conscious brain more so than does text. We take in audio cues and images in a very immediate way. When you design visuals, you can set their colors, their shapes in an organization that will immediately convey information before the viewer reads what’s there or even notices what it is they’re looking at. So, for example, government propaganda posters have used this sort of immediacy of information transfer to subvert people’s best interests sometimes, and advertisers do the same thing, trying to get you to want a product before you necessarily read the ad and see what the product is. So, it’s a very powerful tool, but aside from that more nefarious side of trying to circumvent people’s judgment, any information that you present takes some color from the presentation of that material. So, if you try to pare that down and put everything in Times New Roman, black and white, like a high school essay, that in itself is a style that conveys some information about what it contains. So the presentation will always send a message about what is being presented. If you want to be successful in capturing public interest or even conveying information in a clear and easy-to-understand way, you have to put some thought into the way you’re presenting that. 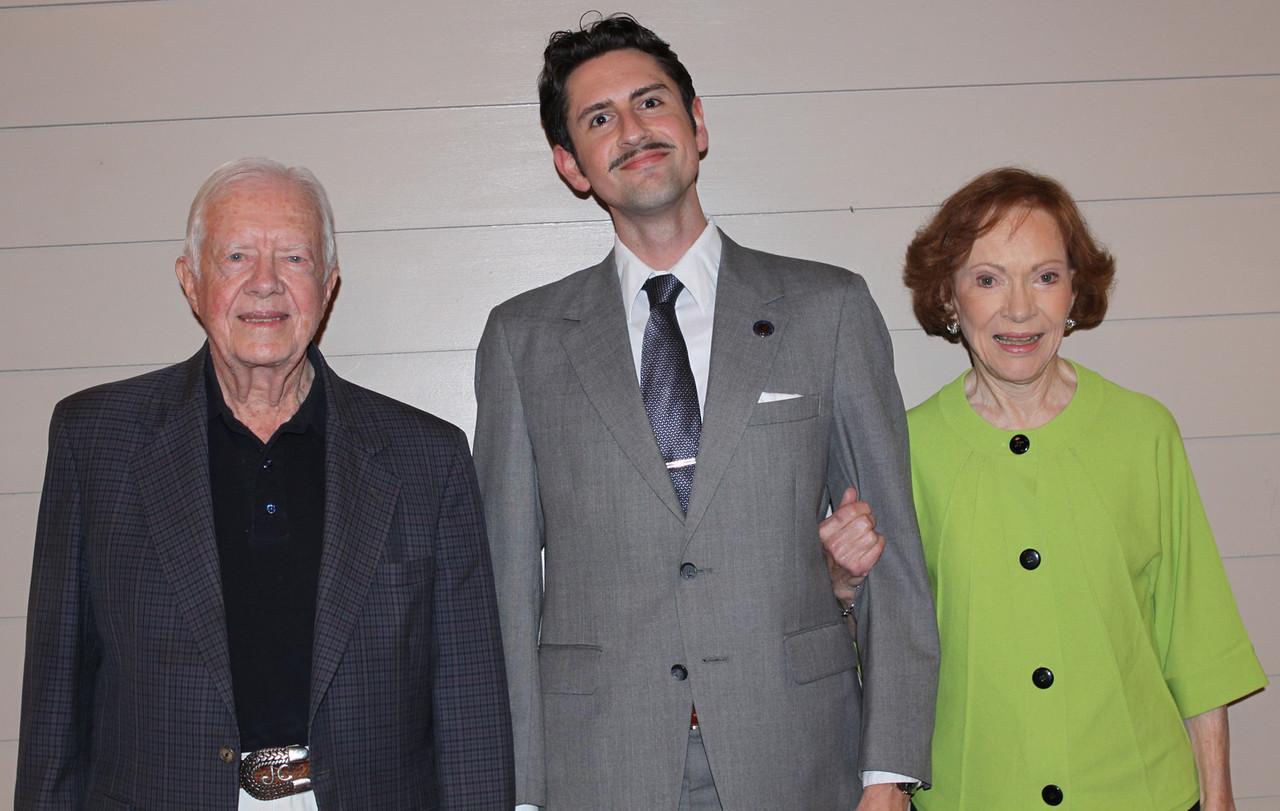 As someone from north of the Mason-Dixon Line, what are your impressions of this distinctly southern town, Americus, Ga.?

It took a while to grow on me. I really didn’t enjoy my first year as much as I have the years since then when I’ve gotten to know more people, gotten to know the character of the town a little bit. … This town is unique in a lot of ways because you have The Fuller Center and Habitat for Humanity attracting volunteers. You get a lot of people from around the U.S., a lot of young people because they want to do some good things in the world, so that’s a good thing about this place.

What do you intend to pursue in the future?

In the short term, I’d like to continue doing graphic design, mostly because that was my area of study and that’s what I have experience in. I think that’s what I’d have the best shot continuing with. Long term, I have a novel that I’ve been writing. … It’s the first in a series of novels that would be numerous different genres – gothic/horror, fantasy, sci-fi. This one is patterned after 19th century adventure novels like “20,000 Leagues Under the Sea” and Arthur Conan Doyle’s stuff. It’s in that style. But the idea is each successive book would be written in a different style. … I’ve also designed a strategy game, and I’ve used design quite a bit in the construction of that, set in the same setting. I’ve actually created four or five strategy games that I’ve been testing with friends, re-tinkering with them again, testing them again. One of them, with a couple more tests, I’ll be ready to pitch it to a board game company.

You’re the snazziest dresser in the Fuller Center ranks. What’s up with that?

I’m a very visual person. The way things look registers very clearly to me and matters to me. You look more attractive when you’re well-dressed. If the clothes fit well, you look more muscular than you are, more muscular than if you’re wearing baggy clothes. I tend to feel better when I’m well-dressed, feel a little more confident, a little more on-task.