The success of The Fuller Center for Housing’s mission is dependent upon partnerships — with homeowner families, with churches, with like-minded service groups, with corporate groups, individuals and many more. Each of these partnerships is important.

In the wake of a disaster such as recent hurricanes Isaac and Sandy, these partnerships tend to overlap and yield extra results. Such is the case with the North American Retail Hardware Association and its partnership with The Fuller Center.

After Sandy struck the New Jersey shore last month, the NHRA (which has supported independent retailers across the U.S. and Canada for more than 100 years) wasted no time in letting its concerned members know that anyone wanting to contribute to recovery and rebuilding efforts would find a worthy outlet in The Fuller Center. 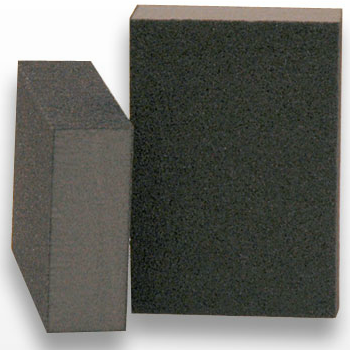 The first donation to come in was a set of tools from Kapro that included various types of levels, T-squares, chalk bottles and more. The latest is four tractor-trailer loads of sanding sponges and multi-use sponges from REMPAC Foam Corporation.

“We do have a strong belief in helping out,” said Barry Zeveloff, Vice President of Sales at REMPAC. “To the degree that we can share goods for the betterment of those who have the needs, we try to do that.”

“This donation is a huge win for everyone involved and a testament to the importance of networking and communications,” Fuller Center Director of U.S. Operations Kirk Lyman-Barner said. “When the REMPAC team made the decision to give away the inventory, they researched who was doing Sandy recovery. The top story on their Google search was the article from our friends at the North American Retail Hardware Association that was asking its members and their suppliers to help out.”

Two of the trailer loads are bound for New Jersey, where they will be stored in a relief warehouse managed by state officials. Another will go to Louisiana, where the Ginger Ford Northshore Fuller Center has secured storage space to help with Isaac relief efforts. And yet another will go to The Bronx in New York City, where it will be housed by World Vision.

“Sponges are a great metaphor for how we grow our relationships with corporations, volunteers and partner organizations,” Lyman-Barner said. “When a flood hits, compassion spills out of the most unexpected places. The Fuller Center soaks up all of this love and tries to match up resources with people in need. We are very grateful for REMPAC for this opportunity to help our many collaborative partners clean up this mess.”

If your company or group would like to contribute in-kind gifts to The Fuller Center for disaster recovery or other efforts, contact Lyman-Barner at kirk@fullercenter.org or 229-924-2900.

Click here to learn about or support the 2013 Millard Fuller Legacy Build that will help Atlantic City, N.J., residents recover from Hurricane Sandy.