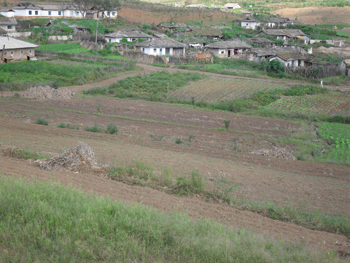 Fuller Center President David Snell spent last week in North Korea (DPRK) confirming final plans for the launch of a 50-home building initiative there, set to begin in the next few months.

Learn more about the project on the Fuller Center’s DPRK page.

The initiative, first announced last year, will provide housing to farmers at Osun-Ri, a village of 200 Koreans outside of Pyongyang. The villagers grow trees in the surrounding area as their trade.

Snell wrote about his trip, where he details more about the project, (including some rare VIDEO footage from the DPRK) in three blog posts. Check them out:

The Fuller Center anticipates sending work teams from the States to build alongside North Koreans. Interested in taking part? Apply to be on a team here.

And you can read the story announcing the groundbreaking ceremony here.