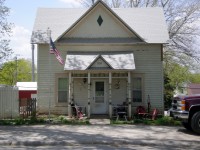 Because of a concern as to whether more could be and should be done to meet the housing needs of people in Council Bluffs and Southwest Iowa, we began in late summer of 2007 to contact people, both in groups and on an individual basis, to see if it would be feasible to start a new non-profit organization in our area. All contacts expressed a need for the type of services we would be providing. The only concern raised was to avoid the appearance of being in competition with Habitat for Humanity as several members of our organization had previously been involved with Habitat. We recruited a board of directors in the fall of 2007 and signed our covenant partnership agreement on November 12, 2007. Our current board consists of eight people, seven of whom had experience in some capacity with Habitat for Humanity. 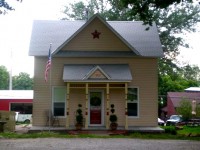 The mission of The Fuller Center for Housing of Pottawattamie County is to build and sell homes to low-income families at cost, build and own low-income rental properties, repair and renovate owner-occupied homes, do major rehabilitation projects for homes not currently occupied and then sell these homes to qualified families. The Greater Blessings program will be used by our organization. We will partner with cities and other non-profit organizations whenever possible. We will try to be aware of all services provided by other organizations in the county and make referrals when necessary. We also hope to provide services for other organizations under contract whenever possible. This could include doing the work and/or taking applications. We will also do as much as time and resources allow to help other covenant partner organizations that are being formed in our state. We will try to respect and be conscious of the needs and goals of the local communities where we work in the county. We will try to allow as much autonomy as possible when working with partner organizations.

We have completed our first repair/renovation project in Avoca, Iowa. This project was led by board member Tamera Ploen and it was a great success. We also have received a donated lot in Carson, Iowa. A second Avoca project is set for August or September of this year and we are working with the cities of Council Bluffs and Carter Lake to begin repair/renovation/rehab projects in those communities.