The Fuller Center for Housing’s Save a House/Make a Home initiative has attracted interest from an unexpected source — the theater scene.

Interest from banks was expected as it helps them shed vacant properties they consider toxic assets and benefit families, communities and the housing market itself as they give the vacant properties to The Fuller Center, which then repairs them and turns them into homes once again for families. And it resonates with everyone who is looking for a common-sense approach to sheltering families during the housing crisis.

Gipsee Blake, though, is not a banker. She’s an analyst for the FAA by day. And by night she’s a poet, an actor and a playwright. When she met Fuller Center of Greater Atlanta President Mark Galey at an event in the city, she saw the meeting as providential.

She recently penned the play “Broken,” about a family dealing with the death of its matriarch.

“I told him about the play and that I was looking for a nonprofit to partner with,” Blake said. “We wanted a nonprofit that was about rebuilding things. When he told me about rehabbing houses versus building new ones, I was like, ‘That’s it!’ Our play centers around people who are spiritually broken. You guys fix houses that are broken.”

Because of that providential meeting, The Fuller Center for Housing will receive 5 percent of the funds raised by T-shirt sales and ticket sales for the June 2 production of “Broken” at the Georgia Tech Student Center Theater, 350 Ferst Drive NW, in Atlanta. Also, receiving 5 percent of the profits will be Sophie’s Voice Foundation, a charity that deals with spina bifida.

Though Gipsee Blake comes across as human sunshine when you speak with her, the play “Broken” was born of a very painful experience in her life. Last year, on the day after Mother’s Day, her mother was diagnosed with pancreatic cancer. She died in October.

“This time last year, we didn’t even know she was sick,” Blake said. “We really hadn’t been to the house to clean it out or anything, and in February, we cleaned the house out, and it was really traumatic for me because it was like finally admitting that she was really, really gone. I basically had a nervous breakdown. I prayed about it, and I asked God to give me some sort of peace.” 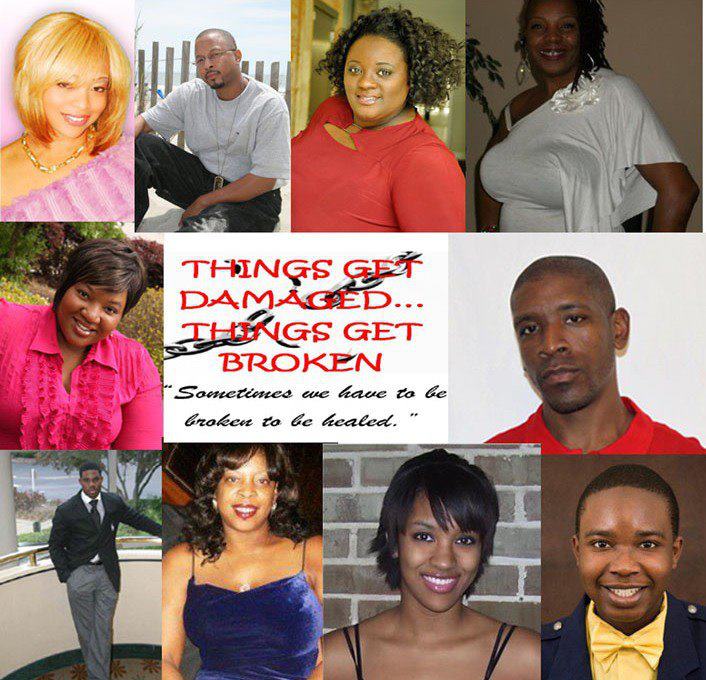 Did her prayer work?

Blake says she had the cast before she had the play. She notes God had a hand in the casting and writing because each cast member has marveled at how their characters’ experiences are in line with things they’ve experienced in their own lives.

“I didn’t audition them; I wrote for them,” she says. “I reached out to other people I’d had projects with because I’m an actor also. Some of them I’d done movies with and things like that, and some of them I hadn’t talked to in years. I said, ‘Hey, I’m going to write a play. You wanna be in it?’ And they were like, ‘You’re going to write it? Sure! We’ll be in it!’ And I hadn’t written anything. But He gave it to me in 12 hours, and I already had a full cast.”

Blake is firmly entrenched in the Atlanta cultural scene — on stage, on the screen and in written word. A poet, she was able to infuse the film “Unspoken Words” featuring Robin Givens and Greg Allen Williams with some of her original poetry while also appearing as an extra. She studied under director Dwayne Boyd, who cast her as an extra in this year’s movie “The Ivy League.”

Another valuable connection is Chantell Christopher, a protege of Atlanta film mogul Tyler Perry who appeared in six of his films, including “Madea Goes to Jail,” “Madea’s Class Reunion” and “Daddy’s Little Girls.” Perry himself can relate to the problem The Fuller Center looks to combat as he spent years homeless while trying to get his career started. Christopher teaches classes at the Life Theatre in Atlanta where Blake works in exchange for use of some of the theater’s equipment.

She also got a lift from Aaron’s, which donated the furniture that will be used on the set. She did so without knowing that Aaron’s has been a frequent partner in Fuller Center projects, including sponsoring the recent Fuller Center Bicycle Adventure spring ride down the Natchez Trace Parkway. She was surprised when informed of the connection.

“Wow! God is just so amazing!” she said. “I didn’t know why He was telling me to call Aaron’s. All these places He’s told me to call, they haven’t said no.”

Click here to order tickets for the June 2 play.

View the trailer for “Broken” below: