When you think of people deeply concerned about veterans housing, people like Lee Jeter natually come to mind because Jeter is the executive director of The Fuller Center for Housing of Northwest Louisiana in Shreveport and also a veteran of the U.S. Marine Corps. 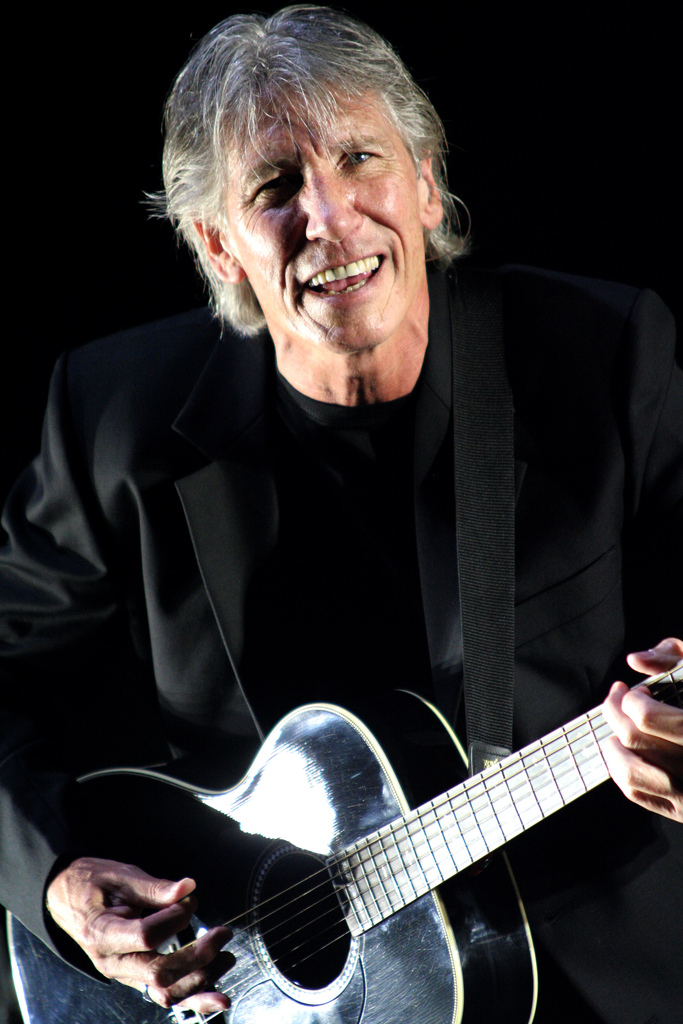 But would you expect the same passion for veterans housing from one of the founding members of Rock and Roll Hall of Fame band Pink Floyd — a man whose intensely theatrical “The Wall” concert culminates with the crumbling of a 50-foot-high wall that is both metaphorical and literal?

Indeed, there are some walls Roger Waters wants to see go up, not down. And Waters’ deep concern for housing and veterans issues has resulted in a $300,000 donation to build four Fuller Center homes for veterans in Shreveport.

Fuller Center Director of International Field Operations Ryan Iafigliola helped foster that relationship, not knowing that it could someday lead to a project in Louisiana. But he has learned over the years that developing partnerships with like-minded groups and people almost always has positive ripple effects.

“This relationship all started through a partnership in Haiti — a place that feels far away to many Americans — but now here we are having that relationship bless American veterans,” Iafigliola said. “This kind of thing happens all the time at The Fuller Center, although typically without making the headlines.” 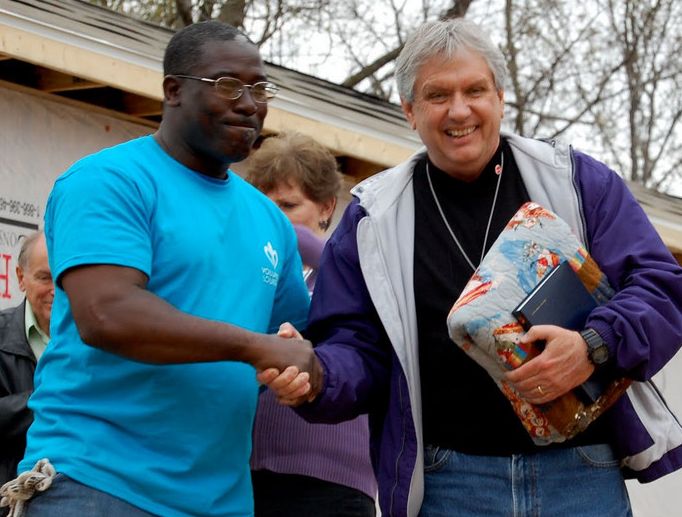 “These things all happen because of connections,” said Jeter, who led Waters’ brother-in-law and business associate Jim Durning and One Small House’s Gail Saetta on a tour of The Fuller Center’s work on Wednesday before the donation from The Roger Waters Foundation was made official. “Ryan knows people from One Small House, and they mentioned to him something about doing veterans house projects in the United States. He mentioned our plans to do some projects for veterans, and it just has evolved from that. It’s all about partnerships. If it wasn’t for Fuller Center International and Ryan doing what he does, then we’re not in a position to get these good graces of the Lord.”

“This is an awesome example of how we’re all in this together — our home office, international partners, U.S. partners, volunteers, everybody,” Iafigliola added. “It’s a reminder that we should always be excited for each other’s success — because what benefits one covenant partner today will benefit others down the road.”

The build is officially co-sponsored by Durning on behalf of Roger Waters and by Saetta on behalf of One Small House in partnership with Volunteers of America’s Veterans Transitional Housing Program and Hope for the Homeless, which provided the four lots upon which the homes will be built.

Jeter said the four houses will be built simultaneously, though not as a single blitz build. He expects construction to be complete and a major dedication in June, which he hopes Waters will be able to attend.

In the meantime, Jeter is looking for donations to cover infrastructure work surrounding the build and needs lots of volunteers to help build the homes. (Click here to contact The Fuller Center for Housing of Northwest Louisiana and offer your support.) Jeter also said he is looking at this four-home build as a springboard to build at least five more veterans homes in Shreveport and is working with the city to secure lots for the continuing effort.

Click here to donate to The Fuller Center for Housing
of Northwest Louisiana.