Leland Burkholder of Millerstown, Pa., believes in the value of a good education. But he also believes there are lessons you can learn outside the classroom that are just as valuable. 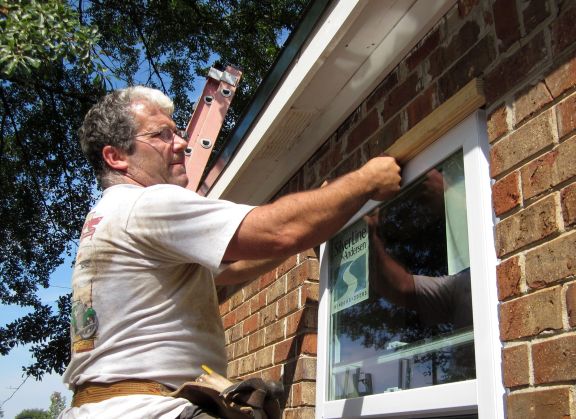 That’s why Leland brought his children to the very first Millard Fuller Legacy Build in Lanett, Ala, in 2009 and why he is back at the Legacy Build this year in McDonough, Ga., with his three teenage daughters: Jessica, 13; Lena, 15; and Lynell, 18.

Leland laments what he sees as a loss of social skills with the younger generation that has grown up texting and tweeting. He also wants to make sure that his girls grow into women who contribute to the betterment of the world around them. At the Legacy Build, both of those concerns are addressed.

“We enjoy the social aspect and getting to know people,” he said. “And there’s such a blessing in helping other people. We get to know the people that we’re helping. It just makes you feel good. And it helps teach my kids how to give and makes them appreciate what they do have.”

“It started as a volunteer thing with our church (Niemonds Independent Church, Richfield, Pa.), and then my dad 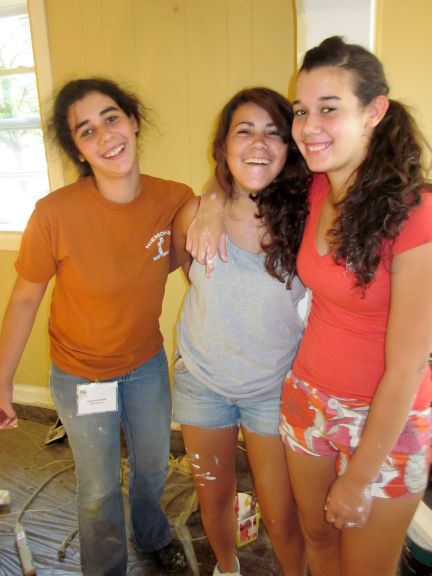 thought it would be interesting to do this, so he signed us up,” Lena said. “We ended up loving it, so we started doing it more.”

While Lynell has graduated, Lena and Jessica are still going to school in Millerstown, Pa. But Leland said the school was cooperative in letting his daughters attend the Legacy Build. Teachers provided their lessons for the week in advance.

In the past, the girls have been busy raising walls on new houses, but this week they are helping to repair the home of Josephine Gaston, who said she is blessed to have such people such as the Burkholders and other volunteers give her home a face-lift and new life.

“This is actually our first restoration,” Jessica said as paint dripped from her roller. “But it’s pretty cool. I like it.”

As for grading his girls’ skills on the job site, Leland said with a laugh, “Um, improving.” However, he said his daughters have impressed people back home with knowledge they have gained from such work.

“I think we’re jealous of each other’s skills,” Lynell said with a smile as she washed paint from her hands outside Ms. Gaston’s home. “Some of us possess better skills than others.”

SEE DOZENS MORE PHOTOS LIKE THIS ONE BY ClICKING HERE 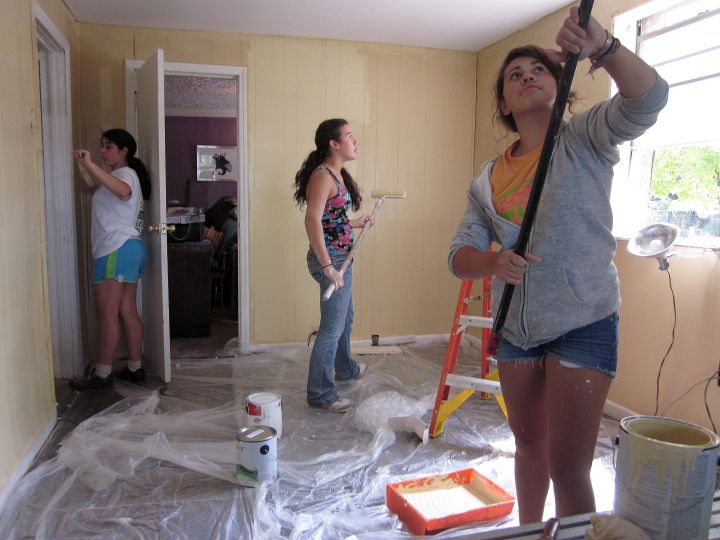