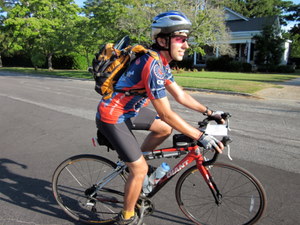 Today we rode a short 62 miles through southern Georgia, and across the border to the illustrious sunshine state. For me, Tallahassee marks the end of my time with the Fuller Center Bike Adventure. Despite how short lived my ride with the group was (two days, 135 miles from Americus, Ga.), I am extremely grateful for having the opportunity to meet such amazing people. I felt very welcomed throughout the trip, and honored to be part of such a generous and love-filled community.

Highlights from the day include, but are not limited to…

This evening, we had the opportunity to make two presentations to members of the First Baptist Church here in Tallahassee, Fla. Ryan did a fantastic job speaking about The Fuller Center, our mission, and the multitude of ways that this community can become involved with FCH and ending poverty housing. One of the most inspirational moments of the night was when we spoke with the church’s youth group. Ryan told several powerful stories that I felt really had an effect on the 20 or so young people that had come to meet us. 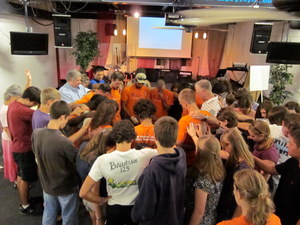 He told a story of a Fuller Center build in Peru and the children who had almost nothing to give, but still possessed such a strong desire to give what little they had. He then shared an anecdote about a woman right here in Tallahassee that had a need for decent housing. A storm struck down a tree near her house, which fell on her roof, crashing into her bedroom. She was over 80 years old, and didn’t have the physical or financial ability to fix her roof. When it rained, she would sleep in her bathtub until The Fuller Center recognized her need and offered a hand up. This story seemed to strike home the point with the youth that there is a real need for safe and decent housing all over the world, even in this country, even in their own community.

I realized today that the Fuller Center Bike Adventure is far more than a cycling tour that occasionally builds with various Fuller Centers. I finally saw that we do much more than ride and build; we truly plant a seed in the communities we visit and inspire people to put faith into action. My two days here have been incredibly insightful and I just want to thank Ryan Iafigliola for putting together such a fantastic trip that has truly made an impact on everyone who’s involved. And to thank First Baptist here in Tallahassee and other supporters like them who help make it all possible! To a safe and successful end to FCBA…OYEE!

Click to support Larry’s ride and help the cyclists meet their $250,000 goal. Time’s running out!

Time’s also running out to send mail. One final stop:

And thanks to those of you who blessed us in Americus. We’re still enjoying homemade cookies and dark chocolate M&Ms. 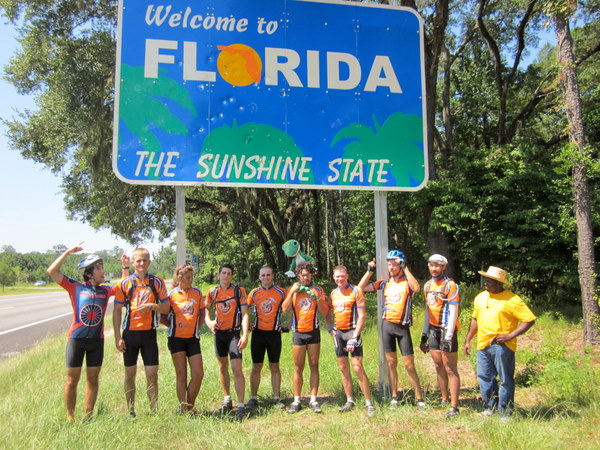