It’s been more than a year and a half since the devastating earthquake that struck Haiti, but unlike a lot of disasters that fall off people’s radars or are washed away by the next disaster (and there’s always a next disaster), Haiti remains on many people’s minds.

I think a lot of that has to do with pure proximity to the United States. As I’ve weighed where to take my first Fuller Center global trip, Haiti seems practically right down the street compared to places like Nepal, Sri Lanka and India. Plus, Haiti is the poorest country in the Western Hemisphere and has a long history of sympathy from others, if not effective hands up to a brighter future.

I also think the persistent efforts in Haiti (including those through The Fuller Center for Housing, which you can read about on our website tomorrow in a special, in-depth report by FCH communications specialist Leah Gernetzke) are an example of how people may be seizing opportunity from tragedy after the earthquake. As devastating as it was, it is a chance to plant fresh seeds of hope in Haiti, a country in desperate need of it.

I think many organizations, including us, see now as an opportunity to change the way Haitians strive for a better future. Not only are we working to help good families achieve decent housing, but we are supporting efforts to foster an atmosphere of self-reliance in the country. 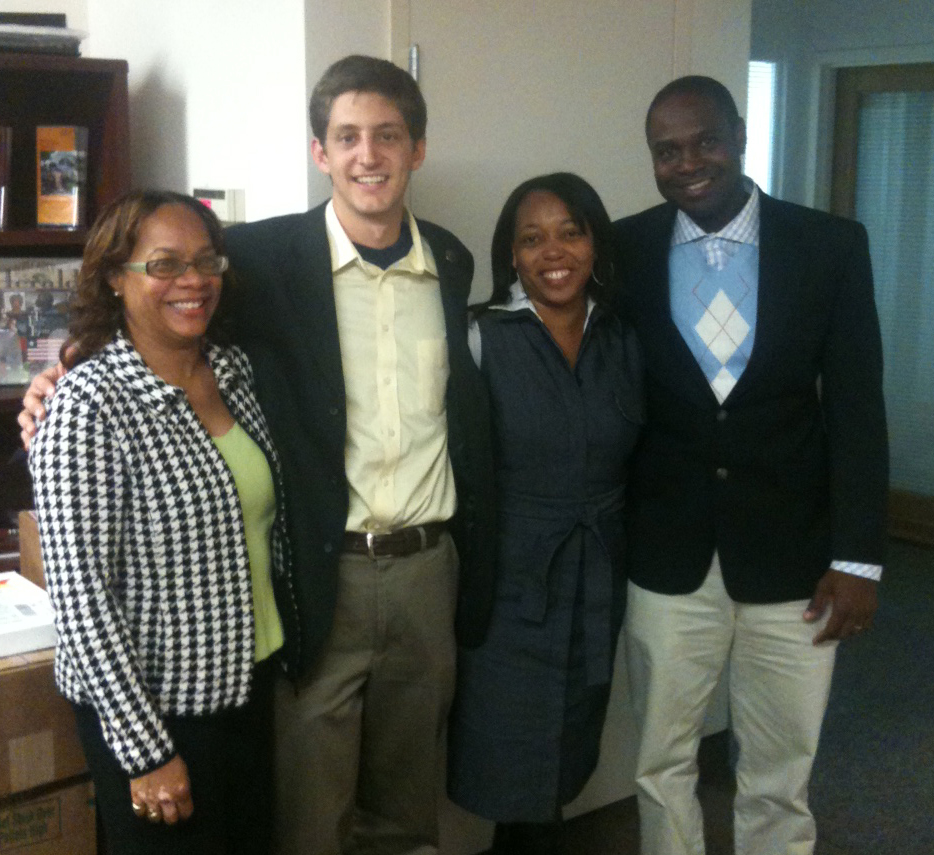 Our director of international field operations, Ryan Iafigliola, recently had the opportunity to visit a group with whom we are enjoying a blossoming new Fuller Center partnership, the Lott Carey Foreign Mission Convention. Lott Carey is deeply involved in Haiti and with The Fuller Center’s efforts there with our Grace Fuller Center covenant partner there, a partnership we enjoy with Grace International. Ryan is the kind of guy whose optimism is contagious, and when he meets with others who share his sense of optimism as he did last week in D.C., well, it’s hard to hold him back!

Lott Carey has joined together with other historically African-American church denominations to form the African American Baptist Mission Collaboration, which represents 10 millions Christians in the United States and is partnering with us  to build permanent, safe, sustainable housing in Haiti.

Like Lott Carey, we are committed to making a difference in Haiti, and that can’t be done with the same ol’, same ol’. Many Haitians have been shown that handouts are plentiful, but no one truly desires charity. Like anyone else in crisis, they just want a hand up. That’s exactly what we, Lott Carey, Grace International and others are determined to offer in Haiti … a hand up, once and for all.

Visit our home page tomorrow for the release of Leah Gernetzke’s special report on Haiti.