Ohio native Melissa Merrill has been named the new leader of the Fuller Center Bicycle Adventure — following in the footsteps of fellow Ohioans Ryan Iafigliola, who founded the Adventure, and Allen Slabaugh, who has led the last two.

Registration began Oct. 1 for the 2013 Adventure, which will feature a spring ride down the Natchez Trace March 15-23 and a cross-country summer ride from Savannah, Ga., to Vancouver, B.C., June 7-Aug. 11. The summer ride’s 3,700-mile route will be the Adventure’s lengthiest to date, although the ride is broken down into nine segments so that riders have the option to choose one or more segments if they can’t make the entire ride. 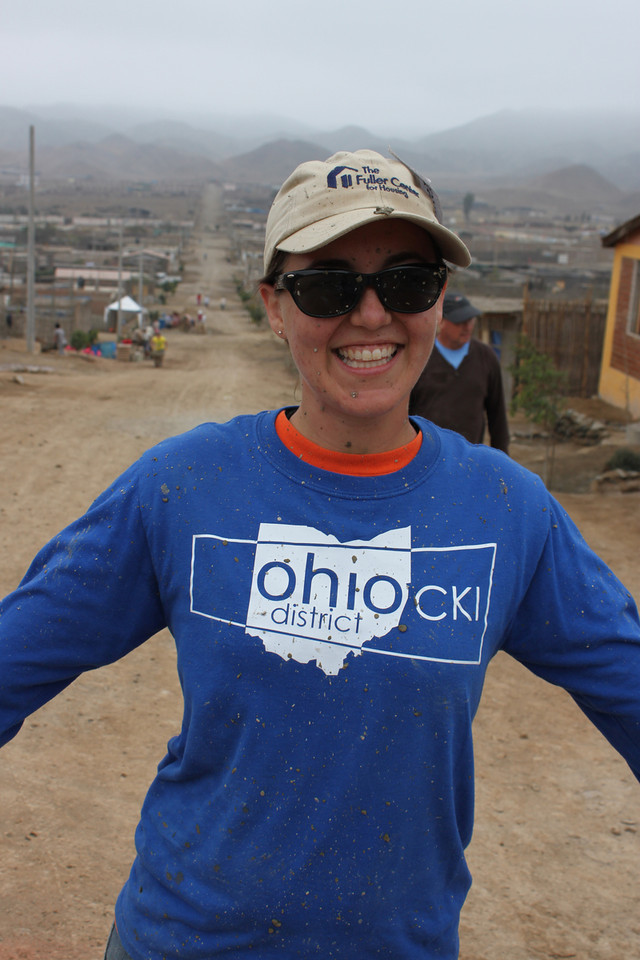 Merrill is hardly a stranger to the Bicycle Adventure or The Fuller Center, having been a cyclist on three Adventures and having worked abroad with The Fuller Center’s Global Builders program, having made two work trips to Haiti and most recently volunteering at the Millard Fuller Legacy Build in Peru. She currently works as a mechanical engineer at Goodyear’s technical headquarters in Akron, Ohio.

“It’s been a great job full of interesting opportunities and wonderful people, and I feel very fortunate to have a job that I can be proud of, especially given our world’s struggling economy,” Merrill said. “However, I think everyone who knows me knows that my heart is drawn to the people who haven’t had all the wonderful opportunities that I’ve had, mind is often focused on planning one of my after-work volunteer projects, and I rarely turn down a new adventure!”

“She’s making a great sacrifice to come down here and do this, so you know her heart is behind it,” Iafigliola said of her leaving a good job for a full-time volunteer position. “She has a great passion for The Fuller Center. She’s not an avid cyclist, but she really loves what The Fuller Center is doing. She enjoys the riding and the event and enjoys being out there, but she’s doing this because it’s something that’s very meaningful for her.”

Slabaugh got to know the 25-year-old Merrill during their Bicycle Adventures together and believes the program he leaves behind after two years of volunteer efforts is in great hands as he explores new opportunities.

“I’m looking forward to seeing this ride continue to grow, and I’m excited to have Melissa taking over my role as I know she will do a fantastic job,” he said.

Merrill hopes to bring some of the skills she has sharpened on the job at Goodyear to the Bicycle Adventure. 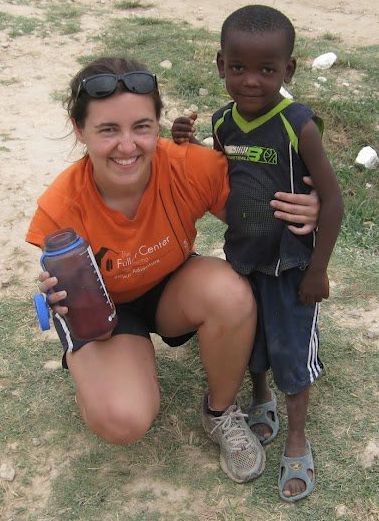 “In addition to the honor that it will be to be a part of The Fuller Center’s amazing work, I thought I might also be able to make a positive impact with some of the project planning and leadership skills I’ve been honing in the tire industry for the past couple of years,” she said. “Lucky for me, Ryan agreed, and I can’t wait to get down to Americus and get started!”

Iafigliola said that while he will miss Slabaugh and appreciates the great work he did in taking over the Bicycle Adventure, he is glad to have the first woman leader in the Adventure’s six years.

“I think it makes a difference to have her leading it because there’s this stereotype that there’s this incredible cross-country feat so maybe it should be more for men, but we’ve had a lot of women riders on the Adventure,” Iafigliola said. “I don’t know the exact number, but we’ve been pretty evenly split, possibly with even more women than men over the years. It will continue to open people’s minds.”

So, the Adventure will have been led by two genders, but just one state: Ohio. And, beyond geography, Merrill has another connection to Iafigliola that he discovered only recently.

“When she was young, she had my aunt as a teacher in elementary school, so I told her on the phone, ‘Melissa, we’ve been training you your whole life for this position,’” Iafigliola said with a laugh.

“I’ve got some big shoes to fill, but I’m extremely grateful to have this new opportunity to serve, and I’m certainly up for the challenge,” Merrill said. “With a little support from both Allen and Ryan, I’m confident that this will be another incredible and life-changing adventure. I can’t wait to raise more money and reach more people with The Fuller Center’s message while we see this beautiful country — and even a little bit of Canada — from our unique, two-wheeled perspective!”

REGISTER FOR OR LEARN MORE ABOUT THE 2013 BICYCLE ADVENTURE!

Meet Melissa in this video from the 2010 Adventure: