Veterans Day always provides a special opportunity to remember, honor and give back to those who have made sacrifices 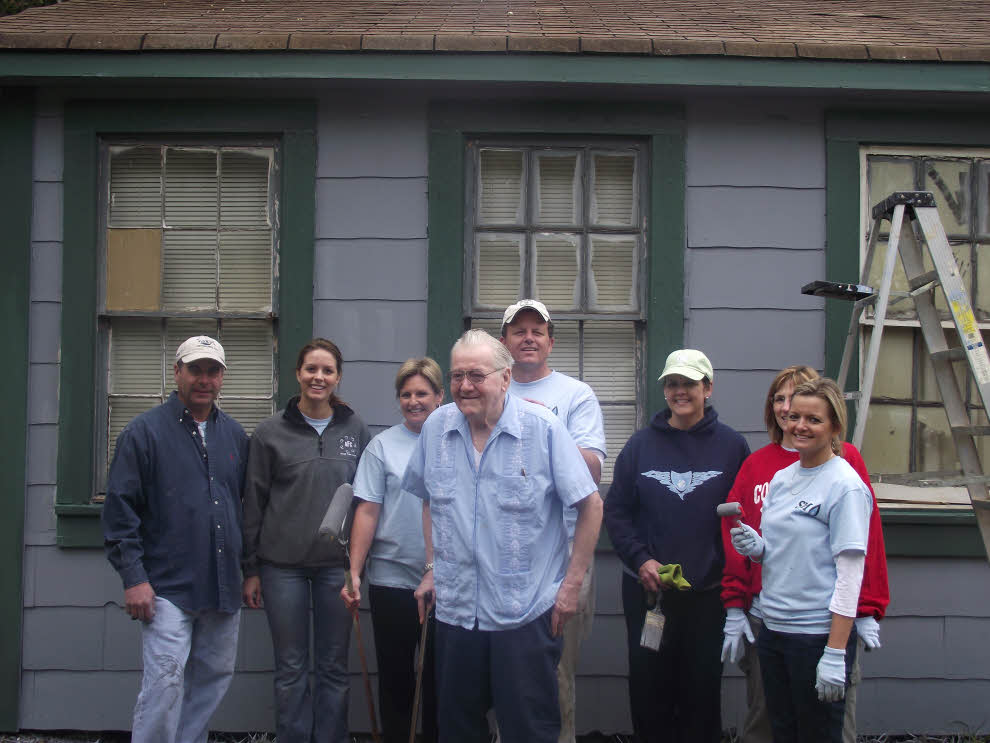 to fight for our nation – but for those at the Northwest Louisiana (NWLA) Fuller Center in Shreveport, Veterans Day is every day.

“Veterans who have served our country have sacrificed so much in service to their country, and oftentimes those veterans do not get the respect that they need and deserve,” Director of NWLA Fuller Center Lee Jeter said.

“Anytime that we as an organization, or any organization, has an opportunity to give back to those who have made the sacrifice to serve and put mind, body and soul on the line for this country, then I think we have an obligation to help them, because they’ve done so much to help us.”

The NWLA Fuller Center is fulfilling that obligation in two major ways. First, they’re partnering with the local Volunteers of America to help house veterans on recently donated land that’s been designated as veterans’ property.

As part of the partnership, the veterans first receive help from the VOA, which runs a transitional housing program for veterans who have been homeless or down on their luck. When the veterans finish with the program, the NWLA Fuller Center works with them to build decent and affordable housing on the donated land.

“We’re trying to re-enter those veterans back into society basically, to help restore them,” Jeter said. “As soon as those veterans are ready to come out of the transitional program, they find suitable employment, they deal with addictions or whatever other problems they have, then we’re going to provide them with an opportunity to have decent and affordable housing so they can reunite with their family.“

Jeter said the local Fuller Center has also recently entered into a Memorandum of Understanding with the local veterans hospital. As part of the understanding, the hospital identifies veterans who need rehabilitation assistance on their homes.

“We’re going to extend our Greater Blessing program to help those veterans, and the VA is actually going to help us raise the money so that it won’t be an out of pocket expense to veterans to pay for the materials necessary to make the repairs to those homes,” he said. “We have many, many veterans that are homebound, and are living in their owner-occupied homes, but they do not have the physical strength and the financial resources to maintain their property.”

This unique partnership allows veterans to stay in their homes and out of nursing homes for as long as possible.

Gerald Pierce, a 71-year-old Air Force veteran who served in the Vietnam and Korean War, recently has his house repaired during the Millard Fuller Legacy Build.

“He suffers from some medical issues, and he is on a fixed income. His house was in a state of disrepair,” Jeter said. “We put in a walk-in shower in his house, we replaced some of the exterior fascia boards and done some major repairs to the exterior of his home.”

Jeter, who served in the Marine Corps for 21 years and is now a veteran himself, said he has a heart for helping other veterans.  His passion for this service has been infectious to other members of NWLA Fuller Center and to people throughout the community.

Read more stories on ways the Fuller Center is partnering with veterans: