Cost to sponsor a new house for a family: 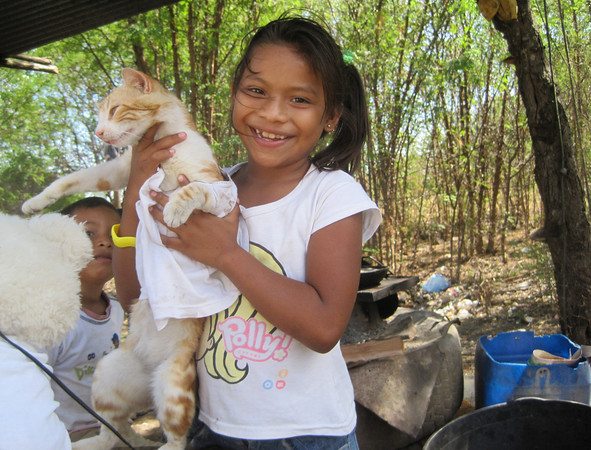 Nearly seven years and many email exchanges later, Director of International Field Operations Ryan Iafigliola was able to visit the Pacific coastal village of Las Peñitas where the group will work near their base in nearby Leon. The covenant partnership was signed in January 2012.

Propose a trip now or learn more about joining a trip on our our Nicaragua Global Builders page.

Nicaragua is the largest country on the Central American isthmus. Because of its wide-ranging ecosystems, it’s considered a biodiversity hotspot and a popular destination for eco-tourists. The country has a population of about 6 million.

Las Peñitas is a coastal village where many of the inhabitants are fisherman. It is an indigenous village with their own elected council, who have been seeking outside partners to help their community. When they learned that The Fuller Center was starting in Nicaragua, they invited us to help them with their substantial housing needs. They have also reached out to other organizations to help with other community necessities like constructing better schools and improving the quality of the drinking water. The Fuller Center is excited about supporting local initiative and playing a crucial role within the larger picture of the community’s future.

Although still a new project, the Nicaragua group is getting a quick start with over 50 new homes or major home modifications completed by June 2015, with plans for at least 40 to be completed over the following 12 months.  In order for this to be possible they will need volunteers like yourself to swing a hammer and donors to fund the projects. Each trip also results in funds generated for the project, so if you are interested in volunteering check out the Global Builders page for upcoming trips or to propose a new trip. To make a donation to a project click the donate button below.