The Fuller Center for Housing has announced a new covenant partnership in Joplin, Mo., emphasizing a commitment to 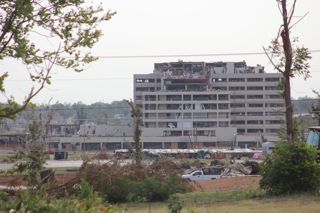 repairing the damage caused by a devastating tornado that ripped through the city just six months ago.

“There is an immediate need to help families,” Joplin Fuller Center director Bob Barker said. “Thousands of families have been disrupted … some are in FEMA temporary housing units, some are still living with families, and there was a time when there were a few identified folks living in their cars.”

Director of U.S. Field Operations Kirk Lyman-Barner said he thinks the new covenant partner will fulfill a crucial need for residents who are displaced or have damaged homes.

“When Fuller Center president David Snell and I visited along with Graham Houston, who heads up our Kansas City covenant partnership, we witnessed what we often see after a crisis – a compassion for the victims and a resolve to rebuild,” Lyman-Barner said. “What sets this community apart from many others is the quality of leadership and the spirit of cooperation among local officials, existing nonprofits and local churches. Bob has pulled together a fantastic local team and they will be there for the long haul.”

Barker, who grew up and has lived most of his life in small towns just outside of Joplin, saw firsthand the devastating effect tornadoes have had there. For him, the recovery efforts are personal.

“To see the devastation is just overwhelming and then when you know people whose homes have just been flattened and demolished, and their lives have been knocked down, it wasn’t a very big leap to identify with what the needs are in Joplin,” he said. 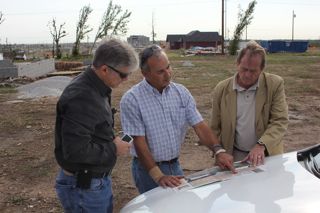 Many other Joplin residents shared his concerns, and will bring not only a shared sense of compassion, but also their own areas of expertise, to the organization.

“Everybody is just really excited about the possibilities,” Barker said. “We have a really good mix of board members … we all have different backgrounds.”

Barker said their initial goal is to focus on rehabbing homes, especially identifying families who are uninsured and underinsured. They hope to begin their first project soon after the first of the year.

In the next three to five years, the group will focus on new home construction. Another long-term goal is to renovate specific neighborhoods.

“We are going to eventually branch out beyond the immediate catastrophic area of the tornado to other locations as well,” Barker said.

“We’re getting into phases that we hadn’t anticipated, but we see it as a challenge and an opportunity to use some of our resources to respond and make a difference.”