When you think of places The Fuller Center for Housing works, the 31st wealthiest county in the nation probably does not jump to mind. But Lake County, Ill., is home to the newest Fuller Center covenant partner.

But while Lake County indeed boasts a lot of wealth, there also is a wealth of denial — denial that poverty also impacts the area, particularly in the housing sector. 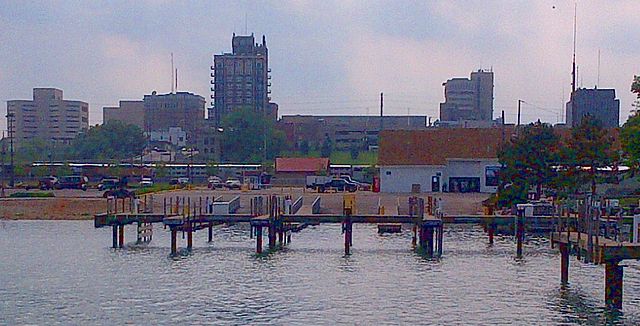 “We’re the 31st wealthiest county in the country,” said Yvette Ewing, president of the new Fuller Center for Housing—Hero Project Lake County, based in Waukegan, Ill. “There’s a denial through the wealthy community that this poverty exists in the county. They’re like, ‘Oh, no, not in our neighborhood, not where we live.’ But the reality is that it is here.”

Just as troubling to Ewing as the disparity of wealth in Lake County is the fact that there are 3,000 foreclosed homes in Waukegan, a city with 1,000 homeless people. Fortunately, she unexpectedly bumped into a solution at a recent Land Bank conference — literally, in the person of Fuller Center board member David Forehand, an attorney from Cordele, Ga.

“He heard me telling somebody else I was a grant writer,” Ewing recalls. “He tapped me on the shoulder and we got connected. He told me about the ministry. I was real excited and got back and started Googling and started reading deeper and deeper and fell in love with it. I’ve been hooked ever since.”

“It’s often said that word of mouth is the best advertising, and our Fuller Center Board of Directors are among our greatest spokespersons,” Director of U.S. Field Operations Kirk Lyman-Barner said.

Ewing has been deeply involved in helping the area’s churches put their faith into action by identifying pastors’ strengths and interests and then applying those to areas such as food, jobs and education. Housing was the missing piece, and that’s why The Fuller Center and particularly the Save a House/Make a Home initiative’s method of filling foreclosed homes with families captured Ewing’s attention.

“As I’m getting to know the programs, that is definitely the one that makes the most sense for our footprint right now,” Ewing said, adding that there are also many vacant lots in Waukegan that could be primed for a second phase of work in building new homes.

Waukegan, which legendary comedian Jack Benny made famous as his beloved hometown, sits midway between Chicago and Milwaukee and has had an influx of Hispanics who she says were encouraged to go to the suburbs by social service programs in the cities. But the ‘burbs have become anything but the promised land, leaving many families isolated from job opportunities and public transportation.

“The Fuller Center for Housing was our missing piece,” she said. “This is the perfect ministry that aligns with what God has called us to do. We have the relationship, we have people, we have people with resources to invest, and we have people who want to build something sustainable. And I already know the partners who are going to be good at what part.”