EARTHQUAKE UPDATE:
We have a report from the ground in the village of Trishuli (just 30 miles from the epicenter of April’s disastrous earthquake) and all 11 of the Fuller Center homes we’ve built there are structurally sound and our partner families are all safe. That’s wonderful news, but the report also stated that many of the surrounding buildings are destroyed. The Fuller Center will be there for the long haul to help the wonderful families of the village rebuild their lives — starting with a decent, safe place to live. 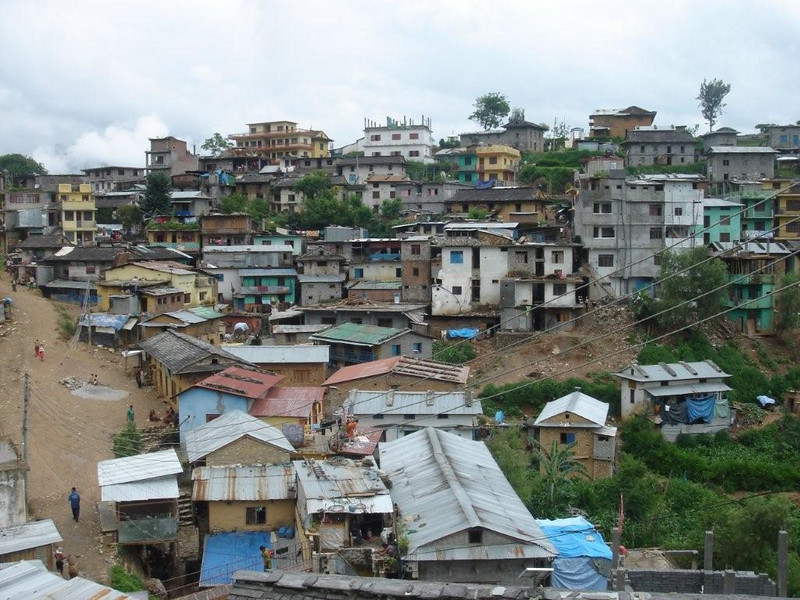 It was here that the Fuller Center began its first international initiative. Civil unrest and the destruction of homes by rebels halted the project and forced workers to abandon the site. In 2008 the Fuller Center became recognized as an international NGO in Nepal and resumed work on a new site for the Rana Tharu, an extremely poor group of people living in the far western region of Kankad. An entire village of 63 houses is being relocated to higher ground out of a river bottom that frequently floods the Tharu’s homes. (Kankad means “sand” in Tharu.) The first segment of the project will construct 12 houses. Nepal’s Rural Housing Company and the Shelter and Local Technology Development Center, an NGO, are The Fuller Center’s partners in this project.

BACKGROUND
Nepal is among the poorest and least developed countries in the world. It faces a severe lack of skilled labor, and nearly one third of the population lives below the poverty line. The Rana Tharu are tenant farmers that come from a long history of subjugation. In the 1850s, a caste system was put in place with the Tharu people at the bottom. Still, they lived in relative peace until the 1950s when malaria was eradicated from their land in the Terai region. Outsiders were drawn to the fertile farmland and soon the Tharu people found themselves enslaved through the Kamaiya system of bonded labor.

The Kamaiya system ended in July 2000, but conditions have not fully improved. The Tharu still farm, but the land they now work is swampy and prone to floods that destroy their labor. Many supplement their farming with employment in one of the cities. Some travel south to India for work, where they are looked down upon by locals and often abused. 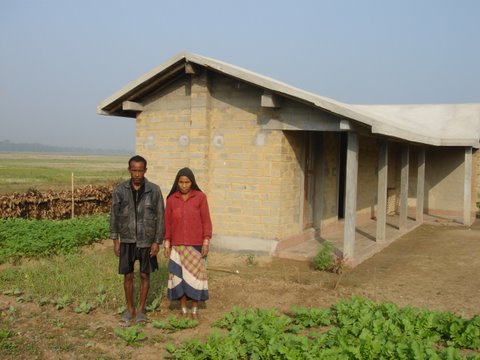 The plots were donated by Nepal’s Rural Housing Company, a public/private agency that controls most of the country’s land. It was already looking to relocate the village away from the river. Despite the modest cost, each house will eventually be home to several generations of one family. Each house is being made of stabilized mud brick, which the residents are manufacturing on the site. The Fuller Center is constructing core houses, enabling families to have the basics with room to expand. Most homeowners already have plans to add on additional bedrooms. The project is overseen by the Fuller Center’s country director, Samuel Tamang. Many thanks to Samuel and B.L. Shrestha for their perseverance in the face of tremendous obstacles.

GOALS
Community meetings began November 2008 in the city of Trishuli. Trishuli is about 50 miles northwest of Kathmandu in the hilly country where there are significant Christian communities. The current project will hopefully result in the construction of 50 homes there.