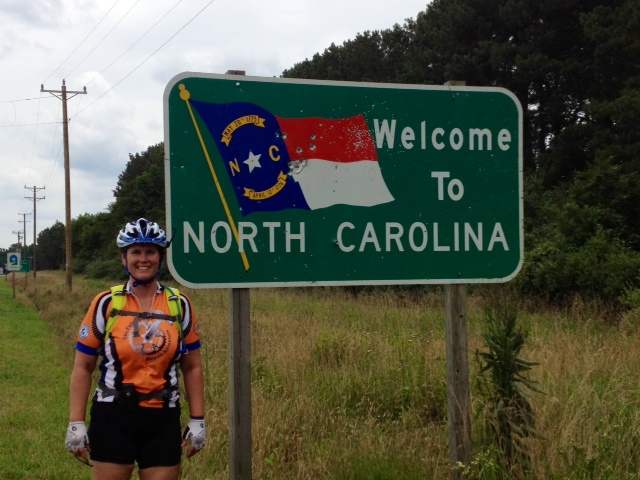 Today was my very first ride with the Fuller Center Bicycle Adventure. I heard about the Fuller Center bike ride by way of “googling” unusual bike adventures. What was most appealing to me was the volunteering aspect.

The reason I was looking for an unusual bike event is because I wanted to participate in an event in every state of the union. It may take me forever, but that’s OK! I’ve got nothing but time!
Anyway, I was a little nervous, because I didn’t know what to expect. I was unfamiliar with the area and afraid of getting separated from the group. But that’s the fun of an adventure, not knowing what’s going to happen that day. I was also a little worried about how my age would affect my riding. But I was relieved and surprised to find how well everybody gets along. It’s as though we’re one big family.

Aside from that, the ride has been so beautiful and peaceful. I passed by many bird sanctuaries, and I love hearing the sounds of the many birds in the surrounding areas.

All in all, I know I will sleep soundly tonight.