The basic founding principles of The Fuller Center for Housing’s ministry could not be more clear: “We are unashamedly Christian.”

So, when people who are not familiar with The Fuller Center’s work see pictures of Christian volunteers working alongside Muslim homeowner partners in Shreveport’s Allendale neighborhood at the 2015 Millard Fuller Legacy Build, you can understand why they might be taken aback for a moment.

But those who have long been associated with the ministry know that founder Millard Fuller believed that his deep Christian faith required him to “love thy neighbor.” Whether those neighbors are Christian, Muslim, Jewish, Hindu, Buddhist or even of no faith, The Fuller Center’s mission remains to share the love of Christ with them through the building and repair of homes. 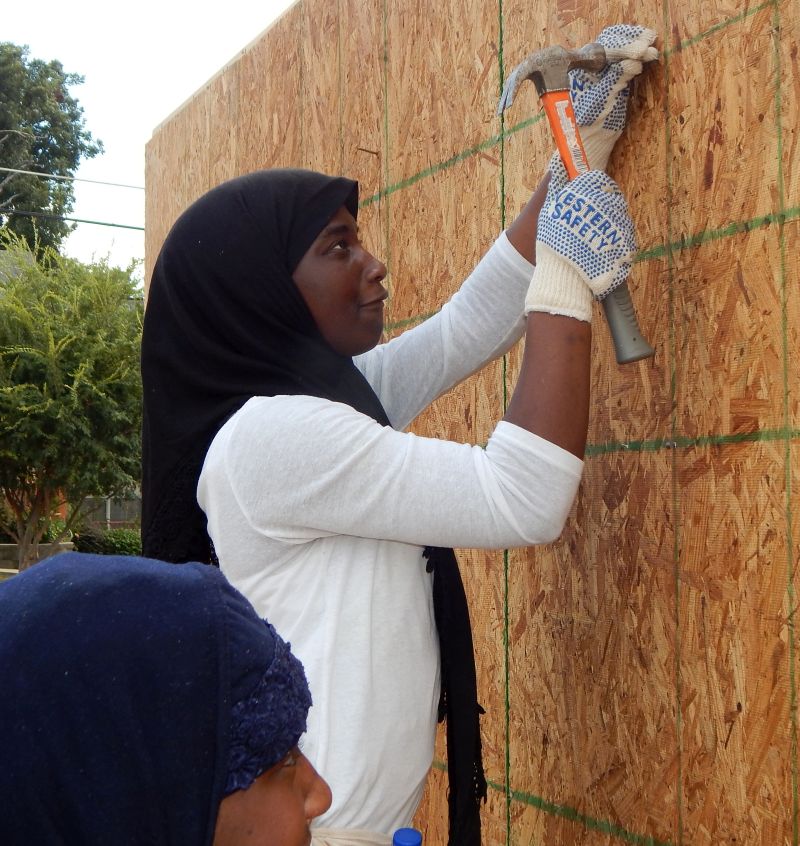 “The Fuller Center is an unashamedly Christian organization, but part of being a Christian is that you reach out to all folks in need,” said Fuller Center President David Snell, who helped draft those founding principles and is volunteering this week on the home that will belong to Lytonja Smith and her eight children.

“Just as Jesus reached out to the Samaritans, we’re called to reach out to all of God’s people who are in need,” Snell added. “If they have a need and we can find a way to work in partnership with them, then that’s what we’ll do.”

Smith is a determined woman who escaped an abusive marriage and is raising eight wonderful children — the three eldest are excelling in college, while the five youngest attend local public schools. She says that while the headwear that she and her daughters don on the work site may make them stand out from the crowd, they consider themselves of one spirit with the Christian volunteers around them.

“It’s such a blessing,” said Smith, whose family will occupy the Millard Fuller House. “There are many times in history where people of all nationalities and religions come together as one. And here we’re doing that. We’re one people. We’re just like them. We have the same needs. We have the same wants. We have the same aspirations for our children. Maybe this will be an example for those around us.” 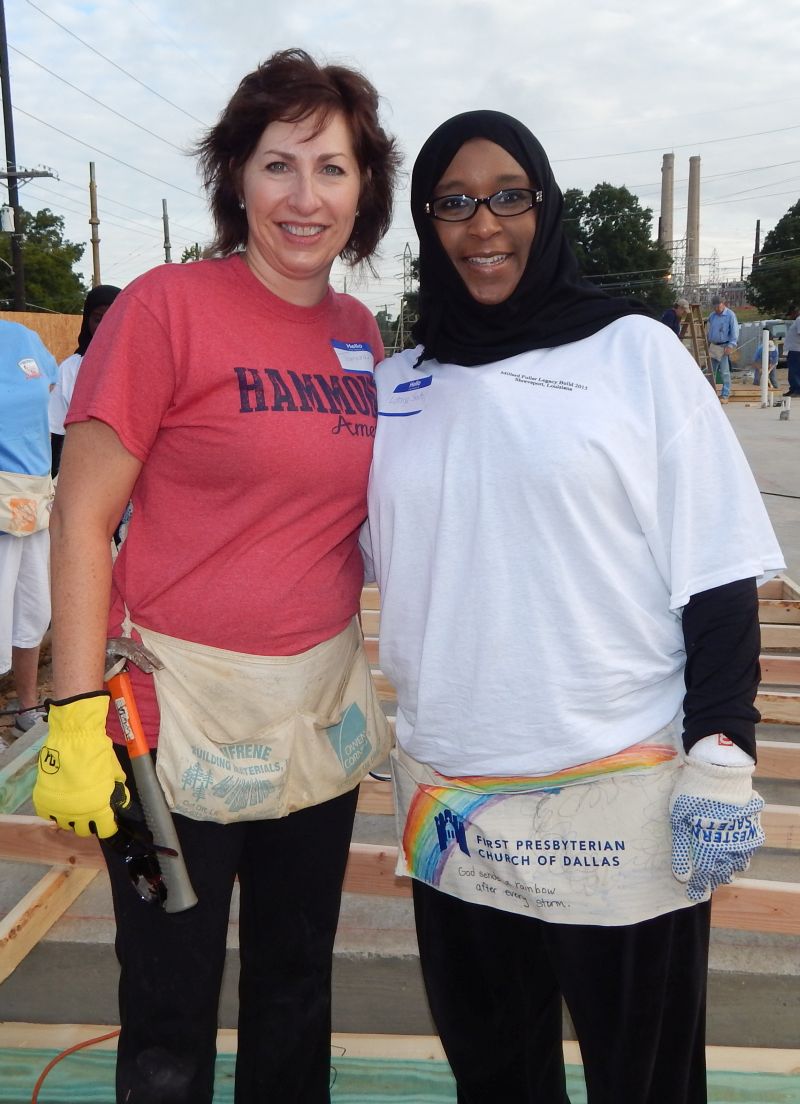 Snell said that The Fuller Center’s work with Muslims here or with Hindus in Nepal or Buddhists in Sri Lanka builds much more than homes — it also builds trust and peace.

“We’ve come to a place in our history where the relationship between the Christians and the Muslims is about as bad as it’s been in centuries, and so often these relationships break down because we don’t know how to talk to each other,” Snell said. “Having an opportunity to actually spend some time with some good solid Muslim folks is a healthy thing for the good Christians and also a good thing for the Muslims. If we can spend time together and figure out that we’re not all that different, it makes it easier to be at peace with one another.”

“This is a great family,” Snell said. “The kids are very pleasant. There are some cultural issues we have to work through, such as that we can’t shake the hands of the young ladies. But the kids are just very hard-working and very engaged. They’ve done a great job raising those kids. And the mother’s out there pounding nails with all the rest of us, so it’s kind of fun.”

Smith said that house leader Kenneth Young has been patient with her and the two daughters — Fatimah and Jasmine — who are old enough to join her on the work site.

Click here to see photos from Day 3 of the Legacy Build.