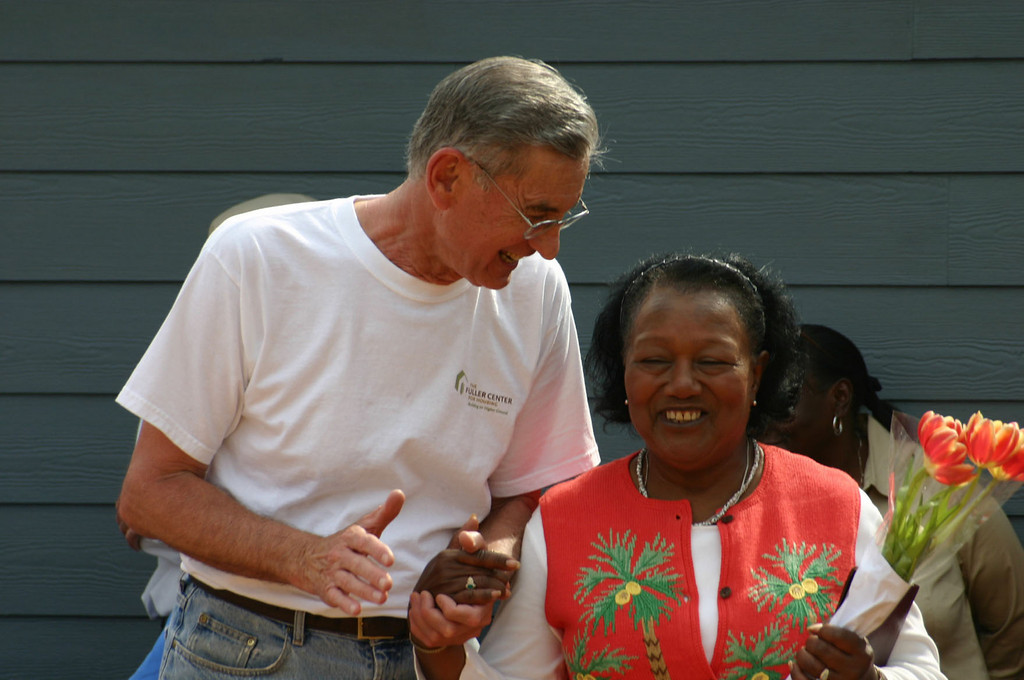 On the fourth anniversary of his death, we should pause to celebrate the life and works of Millard Fuller. Humankind is blessed, from time to time, with individuals of great power and wisdom, people who can take a simple notion and turn it into a movement, who can inspire those around him to do things they never thought possible. Millard Fuller was such a man.

It was a short 44 years ago that the first family was blessed by the Partnership Housing idea that Millard and Clarence Jordan hammered out. This was a new kind of charity, charity that lifted up those that were on the receiving end of it and turned them into givers as well. It was a new kind of charity that engaged people of all backgrounds directly in the production side of the work, getting houses built. Since that day, 44 years ago, hundreds of thousands of houses have been built, fundamentally transforming the lives of the millions who live in them. Other millions have been just as blessed for the opportunity of helping pay for and build those houses.

One who can measure the lives he’s blessed in the millions is one who has, by any measure, achieved greatness. Shakespeare wrote that, “He is not great who is not greatly good.” Millard passed this test as well, for his goodness was an inspiration to us all. Millard was best friends with everyone he met. No one left his presence without feeling better for the encounter. He served in quieter ways as well, raising four great kids, helping put African students through college, picking up trash along the side of the road.

So today we honor Millard for the life he led and the legacy he left behind. He’s a hard act to follow, but we here at The Fuller Center are well aware of the obligation — and opportunity — we have to keep his dream alive. We greatly appreciate all of those who are helping us do that, pounding nails, riding bikes, restoring broken communities. And thank you, Millard, for dreaming big. We’re working hard to keep the dream alive and do you proud.