As most of you know, Millard Fuller, founder of The Fuller Center and Habitat for Humanity, was a prolific letter writer all of his years. For my two sons, receiving a letter from their granddaddy was the highlight of their day. Many of you felt the same way. His energy and enthusiasm was transmitted through the written word. 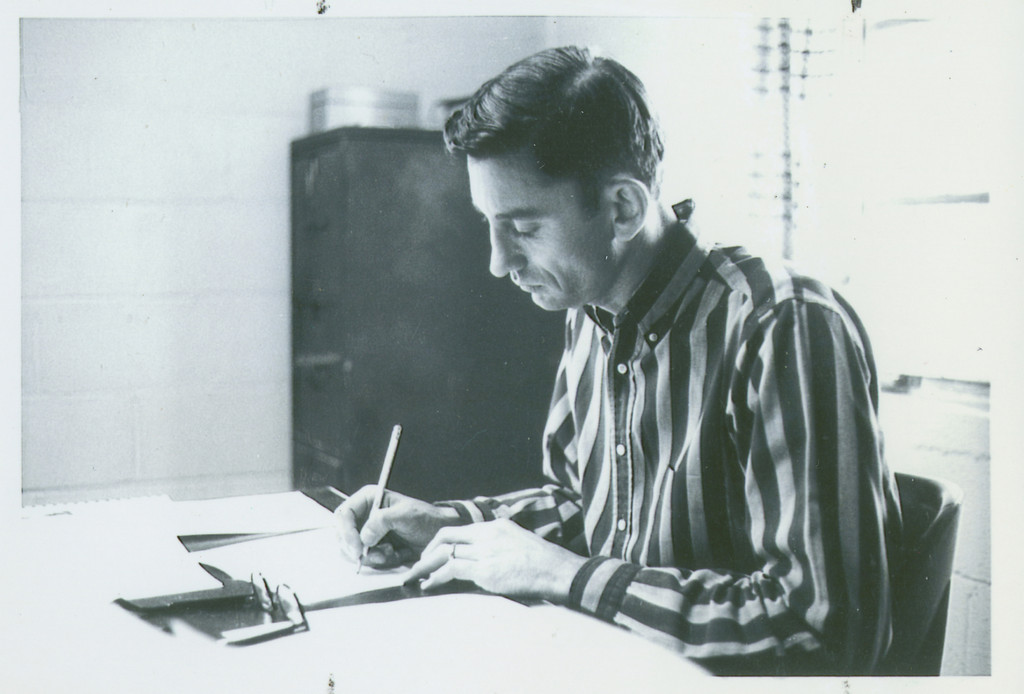 Recently, my curiosity led me to visit the Archives of Habitat in Americus that houses records from the years Millard and Linda led that organization. As I entered the archival room, I stood in awe at the long shelves, 10 feet high and 20 feet long, holding perhaps more than a hundred boxes of Millard’s correspondence and other records. (Note: Much of The Fuller Center’s and the Fuller family’s collection of Millard’s works are now being archived at the University of Georgia.)

The first box was dated 1973 and contained letters written during the Fuller family’s time at Koinonia Farm when partnership housing projects at Koinonia were beginning. Again the energy leapt off the page. The first letter dated May 31, 1972 and addressed to Sterling W. Schallert begins:

“Dear Sterling,
I’m going to write you on impulse. A few days ago, I walked down through the new Koinonia village where we have laid off thirty one-acre lots for new houses for poverty families, and I got so excited at seeing this new village take shape (the first two houses are nearing completion) that I raced down to my little study shack and wrote a close friend in Ohio and asked that he get six committed people to send $6,000.00 each to build six more of these houses. (I don’t know where I got the number 6. It just sounded like a good challenge — $36,000.00) Well, I didn’t get the $36,000.00, but I did get $6,000.00 and he’s working on the other $30,000.00!”

Another letter from Millard  when in Mbandaka, Zaire dated August 30, 1973:

“… my next step will be to start a housing project like the one at Koinonia. Housing conditions in the city are deplorable. For example, it is not at all uncommon for a family of 6 or 8 to be living in a little crumbling straw and mud shack smaller than an average size bedroom! I’ve already talked this over with the leadership of the church and they’re very interested in pursuing such a venture. We are not looking for a plot of land suitable for 30 or 40 houses.”

Letter after letter addresses the extreme poverty and the needs of the people. Halfway through
reading the first box of correspondence I realized Millard’s energy came from his deep compassion for others. He was tremendously excited to know that sharecroppers living in shacks around the Koinonia Farm would soon have a decent house with running water, a solid floor and a roof that didn’t leak and that they would pay for the house on terms they could afford.

After moving his family to Africa, Millard would write back home, telling all who would listen and respond that the people in the villages surrounding Mbandaka, Zaire, needed eyeglasses, wooden prosthetic legs, sewing supplies and Bibles. His compassion spurred the action, and they were tied together.

All of us here at The Fuller Center are deeply grateful for your compassion; compassion that has led many of you to respond by making a regular monthly donor gift, or by making a significant capital campaign gift, or by supporting the Bike Adventurers, or for a gift that builds an entire house for one overseas family. (Click here to see the many ways you can support our ministry’s work.)

Thank you, loyal friends! Millard left us and many others around the world a lasting legacy of responding to the world with compassion by giving and by asking others to give. I would love to talk with you about making a lasting gift to The Fuller Center for Housing.

Click here to learn how Planned Giving works and changes lives for years to come.