Though many volunteers at the Millard Fuller Legacy Build have come from all corners of the nation to build homes for people in need this week, a minority has traveled even farther.

Among them are Zenon Colque and Ana Tarazona, both of whom traveled Monday from Peru for the build. 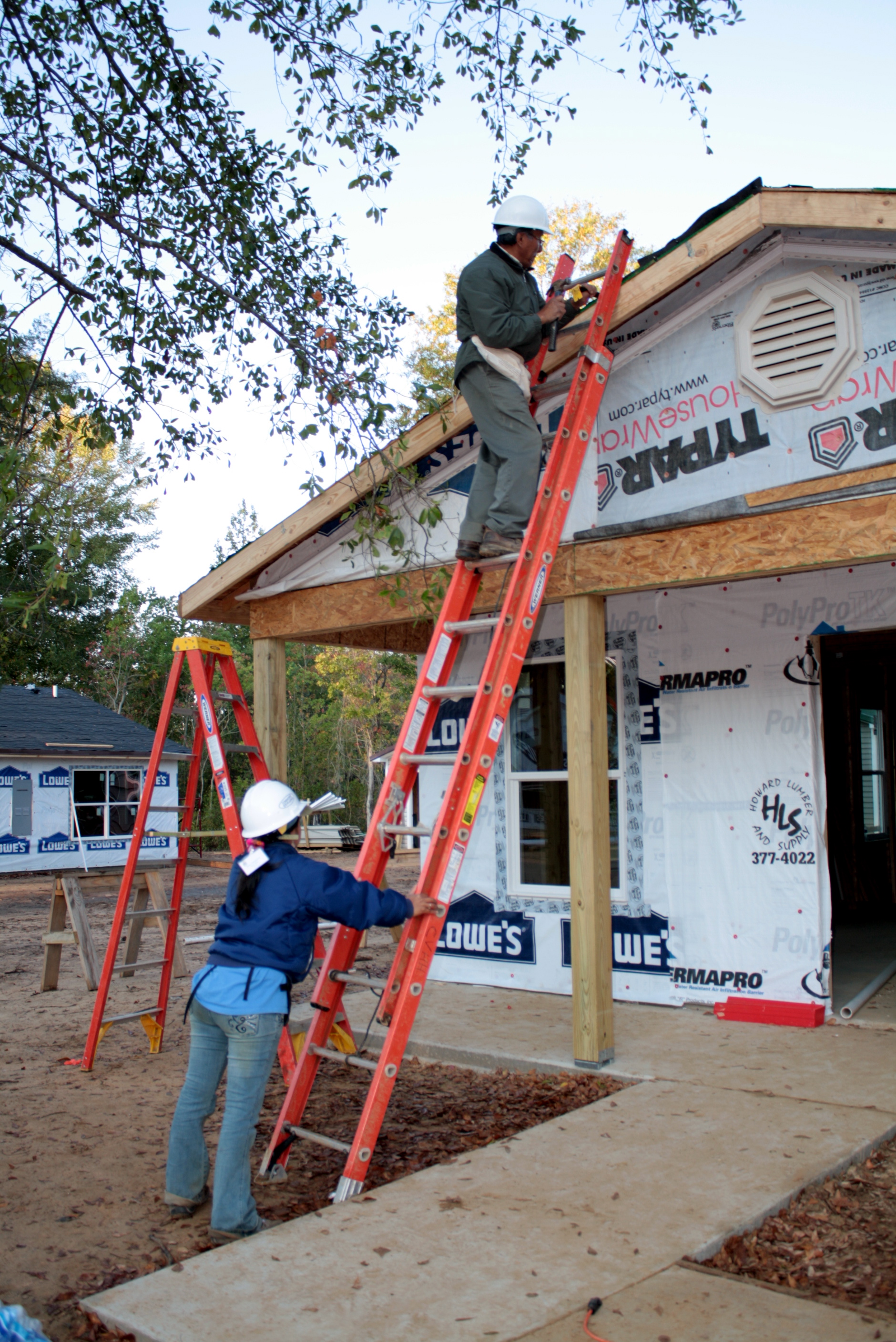 Fuller Center Director of International Field Operations Ryan Iafigliola said having international partners present at this week’s blitz build presents a different perspective for many in the U.S.

“So often the image that people in the United States have is that we are the ones who are giving and helping everyone else around the world – and that’s true – but what’s easy to forget is that these people that we’re helping are also givers too,” he said. “It’s great to be able to show that by having these international volunteers with us.”

These global builders said they’re also excited to be on the site.

“I came to see if somehow I can encourage people and also return the help that we have received,” said Colque, who directs The Fuller Center for Housing–Peru.

Colque’s involvement in the affordable housing movement started in the 1980s when he met Millard Fuller, founder of Habitat for Humanity and The Fuller Center for Housing.

“I was deeply involved for almost 15 years when I decided to resign and to do something else. But then years later I learned about Millard – that he had a new organization called Fuller Center.”

In 2008, Colque renewed his passion for the ministry and launched the La Florida project, which aims to build 448 houses in the province of Cañete, located south of Lima. Land was purchased for the project from the local government at a steep discount.

Most of the families with whom FCH–Peru is working are migrant workers or day laborers, particularly from the Andes Mountains. Many live in structures made of reed panels, which are flimsy and lack privacy.

So far, FCH-Peru has built homes for 34 families in Cañete. Tarazona, who traveled to Minden this week with Colque, is one such homeowner.

“She was one of the first recipients. She is here to learn about Fuller Center – their spirit and how to work together so we can improve the way we are building,” Colque said.

Tarazona, who speaks very little English, also shared the journey she undertook to find a permanent home for herself and her three children, who are now 12, 11 and 3 years old.

“I was living in Huancayo, a city on top of the mountain by the Andes Mountains. I had three kids, and I was renting a room. Every day the rent was going up and up and I was not able to pay the rent, and at the same time feed my children,” she said in her native Spanish tongue. “When I heard about Fuller Center when they were going to begin a project in La Florida, I had no doubt. I took my backpack, my children, and ran to that place.”

Her travels took nine hours by bus, and she had no plan other to take a leap of faith.

“She just went to La Florida without knowing how big the town was or where she would live,” Colque said. “Her determination is what impressed me.”

Tarazona said her life has improved drastically since she made the decision to move.

“In the past I was renting a room, and sometimes I had to move from one place to another to look for another room. I had to move with my children and find schools. It was very difficult. I had to survive. It was not living – surviving. Now I have a place. It’s the same place that it’s been for years, and I have friends and I am somebody that counts in the town,” she said. “Without noticing I became a friend of a lot of people, and a leader of the town. I want to take advantage of this leadership and help other people.” 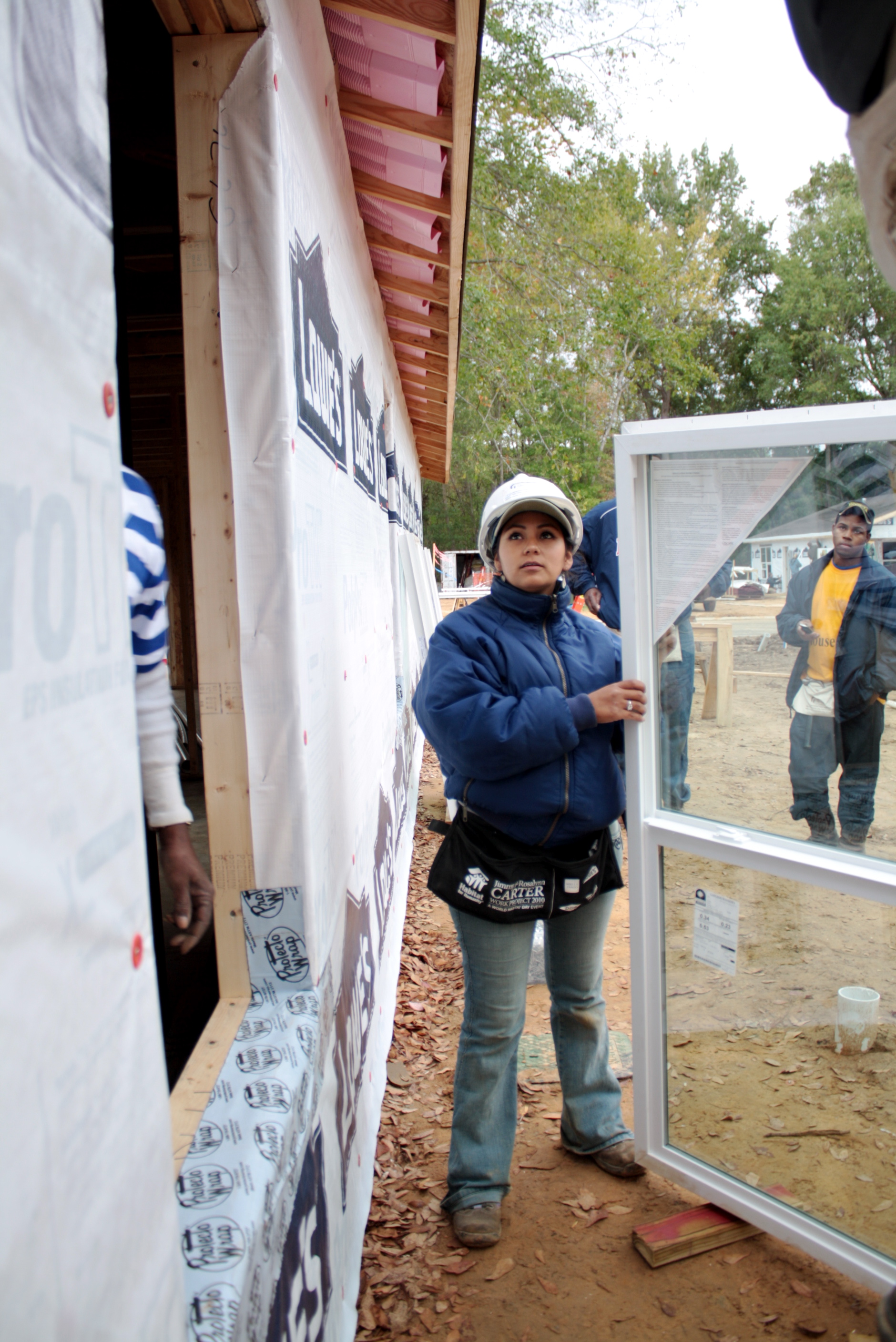 In fact, Tarazona said she has plans to run for mayor of the town, and now works with The Fuller Center to give other families what she had been given.

When Millard Fuller passed away in 2009, the residents planted 74 trees – one for each year he lived – but the need for more trees is still present.

But, Tarazona said she also sees many solutions to these problems in the town she now calls home.

“It’s a small town with a lot of hope and heart,” she said.

And she said she also envisions many more families in Fuller Center homes in the future.

Her trip to Louisiana this week was the first time she’d been outside of Peru, and her first time on a U.S. construction site.

“It’s a well-organized group. Everything is in place. There’s a lot of unity, and of course the houses are completely different than Peruvian houses,” she said.

Though they’re on the site as volunteers this week, Tarazona and Colque said they have dreams of hosting the Legacy Build in Peru one day.

“To have the Legacy Build in Peru is our dream, because we can move not just visitors from the U.S. and other countries, but from Peru. That’s what we need, that’s what we have to teach them – to help others. I’m sure that we can make it happen,” Colque said.

But no matter what, the dedicated Peruvian leaders said their goal is to keep working toward the vision with which Millard Fuller inspired people around the world.

“We keep the heart in the name of Millard alive. It doesn’t matter how big or how small the houses are, or how big or small the budgets are,” Colque said. “Today what we are doing is not to just build houses – it’s building communities.”