Against the backdrop of today’s rising sun in Minden, La., hundreds of tool belt-clad volunteers raised the walls 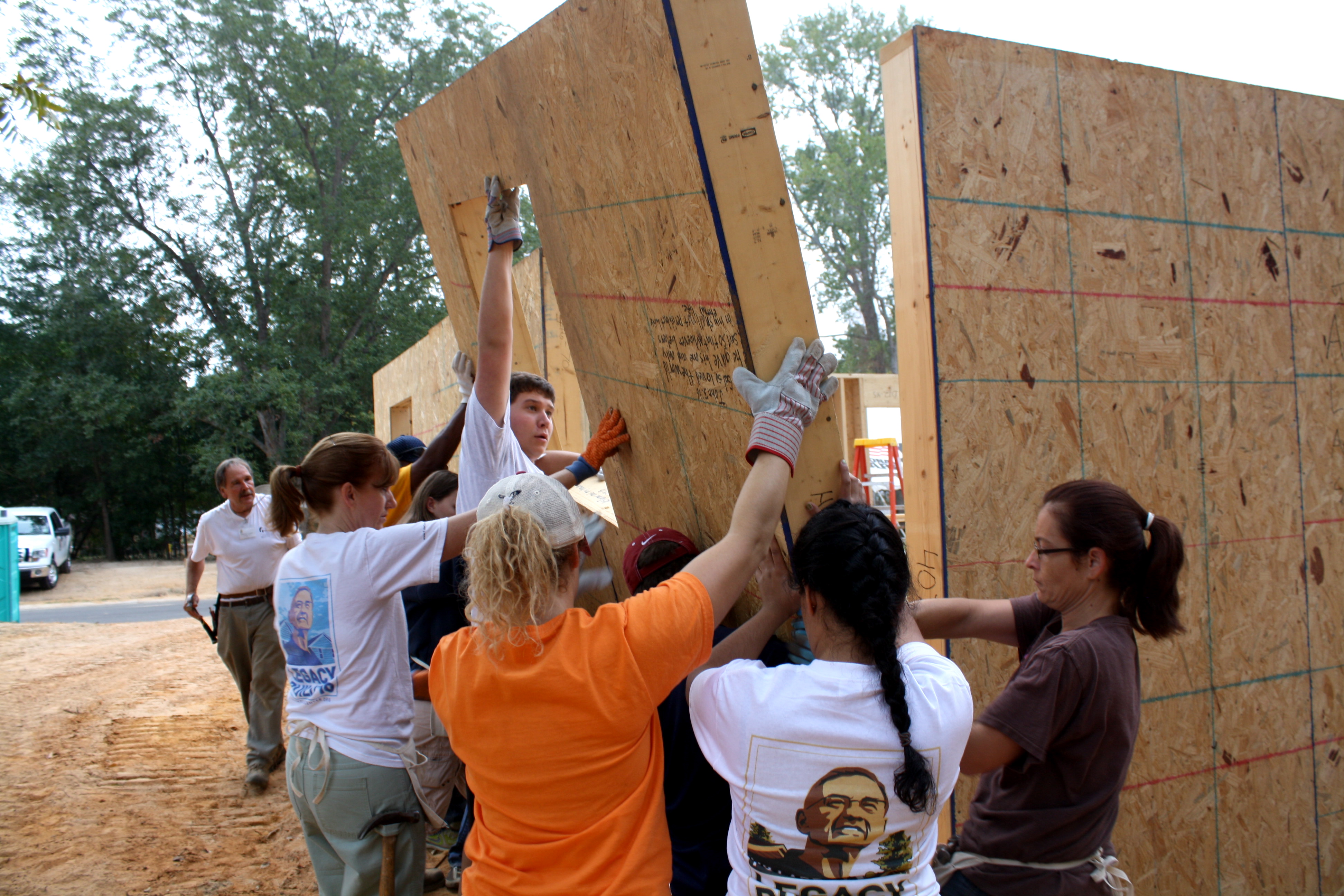 Their early morning efforts kicked off the Millard Fuller Legacy Build (MFLB), a weeklong blitz build in which volunteers will provide homes for over 100 families living in substandard housing around the world. The hub of activity will center on the host of this year’s event, The Webster Parish Fuller Center, in Minden.

“We thought we’d have too few volunteers but some local folks came to the table, and we’re buzzing out here,” The Fuller Center for Housing President David Snell said. “Every house seems to be pretty much on schedule.”

Sharon and Willie Anderson and their daughter Nikki, a senior in high school, are one of eight families who will move into their new home at the end of the week. The Andersons, who currently live in a trailer park, said they’ve anticipated moving for the past three years.

When they found their application had been accepted by The Webster Parish Fuller Center for Housing, they were ecstatic. 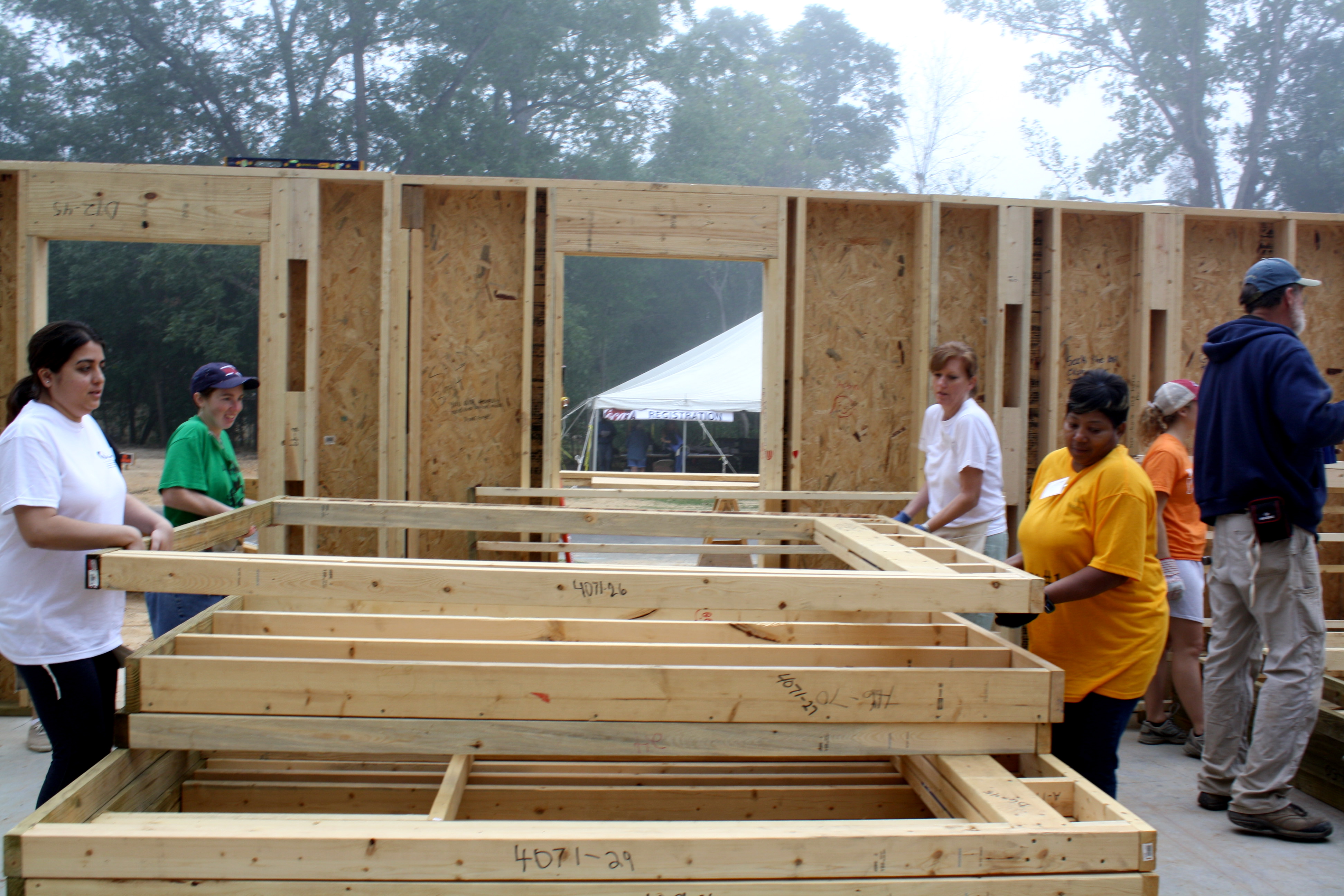 “We were excited – very excited – because of the living condition we were in. Today is the day we’ve been waiting for. It’s a new beginning,” Sharon Anderson said. “I don’t have the words to express the joyful feeling that I have. I can’t express how much love is around … It’s just a blessing for all the volunteers to come out.”

This year’s build has attracted volunteers from around the nation, but also right from Minden’s backyard – including Gene Reynolds, who is currently running for state representative, and his wife Martha.

Though elections are this Saturday and they’re running on a tight campaign schedule, the Reynolds said this work is a priority.

“I think we all need to take a step back and try to help your neighbor,” Gene Reynolds said. “A lot of times, we don’t, and we sit back and let things pass, and we look back and say ‘we should have done this or we should have done that.’ Kicking in and helping is the right thing to do, and it’s what I want to do – and my wife, and a whole bunch of other folks want to do that too.”

Less than a year ago, MFLB volunteer Virginia Williams was in the Andersons’ position. For her, she said, the week of building is a way of  “paying it forward.”

Williams’ home in Hammond, La., was severely damaged in a hurricane in 2008. For three years, she and her husband and three children lived in the tarp-covered home.

The Ginger-Ford Northshore Louisiana Fuller Center started building a new home for the Williams family in May. In the beginning of October, the house was finished and dedicated to the family. 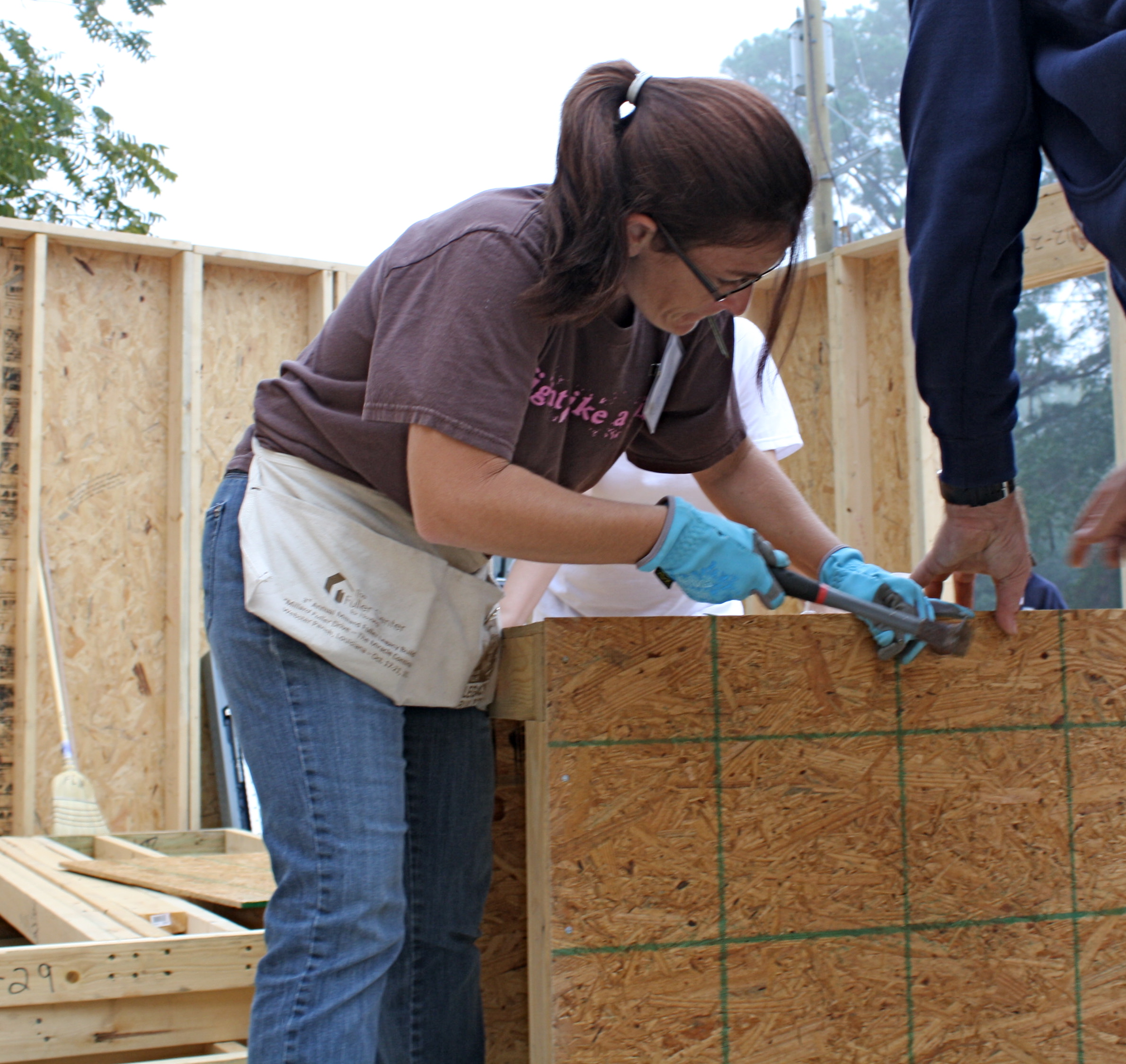 on a light switch to running bath water, to cooking a nice hot, decent meal, to having children go to sleep in their own rooms … it’s just little things that I appreciate that can’t be taken for granted.”

Though it’s been less than a month since moving into the home with her family, Williams has already expanded her role as a Fuller Center homeowner to a Fuller Center volunteer as well.

“The only thing I could think about was, ‘Wow, I’m getting a new house.’ But I got so much more than that. I got a new outlook on life, I got a new perspective,” Williams said. My children got a sense of charity and contribution –because they helped build the house. ‘Pay it forward’ is completely our attitude now.”

“I’ll always continue to pay it forward, every chance I get. From volunteering to helping to talking, to whatever I can do. This is just an honor to work for The Fuller Center and to be a part of it. I just want everybody to feel this joy.”

View more pictures from the build so far